Your First Saturn Return: Learning From Myth, Growing Through Failure 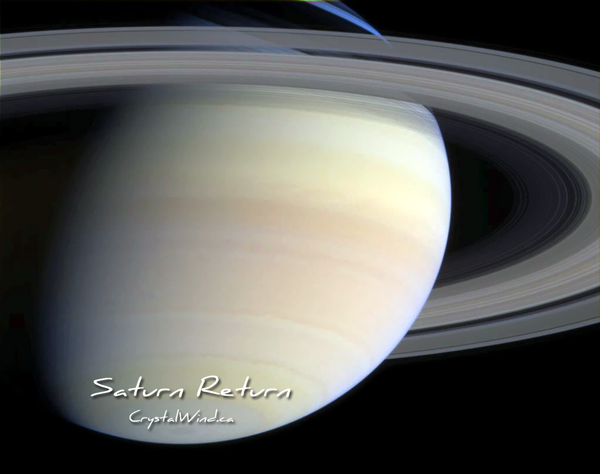 If you are into astrology, and in your early twenties, chances are the topic of the Saturn Return has already begun to loom large in your imagination. And if you’re anything like me, you have likely started to research the topic, avidly hoarding any piece of information you could find – perhaps with sheer dread (that was indeed my case), or maybe out of simple curiosity –, in the attempt to predict the outcome of your first encounter with the ringed taskmaster.

The first Saturn Return is one of the most popular and debated subjects in astrology: at some point, after our entrance into the realm of stars and signs, we are told that, sooner or later, we will have to stand the test of Saturn in order to cross over into cosmic adulthood. It’s therefore understandable to have a few questions about the topic.

Trying to understand the meaning of the first Saturn Return, though, can be a frustrating task. Mostly, because each one of us has an unique experience of this planetary archetype, that largely depends on Saturn’s natal placement by house and sign, and on the aspect made to other planets. Even though we read about “life lessons” to be learned and “blockages” to be pushed through, we might struggle with putting these seemingly nebulous concepts into perspective and applying them to our day-to-day life during our pre-Saturn Return years. This is normal – it’s hard to internalize the meaning of a whole experience we’re yet to have, let alone a life-altering one, especially if it’s unique and tailored to our chart.

This is why I decided to write an article summing up everything I wish people told me about my first Saturn Return, combining mythical references and things I have learned from personal experience. Let’s explore the meaning of your first Saturn Return, starting from scratch.

Whole books have been written on the subject of Saturn and relative astrological interpretation, the most famous one being Source by the legendary Liz Greene. If you’re reading this page, you are probably acquainted with the symbolism behind this planetary archetype. Astronomically, Saturn is the sixth planet from the Sun, a gas giant and the second largest body in the Solar System after Jupiter (which, in many ways, it’s Saturn’s antithesis). Astrologically, the rings that surround this planet suggests the sense of limitation and restraint it is known for.

It takes Saturn approximately 10,759 Earth days (or about ​29 1⁄2 years) to complete one revolution around the Sun, which means that roughly every 29 years, Saturn circles back to the same place in the sky that it occupied in our natal chart. The moment when Saturn crosses his natal placement in a chart (which can happen up to three times in a single life span) is known as Saturn Return, the rite of passage, the coming-of-age moment that raises so many questions in those who haven’t experienced it yet. The first Saturn Return happens around the 28th/29th year of age.

Sisyphus: how an ancient myth can help us understanding the Saturn Return

In the already mentioned book Saturn: A New Look at an Old Devil, Liz Greene wrote that “the stuff from which myth and fairytale are composed is a symbolic portrayal of the values of the collective unconscious psyche of man […] Beneath the many cultural differences which provide the superficial detail of these stories, there lies a bare simplicity of plot and character, for these are portrayals of man’s inner psychic experiences, the bare bones of his subjective life.” Perhaps this theory explains why, in reflecting on my experience of Saturn, I was repeatedly drawn to the myth of Sisyphus.

The tale of Sisyphus comes from Ancient Greek mythology. Sisyphus was the king of Corinth, who was punished in Hades by having to repeatedly roll a massive boulder up a hill only to have it roll down again as soon as he had brought it to the summit. Such punishment was reserved for Sisyphus due to his belief that his cleverness surpassed that of Zeus himself, and it consigned Sisyphus to an eternity of unending frustration. For this reason, this mythical figure is still associated with laborious, demanding tasks that are often pointless. There is hardly anything pointless about Saturn’s ways, but our path towards self-mastery can often feel Sisyphean in many ways.

It is my belief that the Saturn Return does not trigger events and shifts out of the blue. Saturn has been there, in your chart, all along – long before returning to his natal position. You are already familiar with the nature of your very own Sisyphean boulder, and probably grew frustrated with having to roll it up a hill time after time. To put it plainly, Saturn’s placement in a chart indicates the individual’s major life lessons, struggles and fears, and, while the first Saturn Return is the moment when we are brought face to face with them in a realistic, pragmatic way, chances are we know what those challenges are all about long before that happens.

For instance, Saturn is in my sixth house. I knew where my major struggle resided, all along. I was aware of the task of redefining concepts like service and routine on my own terms, acquiring the skills I needed to stick to that vision and then simply commit to it. Years and years of failures, unsuccessful attempts to conform to other people’s plans and beliefs and fear to pursue goals that were my very own have stacked up, forming my own personal boulder of guilt and terror, before I was forced by circumstances to come into alignment with my true path.

In fact, before experiencing our first Saturn Return, we might lack confidence in our will and our purpose, and therefore allow ourselves to be shaped by outside influences like peer pressure and/or societal expectation. The friction between these influences and the awareness of our true calling doesn’t remain dormant until we reach our Saturn Return, nor do the recurring limitations that we are meant to overcome in a pragmatic, level-headed fashion in order to claim our highest potential.

How learning from your past can help you shape your future

If we strive to know ourselves, we come across Saturn’s territory at some point. That which seems an insurmountable wall, a mountain too sharply sloped to be climbed, that one thing we never seem to get right and yet we know we have to – but no attempt turns out successful, not until we truly understand ourselves and take responsibility for our own direction in life.

This might sound like a self-help cliché, but these repeated failures perfectly fit into a bigger picture, a greater design. In many ways, our true potential in this material world remains in a state of incubation until we are ready to make the most of it. In Greek mythology, which was co-opted by the Romans, Saturn went by the name of  Krónos and thus was occasionally interpreted as the personification of time. There is no better teacher than Saturn, the Father Time, to learn about how and why our development as individuals can benefit from persistence and perseverance, and it is often through experience that we become capable of making life choices that truly honour our nature and put us in sync with our true destiny.

Even though this might seem paradoxical, fear and failures are two valid allies in this process. Fear helped me defining what I did not want (I still had to face my worst fears head-on, graduate from high school at the very onset of the global economic crisis, finding a minimum wage job I didn’t like that was physically and psychologically taxing and for which the salary was ridiculously low but which ultimately helped me putting a foot in the publishing industry, juggling multiple jobs etcetera etcetera). Failure, on the other hand, helped me honing my skills, acquiring discipline and experience, and dodging what was never meant for me.

This is how, first through trial-and-error, and then by taking full possession of ourselves, we enter a new phase of our life, more settled and stable than the previous one. At that point, we do realize that those Sisyphean years worked in our favour, as did Saturn’s rings: we define ourselves, we pick a path and stick to it, we make our own rules and build a structure that is entirely our own, that supports us without smothering us. We reclaim our authority over our own choices, over the circumstances, over the way we deal with our emotional baggage and the systemic issues of our time. I have always been extremely critical of capitalism, for instance, so the idea of framing my future around becoming an instrument of capital production, a replaceable and alienated worker producing as much as possible for as less as possible, was definitely a no-no for me. Choosing to become self-employed was and is my own form of Resistance against a system that lacks ethics and humanity, but it wouldn’t have been possible prior to my first Saturn Return. I lacked the courage, the experience, the skills and I wasn’t really able to make decisions from a place of awareness. It all came with time. Time is key. So is patience.

Saturn humbles us first but rewards us later. His glyph is the scythe; we cut away the useless, the vain, that which isn’t ours to claim, and we reap the harvest of the seeds of self-mastery we have sown. We slay the dragon and bathe in its blood. We carry the boulder up the fucking hill. Unlike that of Sisyphus, our personal mythical tale can turn out to be a success story – proven that we embrace change and accept responsibility.