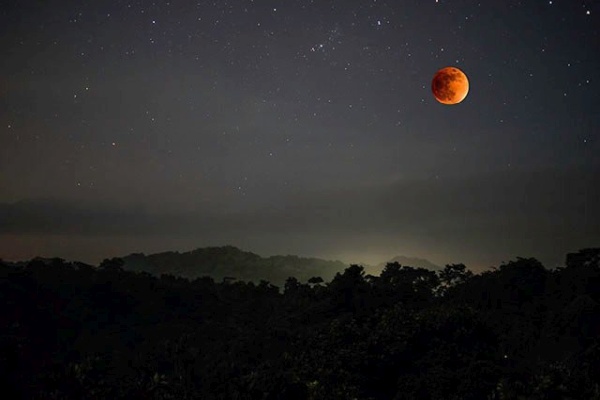 True transformation occurs only when we can look at ourselves squarely and face our attachments and inner demons, free from the buzz of commercial distraction and false social realities.  We have to retreat into our own cocoons and come face-to-face with who we are.  We have to turn toward our own inner darkness.  For only by abandoning its attachments and facing the darkness does the caterpillar’s body begin to spread out and find its light, and beautiful wings begin to form. ~ Julia Butterfly Hill

Within 5º of the Moon’s Nodes, we know that the Lunar Eclipse on November 19th (18th, depending on where you are in the world) is quite tight. And although it is a partial Lunar Eclipse the earth will almost entirely obscure the Moon as it slips between the Sun and the Moon this Friday. It is practically a total eclipse. We are told that it is also going to be the longest lunar eclipse of the century lasting approximately 3 and a half hours. Because the Sun’s rays will have to pass through our atmosphere to reach the Moon, it filters the light so that only the red and orange rays come through, creating the illusion of a blood red moon.

In order to see the eclipse the Moon will have to be above the horizon, and therefore at night. It will be visible from North and South America, and some parts of Europe, Australia and Asia. In order to see if the eclipse is visible in your area (and when), you can check with the Time and date website here.

The Lunar Eclipse at 27º Taurus 17’ is the first of 7 eclipses that will be on the Taurus/Scorpio axis over the next two years. The Nodes of the Moon, where the Sun and Moon align, are still in Gemini/Sagittarius, so this is a transition Eclipse, between these two axes. The eclipses can be like markers for our evolutionary development and growth, in which we see our karma unfolding, on the global, national, and personal levels. Now that the Nodes are moving into Taurus/Scorpio in December (or January depending on whether you use the Mean or True Nodes), we will begin to see those things associated with these signs coming to the forefront in the world and in our own lives.

This Full Moon Lunar Eclipse is just 4-5º away from the North Node, which according to Celeste Teal in her book on Eclipses signifies an influx of new elements that will positively affect our most personal lives. And even though the North Node attending eclipses are by nature positive in their over all ramifications, if it aspects a particularly sensitive area of your chart, you will still be required to be open to some sort of change. This includes having sensitive points at the later degrees of Taurus or Scorpio, or the first few degrees of Gemini or Sagittarius. The Full Moons will continue to be at approximately 27º of the signs through the Full Moon in April, so that if you have this degree strong in your chart, you are being shown something significant in your life.

A trine to Pluto places an even stronger emphasis on the transformative nature of this series of eclipses where the South Node is roiling in the depths of Scorpio, unearthing the wounds, torments, shame, habits and attachments that we cling to, but are in fact holding us back and preventing us from growing. The trine from Pluto is a reminder that we not only are capable of releasing these, but must do so in order to grow and evolve. The trine implies that it will be easier to look into these dark places than it usually would, however Pluto is rarely, if ever, easy. The South Node in Scorpio will require a tremendous amount of courage and self-honesty over the next few years. However, by the time all is said and done, hopefully we will have unloaded a lot of unnecessary baggage in the process.

A square from Jupiter is a mixed blessing. Jupiter in Aquarius has been wanting us to expand our vision for the future. To be bigger, better, even greater than we were before. With the Lunar Eclipse we may even get to see some of the results and rewards of all of our efforts. But we can also see some of the consequences. Are we growing too fast? Are our plans and ideas too grandiose? Were we being naive? This eclipse can also be very revealing, exposing truths that had previously been hidden. Jupiter caught in the cross hairs of the Eclipse, and soon to be at the bending of the Nodes, brings up all sorts of problematic issues surrounding ethics, civil rights issues, and moral principles.

Things can come to light with this eclipse. They can be revealed. And out of the depths of the Scorpio lair all sorts of corruption, inequities, conflicts of interest or moral dilemmas can be brought out into the light of day. This is when many are going to be brought back to their own fundamental moral principles of right and wrong, asking themselves: What is the right thing to do?

Eclipses can be very unpredictable. They can bring significant events into our lives, that can serve as turning points. Lunar Eclipses are often revelatory. What they show us can change the whole picture of a situation. Eclipses can bring growth, culmination, and rewards when conjunct the North Node. But not without some sort of change or adjustment.

The suddenness and unpredictability is being further aggravated between Scorpio-ruler Mars in opposition to Uranus. Like a bolt from out of the blue things can change on a dime when Mars meets Uranus. Explosive, illuminating, blatant, loud and disruptive, Mars/Uranus cannot and will not be ignored. However, Venus, the ruling planet of Taurus, the sign of the Lunar Eclipse is exactly trine Uranus, asking us to look for solutions to our problems by being willing to look at things from another perspective. Venus/Uranus is trying to show us that we don’t have to keep doing things the way we always have in the past. And that there might be better ways of doing things.

The Lunar Eclipse is preceding this shift in the Nodal axis from Gemini/Sagittarius to Taurus/Scorpio at the turn of the year. And as it does so it will be showing us the benefits of cultivating the Taurus North Node. Through the North Node in Taurus we will be learning about the graceful art of reciprocity: giving and receiving without attachment, grasping, resentment or guile. We will be coming to more fully appreciate the the value of security and sustainability.

This may require us to slow down, cut back, live more simply; valuing the small things that make our lives so meaningful. Taurus is also a sign so strongly connected to nature and the earth, that which sustains us and allows us to thrive. This can be in sharp contrast to the symbolism of the South Node in Scorpio symbolizing that which has become rotten and decayed, and no longer viable. The South Node in Scorpio is about releasing the old, what is no longer working, what no longer will support us, what is no longer sustainable, in order to make room for the new seeds to grow. With the Lunar Eclipse in Taurus, may we choose life, and all that is required to sustain her in all her glory. And may we welcome what is coming to light as an opportunity to continue to evolve and grow.

Ego says: “Once everything falls into place, I will find peace.” Spirit says: “Find peace and everything will fall into place.” ~ Marianne Williamson

Lunar Eclipse over the rain forest in Panama by Fede Benavides