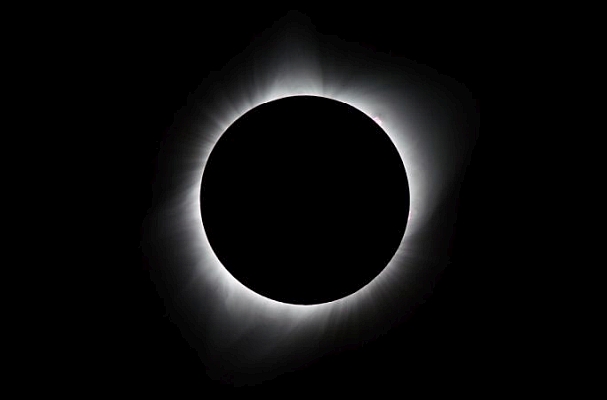 The Sagittarius new moon on Monday, December 14, 2020, is a total solar eclipse. It is joined by the planet Mercury. So the spiritual meaning of the new moon December 2020 astrology relates to how you think and communicate.

The December 2020 solar eclipse is also in good aspect to Mars. This gives the energy and initiative to set new goals and act on your plans with confidence. However, a harsh aspect to Neptune means you must protect against deception and also infection, especially from the Coronavirus pandemic.

A solar eclipse is just like a regular new moon where the Moon passes between Earth and the Sun. However, a solar eclipse is more powerful because the Moon darkens the Sun. Solar Eclipse June 2020 is an annular solar eclipse so not all of the Sun will be darkened. In this type of partial eclipse, the apparent diameter of the Moon is smaller than the Sun’s, leaving a ring of light around the eclipsed Sun.

The strongest and most important aspect of astrology is Sun conjunct Moon. It means all possibilities are on the table and you can rightly put yourself at the forefront of new plans for the future. This is the ideal time to make a fresh start, so write your new goals on paper. Question your old habits and behaviors as you search for new and inventive ways to make progress.

The December 14 solar eclipse at 23°08′ Sagittarius is only 3 degrees from Mercury. So the major themes of the eclipse are thinking and communication. Harmonious trine aspects to Mars to bring energy and initiative. Challenging aspects to Neptune brings confusion and deception. 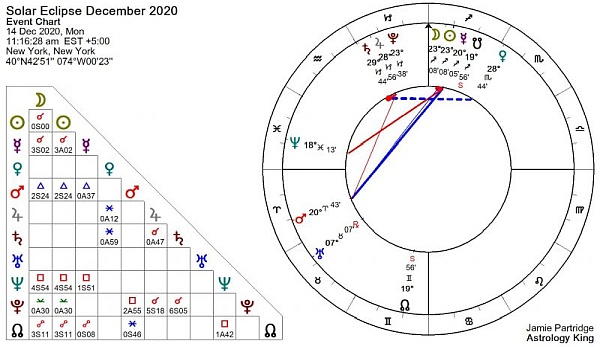 Expect an increase in personal interaction in your neighborhood, with siblings, schools, and over the internet. This is a good time for sharing ideas, making plans, buying and selling, negotiating, and meeting new people.

Solar eclipse trine Mars gives a boost to your energy, self-confidence, and enthusiasm. So this is an excellent solar eclipse to set new goals and start new projects. You should be feeling strong and courageous and can use your initiative to get the ball rolling and tackle difficult tasks.

This is a good time to impress someone, especially a superior at work or someone special in your private life. Increased sex drive is matched by increased charisma and magnetic charm. Fortune favors the brave!

Mercury trine Mars brings increased mental energy and concentration for paperwork, studies, and exams. Quick thinking and decisiveness allow you to make plans and act on them with confidence. Being more adventurous and taking risks should lead to positive results.

A more assertive and persuasive communication style makes this an ideal time for negotiations, debating, asking for favors, and public speaking. You have the courage to share ideas you might otherwise keep to yourself, or to defend yourself, loved ones, or an issue you are passionate about.

Solar eclipse square Neptune can make you feel weak, lazy, and insecure. Confusion, deception, over idealization, and gullibility can lead to loss, disappointment, scandal, or slander. Paranoia and hypochondria are possible but there is an increased risk of treachery and susceptibility to illness and infection.

Mercury square Neptune distorts your thinking which can confuse and complicate discussions and business dealings. The increased risk of misinterpretation and deception means it is important to be clear and concise. Avoid conspiracy theories or strange and extreme spiritual and religious views.

The December 14 solar eclipse in the Sign of Sagittarius aligns with a star in the Constellation of Scorpio. This discrepancy is due to the precession of the equinoxes which has moved the Sun Signs almost a whole Sign out of alignment with the Constellations from which they were named over 2000 years ago. 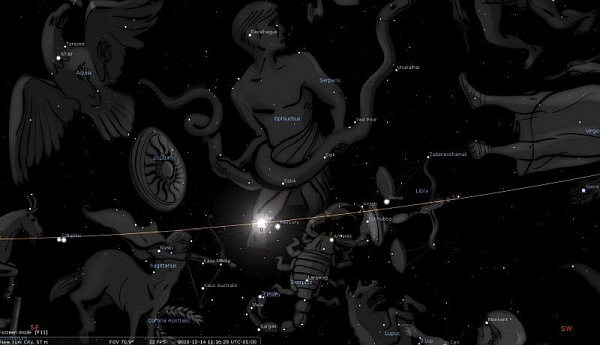 New moon December 2020 aligns with a star called Lesath in the sting of the Scorpion. But it is even closer to a star that marks the head of Ophiuchus the Serpent Holder called Rasalhague.

Constellation Ophiuchus is said to give a passionate, blindly good-hearted, wasteful, and easily seduced nature, together with little happiness, unseen dangers, enmity, strife and slander, and the danger of poisoning. [1]

This constellation has also been called Aesculapius and held to rule medicines. It gives prudence and wisdom, the power of discovering healing herbs, and skill in curing the bites of poisonous serpents. [2]

Fixed star Rasalhague is of the nature of Saturn and Venus. It gives misfortune through women, perverted tastes, and mental depravity. [1]

Rasalhague makes people especially prone to infections caused by toxins and a tendency to medical or hallucinatory drugs, stimulating food, too much good living, and overindulgence in alcohol. There is a danger of insect bites, snake bites, or assault from animals or rabid dogs. [3]

Fixed star Lesath is of the nature of Mercury and Mars. It gives danger, desperation, immorality, and malevolence, and is connected with acid poisons. [1]

But Lesath also gives a probing, sharp intellect and incisive wit that can be every bit as damaging as a knife to an opponent. An enterprising spirit of keenness of insight gives success in debates, business, sport, and high office in general. [4]

The December 14 solar eclipse is conjunct Mercury. So the major themes of the solar eclipse astrology are thinking and communication. The solar eclipse and Mercury trine Mars creates positive, well-balanced energy. It gives the desire and initiative to make plans, set new goals, and act on them with courage and confidence.

New moon December 2020 and Mercury square Neptune brings the potential for confusion, deception, and susceptibility to infection. But the positive Mars aspects are stronger. This means quick thinking and clarity can overcome confusion and deception. You can be direct and assertive instead of unsure and hesitant.

The fixed stars bring the potential for immorality, misfortune, and epidemic infection. But they also give caution, thoughtfulness, quick thinking, and insight to protect yourself.

The Coronavirus pandemic has lasted so long but you must keep your guard up to avoid infection. The economic losses it has caused mean there are more desperate people in the world trying to deceive, cheat, and steal. So you also need a sharp intellect and assertive words to protect against deception and fraud.

The new moon December 2020 solar eclipse will be visible from Chile and Argentina. It is also a partial solar eclipse in Bolivia, Brazil, Ecuador, Paraguay, Peru, and Uruguay. 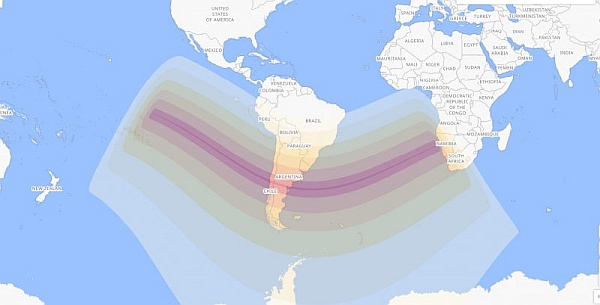 If the new moon December 2020 astrology directly impacts your horoscope decan you can read about its effect in your monthly horoscope. For more detail about how it affects your natal chart see New Moon Transits.