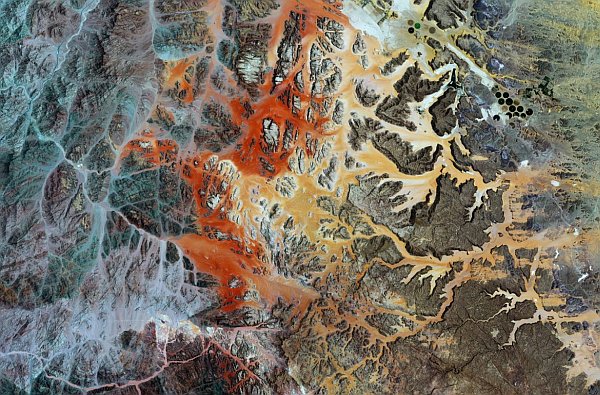 To state that the pandemic-induced health crisis is exposing the fatal flaws of our economic structures is to state the (painfully) obvious. The profit-first logic at the expense of social needs. Human lives whose worth is attached to implausible productivity metrics. Large companies and banking systems receiving bailouts while people who ‘can’t afford a funeral’ are buried in mass graves. An economy that barely makes it through recurring crashes and implosions, decade after decade, with the most vulnerable classes of the population forced to bear the brunt of crises they do not cause. The list could go on ad infinitum.

Around the time of Pluto’s ingress into Capricorn, in 2008, which coincided with a major financial crash from which we are yet to recover, the world started to become glaringly aware of the unequal power dynamics and structural violence that are built right into the current capitalistic system. The recent Saturn/Pluto conjunction of early 2020 has simply brought the matter to a head in form of a ferocious viral outbreak that, predictably, has exposed the catastrophic effects of neoliberal policies applied to the healthcare systems (especially here, in Italy).

And then, there’s Uranus, carving his quixotic, utopian path through the sign of Taurus, instigating us to find groundbreaking answers to age-old, pressing questions. To shatter an economic paradigm of unlimited growth and production that is inherently exploitative. To re-wire the basis of our material and financial self-sustenance.

This might not seem like the most appropriate time to decelerate, to re-pattern our relationship with money, with values, with possessions. Not in a liminal interstice enclosed between an old, destructive, unethical paradigm and a future that has never looked so uncertain. Not while we’re being told that ‘Shakespeare wrote King Lear during the plague’ and that we ‘lack discipline’ if we fail to make the most of this lockdown. Not while we still struggle with imagining ourselves as something other than workers and consumers.

But these are precisely the reasons why we need to do it. To return to the simplicity of embodiment. To reclaim abundance as our birth right. To be present in our bodies. To rediscover the bliss of nurturing and receiving. The chart for the upcoming New Moon arriving on April 23, 2020, at 02:25 UTC, could not be more eloquent. Occurring at 3°25 of the sign, the New Moon in Taurus taps into the cutting-edge potential of the upcoming Saturn/Uranus square, anchoring it into the present moment, embedding it into the new cycle of creation taking place.

The revolution starts with us envisioning a scenario in which prosperity can be understood in a perspective of reciprocity and mutual aid; a world in which resources are not hoarded, but redistributed, allowing everyone to benefit from the gifts of a planet that bears enough fruits for everyone, within a Universe/Multiverse that is abundant and bountiful. Overhauling our thoughts and beliefs on the subject is not only appropriate. It’s necessary. It’s life-saving. Magickal, perhaps, but no less sensible for it (disclaimer: yours truly is a big proponent of magick and witchcraft as means to generate possibility and abundance in a society where governments allow, and in most cases are even directly responsible for, the impoverishment and disenfranchisement of their citizens).

Let this be a revolution, then. A quiet, fertile, life affirming revolution. A moment of radicalization, an awakening to our own power to dismantle the patriarchal, white supremacist structures of exploitation and coercion one inner shift at a time. A choice to believe that we can attain prosperity without struggling or hoarding, that we can be productive in ways that aren’t detrimental to our health if we embrace the natural rhythms and cycles of our bodies, and that, even now, we can give and receive abundantly. Calibrating our presence within the current limitations and restraints (Saturn), around beliefs that defy (Uranus) the cultural programming we have internalized around money and resources, can be profoundly freeing and healing for the collective as well, if we allow said beliefs to inform our conduit, infusing them into our daily rituals and actions. Venus, ruler of Taurus and of this New Moon, sits in a harmonious trine with Mars in Aquarius.

With Venus transiting the sign of Gemini, there is no shortage of options to explore. Too, the process of setting our intentions and sowing the seeds of what we wish to manifest — Taurus is about solid, tangible outcomes — can be facilitated by verbalizing our values, starting conversations, opening up to information coming in from any possible channel. Seeing that Venus involved in a square with Neptune in Pisces, valuable inputs could really come from anywhere, including addressors outside of the physical realm (divination? Downloads? Channelling?).

In the dark of the New Moon in Taurus, mental stimulation through dialoguing, networking and brainstorming can help us layering our intentions in the most effective ways and co-creating the desired outcome — hopefully, in keeping with Uranus’ spirit, one that completely shatters the notion that thriving is only possible within the current economic structures, at the expense of our integrity, of someone else’s labor or health, of our environment as a whole.

If you want to know how will the New Moon in Taurus affect you, you can purchase an Astrology reading. Tarot readings are also available.
If you want to support me, but don’t want to buy a reading, you can buy me a coffee or make a donation via PayPal.