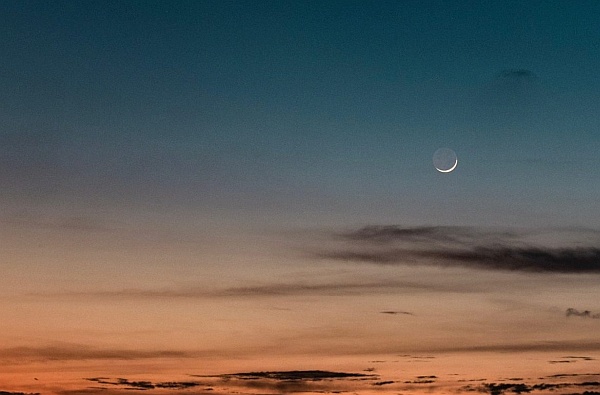 Virgo is magic. A brand of magic that eludes those who cannot make themselves small. Those who ignore the macroscopic movements triggered by microscopic shifts. Those who are unaware of the very fabric of space.

A magic that is ours to invoke underneath the New Moon coming on September 17, 2020, at 11:00 AM UTC. This New Moon falls at 25 degrees Virgo, and it’s gingerly embedded into the cosmic interplay of the spheres like a microscopic particle, yet witnessed by the whole of the sky.

The New Moon in Virgo is a hushed, unobtrusive new beginning, yet it gathers strength from Retrograde Saturn and Pluto in Capricorn. It syphons their power. It magnetizes attention, endurance, authoritativeness, allowing us to take something from our recent past and turn it into a practical asset through discernment, laser-beam focus and sustained effort. This exchange of energy via trine turns this New Moon into a powerful threshold — from microscopic decisions, rituals and actions, to macroscopic consequences. From the rich soil, to the stars.

In this context, the opposition between the New Moon and Retrograde Neptune in Pisces feels less antagonistic, and more like a call to keep an eye on the celestial vault while we sink our hands in the earth to sort the efficient from the waste, the nutrients from what is ineffectual and unworkable. Luminous, numinous inspiration can serve as a compass, while the Sun and the Moon come together at the midpoint between the Lunar Nodes — and, thus, between Eclipses.

Sometimes, it takes the power of a dream to navigate crossroads like this one. Our dreams — our yearnings, the place where our mind goes when it wanders free — know more about the future than we do. And perhaps, the only way we can redeem ourselves from chaos right now is through a sense of having something to look forward to. Committing to reaching that place, one careful, meticulous step after the other.

The sentiment is also echoed by Mercury, ruler of this New Moon, currently in Libra, makes an exact square to Jupiter in Capricorn. And while Jupiter is not terribly strong in the sign of the goat, nor is it particularly fast, having stationed Direct a few days ago, it’s still the planet of much-ness, of perspective and growth — albeit, in this case, a growth that happens with a steady, saturnine pace and not without labor. With Mercury being witnessed by the Greater Benefic, ideas can grow exponentially and take us far beyond where we’ve been.  Disconnection can turn to interconnectedness. Analysis can flow into synthesis. Parts can fit into the whole. As above, so below.

So, when this New Moon gently invites you to make yourself small, make no mistake: it’s not small as in “futile” and/or “unpurposed”, but small as a particle. Small like a flower growing through the cracks in the concrete. Small like something that interacts with the quantum forces of Nature, creating entire worlds.