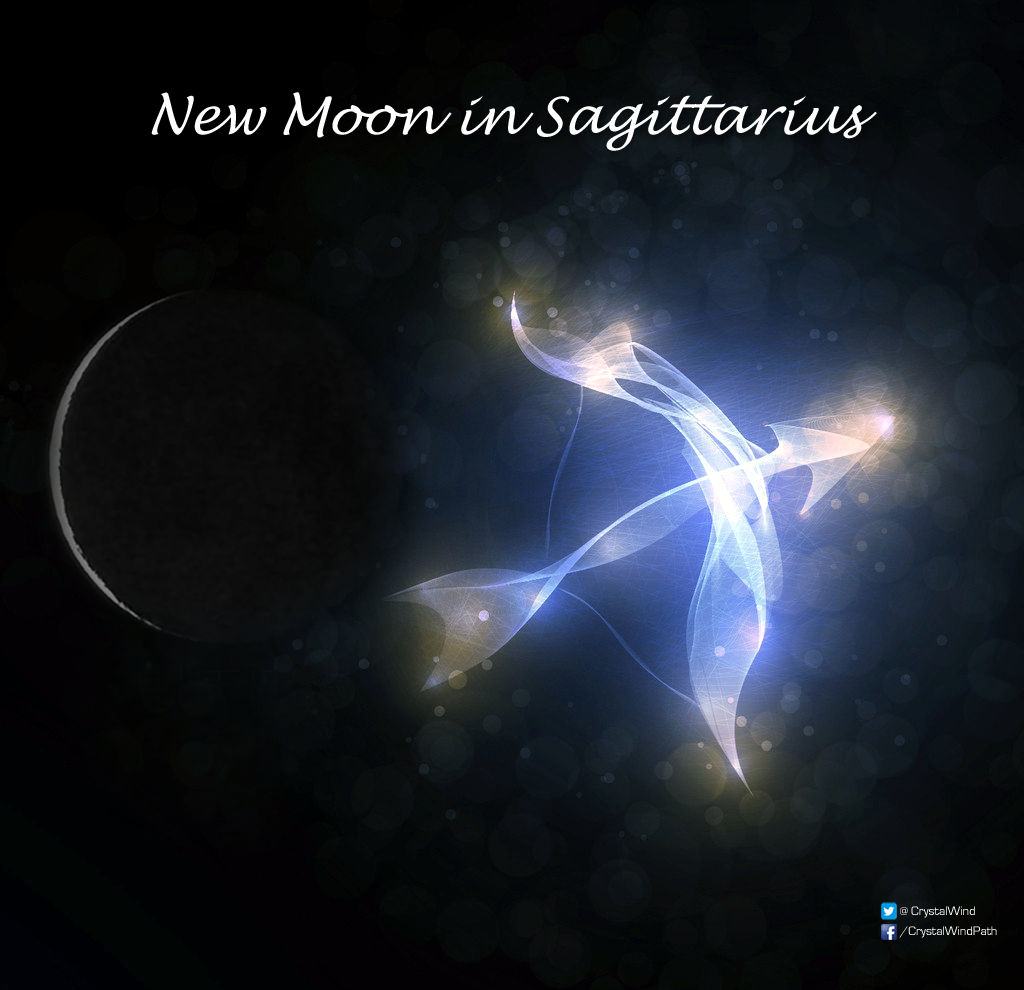 This moon supports expansion, freedom, practicality, a higher sense of intuition and beauty, and an increase in your inner awareness of what you want, what you can have and what you deserve.  This is the “proactive change” growing teeth and getting grounded in something substantial as you anchor a new vision or a new project.

This new moon also initiates a time frame of preparedness for what is coming in the future. It is not too early to get thinking about your goals and desires for the months to come. And, whatever you can get rid of that is no longer useful during this new moon time will make space for what you really want.

This is a social time where you can share your visions and get support. Celebrate change, progress and all the aspects of your life that are on the move to something better, bigger, grander and more balanced. Be sure to take some time for self care as your emotional and physical health is a major component of being prepared for the future. If you have some clarity about what you want, this new moon is also a great time for actually making a concrete list of what is clear to you and how you plan to go about manifesting it.

Sagittarius, The archer, shoots his arrow skyward and our horizons expand, we see the underlying meaning in our lives, our understanding of the big picture vista lifts our spirits and we feel confident, enthusiastic and capable.

Jupiter, the ruler of this fire sign, is strengthened in its influence by traveling this whole year in its own sign that it inhabits only once every 12 years.  During our current New Moon time, Jupiter is making a magnificent journey across the center of our Milky Way Galaxy, across the Galactic Center that is at 27º Sagittarius, across the black hole around which this galaxy rotates with its beautiful spiral arms.  It’s download time as we spend the last few degrees of Sagittarius with Jupiter and move then across the 0º line of Capricorn known as the World Axis, the meeting place of heaven and earth, the Axis Mundi where “Communication from lower realms may ascend to higher ones and blessings from higher realms may descend to lower ones and be disseminated to all” * .  Powerful real estate!  When Pluto crossed the Galactic Center in late 2006-2008, it initiated profound transformative energy in consciousness, as well as on the world stage – Obama was elected and economic challenges ensued as Pluto entered 0º Capricorn in November 2008.  Jupiter transited the Galactic Center along with Pluto in that cycle 12 years ago perhaps limiting more dire consequences of that experience.

Jupiter is considered the gift-giver of the zodiac.  Expansive energy, great luck, opportunity, positive outcomes are the benefits of the largest planet in the zodiac when it’s active.  Usually ethical judgment and moral behavior are brought to the forefront, and principles of law and idealistic values are highlighted.  Also a broad worldview and inclusivity of what may be foreign or international are valued for diversity of culture and learning about the beliefs of others.

Jupiter, of course, has a negative pole including exaggeration, grandiosity, propaganda, too much of a good thing, magnifying and exacerbating whatever it’s near.  But here we also have the mitigating influence of Venus leading the way a couple of degrees away at 0º Capricorn at that very point of the World Axis (where Jupiter is headed on December 2).  Venus has a steadying effect on Jupiter at New Moon hoping to bring out practical, goal-oriented actions.  Venus entering Capricorn holds the archetype of the wise woman, a sage woman of authority cognizant of seven generations in the future and the wisdom of seven generations from the past.  Focus the New Moon on what you want to restructure in your life and just how you plan to do it.

Venus has just made her own yearly journey across the black hole of the Galactic Center November 23-25 hand in hand with Jupiter.  Such an expansive blessing and reminder to uplift and expand the heart, to have faith in ourselves, to allow love and connection to all beings be the guiding force through the intense and transformational times we are living through.  It’s one form of blessing to have Venus and Jupiter meet – and a great one, but a quantum leap to have them meet at the Galactic Center, the source of our starship, and be bathed in the energies to guide us on our journey of evolution.

Chiron at 1º Aries squares Venus and soon Jupiter lending aid to reveal and release where we have felt wounded in love and respect.  When Venus passes over the South Node in Capricorn 8º on December 2 and Jupiter does the same on January 8, we are aligned to heal our obstacles to love, self-respect, confidence, faith, and havingness.  Chiron is considered the bridge between the old way and the new as it sits right between Saturn (old) and Uranus (new) out there in the solar system.  Only discovered in 1977, this centaur melds tradition with intuition.  We need his participation and he is offering it.

Pallas Athena is a strong influence on the Sun and Moon in Sagittarius (just 3º away).  She brings her wisdom, feminine strategic thinking, and her link to intuitive intelligence to help us bring all this high frequency energy down into our nervous systems and transmute it into our physical bodies.  Your body might be grateful for some Reiki therapy, sound/toning work or a shamanic healing if your nervous system could use some integration support.

We have strong oppositions in power signs Taurus/Scorpio. It’s a situation of an ‘irresistible force meets an immovable object’.  For one, Warrior Mars in Scorpio is opposite Awakener Uranus in Taurus.  Now this is a volatile relationship – could be personal where you see some blow ups of issues pushed down inside for way too long or could be more externalized with revolutionary activity or eruptions on the Earth like volcanoes and earthquake movement.  Eruptions, confrontations, blowups, and blasts of all kinds move energy rapidly just the way Mars and Uranus like to work.

Uranus is really pushing us on the change front.  We have acceleration and evolution. Uranus is not only opposing Mars, but in a stressful relationship to the Sun and the Moon, our will and emotional security are thrown off.  Uranus can promote feelings of being in exile, an outsider looking in, anxiety, ungroundedness.  You might feel restless and contemplate taking a major turn.  A feeling of underlying chaos is a result of our differentiating from the dominant culture and the belief systems we see playing out in government and the corporatization of our lives.  We will feel more supported by Uranus after New Moon when Venus and Jupiter move into a positive earthy relationship with Uranus and we can use the out of the box thinking and liberating inspiration that it brings.  We can then exalt in our unique, quirky self and enjoy the chaotic creativity available to make change happen.

Neptune is at a standstill in Pisces slowing to turn direct on November 27.  We are deep in our dream-creating essence pulled out of our physical reality by this strong force.  Unconscious soul level forces are strong and we are tuned to the invisible world.  Dream, create, dance it through your feet, and fill your inner sanctuary with gratitude.  So much compassion is needed at this time.

As you can see, we are now influenced by the presence of powerful cosmic portals inviting us to hold this new and amazing energy streaming from the center of our Milky Way through Jupiter and Venus to release the belief systems of the past anchoring us to our three dimensional reality. Open your arms wide to the Dark of the Moon and welcome in what awaits us after our lengthy surrender of the old.  Take care of your body.  These are the initiating phases before the long awaited meeting of Saturn and Pluto on January 12 at 22º Capricorn just days after the lunar eclipse in Cancer.  January 10-13 should be a rockin’ time!

Lena is an internationally known teacher and shamanic practitioner. She apprenticed for 10 years with a Huichol Shaman from Mexico and has studied cross cultural shamanic healing from numerous traditions including the Amazon basin, Native American, Northern European and Siberian. Lena has taught and worked with individuals, groups, businesses and communities for the past 25 years, helping to bring shamanic nature based wisdom back into people's lives. One of her specialities is the woven song tradition of the Shipibo tribe in the Peruvian Amazon, the singing of Icaros or healing songs. The individual healing work with these energy patterns through song and other shamanic techniques has had a powerful impact on her clients. Lena is the co-author of the "Secrets of Shamanism, How to Tap the Spirit Power Within" and a contributor to "The Power Path". Along with husband and partner Jose, she is the co-founder and one of the primary instructors of Power Path Seminars and the School of Shamanism.  Source Here