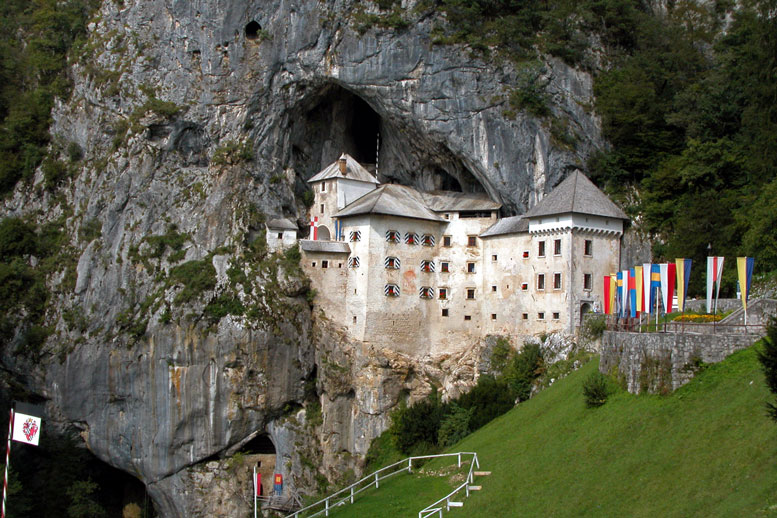 The castle was probably built in the 12th century, but was first mentioned in the year 1274 with the German name Luegg. The owners of the castle were Patriarchs of Aquileia who named it in rough translation from the Latin Cave Castle in the Karst, the castle's Slovene name, Predjamski grad means "Castle in front of the cave". It was built in Gothic style on natural, protected site approachable, with difficulty, from just one side. The vassals under Aquilean authority were the Luegg (Jamski) noble family that expanded and fortified the castle. 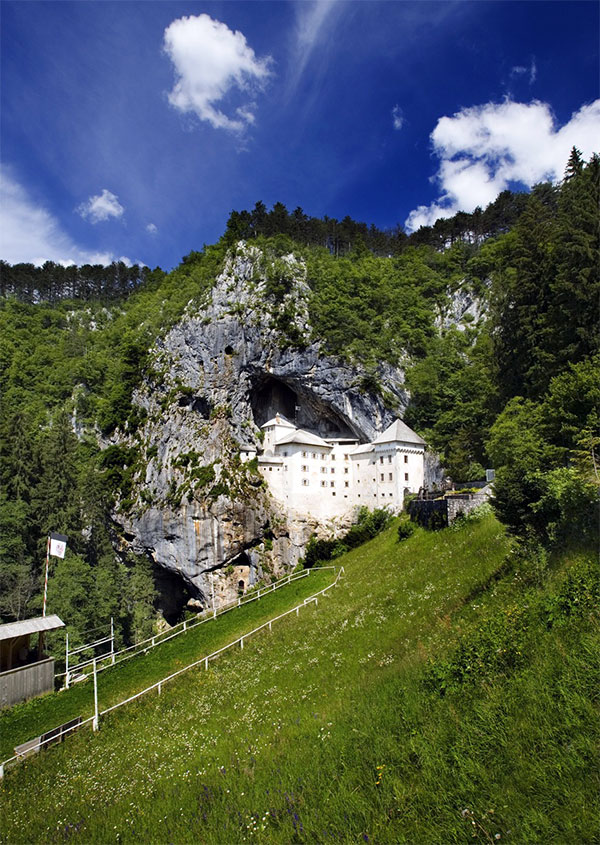 "The castle was notorious – as the hide-out of brigands – even before the time of Erazem Jamski(Lueger), the local Robin Hood from the end of the 15th century. "

Predjama castle is a renaissance castle and it was a family estate of Knight Erazem, none less than Slovenian Robin Hood, the robber baron. According to the legend Erazem ended up in Predjama when he fled from the Holy Roman Emperor Frederick III,  after killing Marshall Pappencheim. He apparently found an ally in the Hungarian king Matthias Corvinus and began to attack Habsburg estates. But back to the castle and it’s story: for a year and a day Erazem was kept ‘captive’ in his fortress, and his enemies – who had planned to starve him to death – could just not figure out how he managed to get food and supplies without them noticing. What they didn’t know was that there was a secret passage, a natural shaft leading from the castle all the way to Postojna. Erazem had the passage enlarged, and it made it possible for him to come in and out of the castle as he pleased. 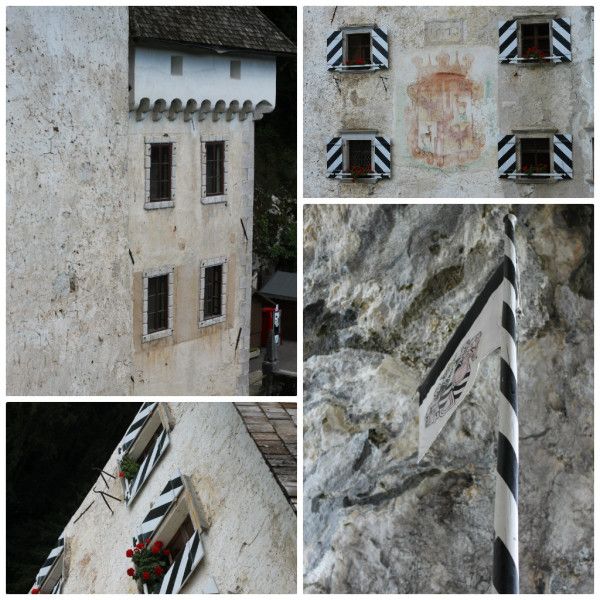 He was the descendant of the Imperial Governor of Trieste, Nikolaj Lueger, who was the vassal of the Counts of Görz. According to legend, Erazem came into conflict with the Habsburgs when he killed the commander of the Imperial army Marshall Pappencheim, who had offended the honour of Erazem's deceased friend, Andrej Baumkircher of Vipava. Taking sides with Mathias Corvinus he fortified himself with his troops in Predjama Castle, attacked the town of Trieste twice and defied the imperial army for quite a long time. While under siege, he and his associates were supplied through the caves and were very difficult to conquer. As it often happens in warfare, he was betrayed and allegedly shot with a canon in his restroom. So first castle was seized by the Habsburgs and consequently damaged.

A new fortress was made by the Purgstall family, but soon the legendary earthquake in 1511 ruined the castle. In 1567 the Austrian Archduke Karel of Austria invested the Kobencl family from Prosek with the Jama manor. They bought the poorly castle and built a new one in Renaissance style just under the overhanging rock where the old mediaeval fortress used to stand. The castle has remained in such form, virtually unchanged, until the present. In the 18th century, it became the Kobencl family's favourite summer residence. The last Kobencl bequeathed Predjama Castle to his relative, Count Mihael Coronini from Kromberk, whose wife sold the fortress to Prince Weriand Windischgrätz in 1846. Thereafter it remained in the hands of the Windischgrätz family until 1945, when it was nationalised by Yugoslav authorities and turned into a museum. 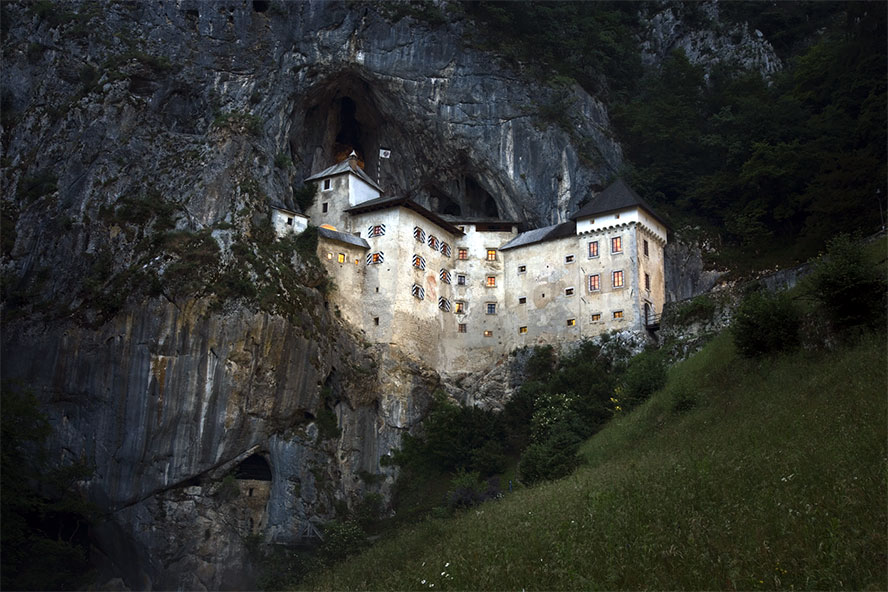 At first Predjama Castle was managed by the Notranjska Museum in Postojna. Since the late 1990s the castle has been under renovation with the aim of restoring it to how its look in the time of the Kobencl noble family. Since 2007 the Castle has been managed by the Postojnska jama d.d. company located in Postojna, while some museum items situated at the Castle are owned by the Notranjska Museum, Postojna. In 2011 the company changed its name back to Postojnska jama d.d. (Postojna Cave). 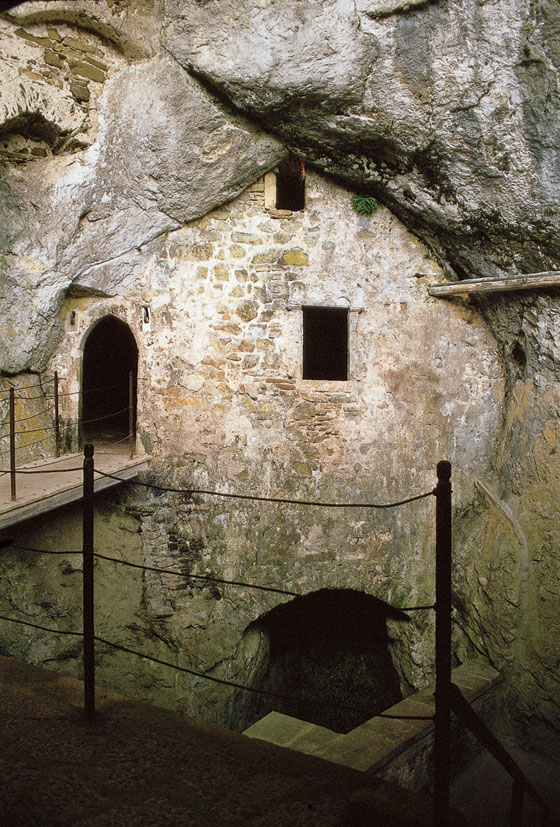 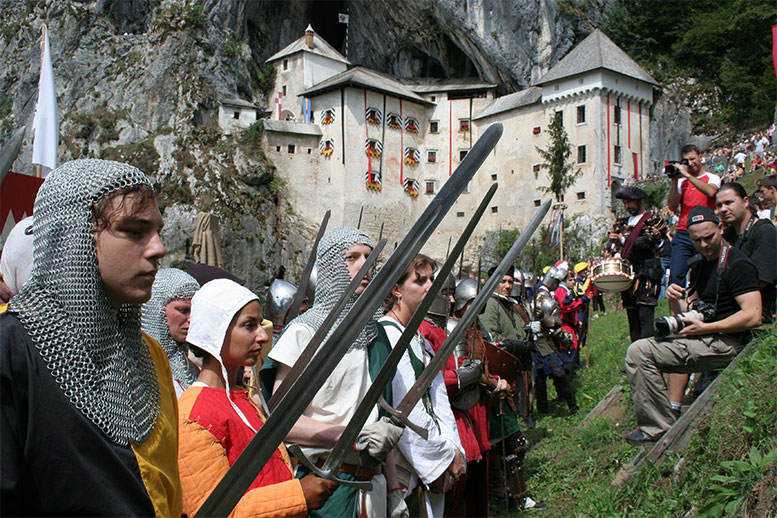 Every year in the summer time the Erazem Medieaval Tournament is organised and carried out according to documented historic facts and models from the 16th century. This international mediaeval event involves several different classes and generations – nobles, serfs, and children. Bold knights – archers, swordsmen and horsemen – show off their skills on the Field of Combat. In the Knights' Camp, swordsmen introduce themselves, their equipment and their mediaeval way of life. Merchants and craftsmen sell mediaeval products, flag throwers, belly dancers, magicians, puppet shows, musicians and other performers display their talents and re-enact historical events. A peasant festivity known as gauda is organised and tasty mediaeval food is prepared. 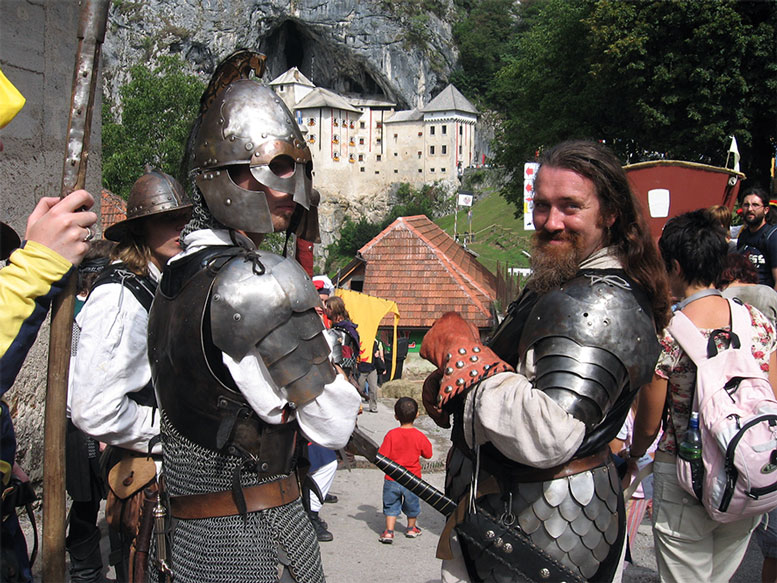 Surrounding the castle is an amazing karst underworld to explore. The world renown Postojna Cave is just 11 kilometres away. For those with more spelunking experience, a visit with a professional guide and equipment to some of the less approachable caves in direct proximity of the castle can be organised on prior notice.

The castle hold great features for kids of any age – a drawbridge over a raging river, holes in the ceiling of the entrance tower for pouring boiling oil on intruders, a very dank dungeon, a 16th-century chest full of treasure (unearthed in the cellar in 1991), and an eyrie-like hiding place at the top called Erazem's Nook , named for Erazem Lueger. 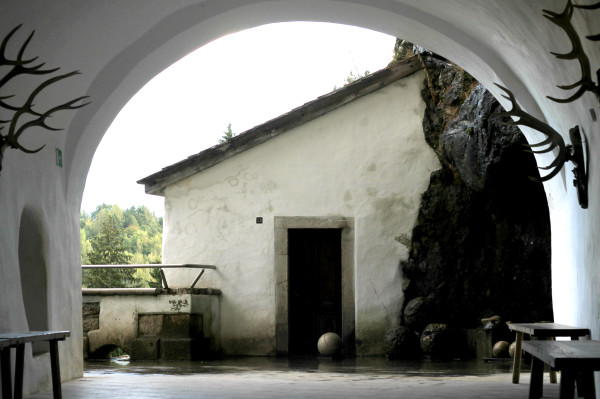 Predjama Castle is located in the middle of a 123m high, overhanging, limestone cliff. It has numerous secret passage ways, including a natural shaft that leads out of a secret room. The shaft was used to supply the castle with food during a time of siege and also for smuggling and criminal activity. Over the years the structure has had numerous ghost sightings and reports of paranormal activity. In 2008, it was featured on an episode of Ghost Hunters International on the Sci Fi Channel. The castle was eventually confiscated by the state after World War II and today it is used as a museum showcasing the life of medieval lords. 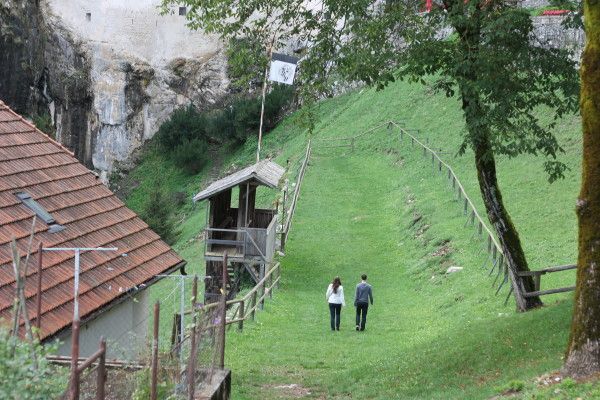 Predjama Castle’s lesson is clear – if you want to build an impregnable redoubt, put it in the gaping mouth of a cavern halfway up a 123m cliff. Its four storeys were built piecemeal over the years from 1202, but most of what you see today is from the 16th century. It looks simply unconquerable. 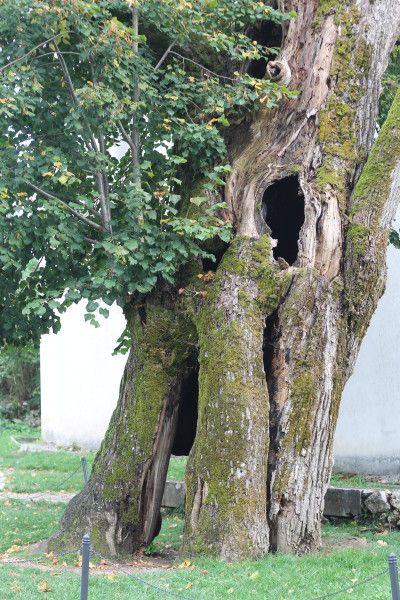 It is beleived and evidence shows that people lived here long before count Erazem. Over 1000 year ago they lived in the cave, and the castle part was gradually built in front of it. Not everything you see there is rosy and romantic. 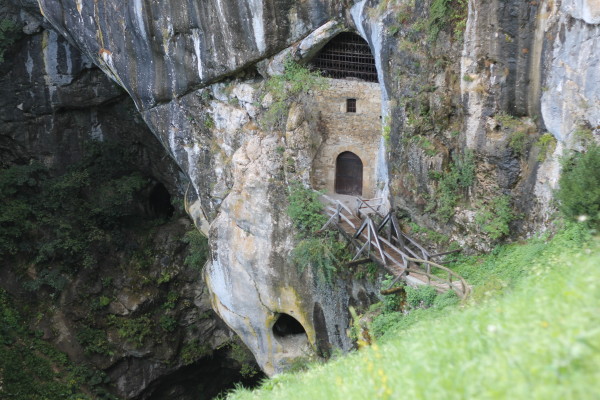 "There are actually presumptions this castle is haunted, and while during the day everything is business as usual, nobody likes to be there at night." 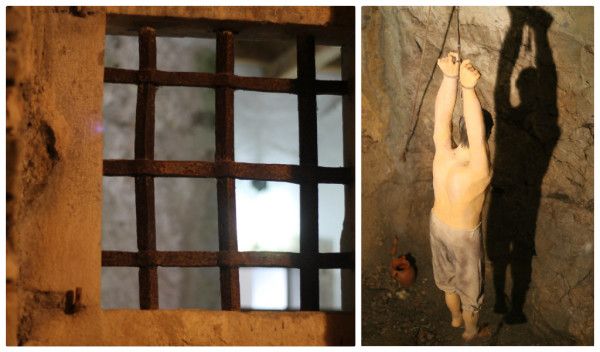 We have 687 guests and no members online