The Past That Shapes Our Future
A+ A A-

The Past That Shapes Our Future 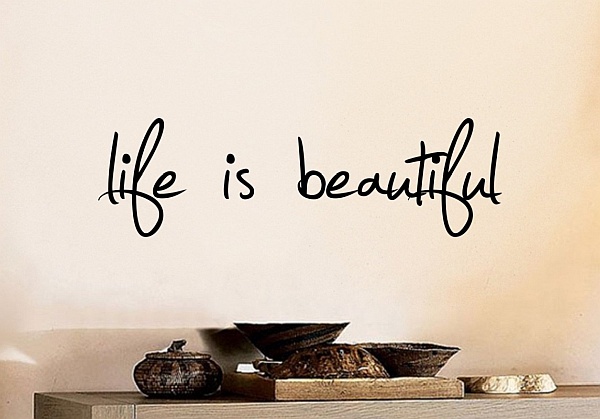 What I both love and hate about this life in equal measure is that we never stop having experiences for growth. We may think we’ve got the whole thing nailed down, got our body and mind balanced and our outlook in line, then poof, something comes along that either throws everything into chaos, changes our beliefs or takes us on to a new path of evolvement.

Like everyone else, I am constantly opening new doors, making discoveries about myself and the world, facing different challenges and looking for answers. This year, it would seem, I have been tying loose ends up from my past.

You too may have noticed that in recent weeks or months, you have been having flashbacks to people from your past and experiences you may have had with them. Both good and bad. This could be in memories, dreams or meditations. It certainly appears as though we have been given the opportunity to understand and release our past pains.

In the past couple of years, I have been working more closely with my crystals during morning meditations. Any of you who work with them will know that not only are certain stones incredible for protection and grounding, they also have a unique way of activating the higher mind and revealing things that have been previously veiled.

As Empaths, we may have strong intuition and good instincts with others, but when it comes to ourselves, we often have barriers up. We have to work harder to find our truths. Especially if in our past we experienced trauma, heightened sensitivities or childhood difficulties.

Anyway, last month I had been pondering my past and why I had experienced difficulties or let-downs with certain people. I asked the question during my meditation one morning and I received my answers in a somewhat indirect way.

Later that same evening, when out with some friends, one of them had had a few too many drinks and a subject from the past came up which had been upsetting for me at the time. Basically, a close friend had let me down in a big way. I had forgotten about the incident, but when it was bought up, I realized there were buried emotions still linked to it. Now, although I understand the reasoning for my friend’s actions, and I know it upset him at the time, I had not released the imprint of disappointment.

The next day I got to thinking about why this had been suddenly brought up and a rush of information flooded my mind. Like a eureka moment. I remembered the question I had asked the previous day. I was receiving my answer as an experience of memories.

Past Shaping the Future

Since being a child, I had always felt set apart from others, especially my family. We were a family of six. Three older sisters, a father with anger issues and a sometimes-distant mother. As a child, I didn’t really feel a strong connection to my family and apart from my mum, I never felt particularly ‘safe’ with them. They were wrapped up in their world and it seemed as though I was on the outside. Because of this, I often felt let down by their actions, and had the idea that they were never really there for me.

This idea had become an embedded belief which was carried with me, and through my vibration and the law of attraction it shaped my life. I inadvertently chose my friends on this rooted childhood belief. This meant having friends who would offer me the life experiences of feeling let down or of them not being there for me.

The let downs I am referring to may seem insignificant to some, but in my twenties and thirties they were a big deal. In hindsight, it was almost as though I was looking for reasons to feel unsafe and confirm my belief that others would not be there for me.

Because I have always known what it felt like to be let down, I would go out of my way not to do it to others.

In the past, I assumed everyone had the same inner-feelings and Sensitivities as me. It was only when I discovered more about myself, and the world around me, that I came to understand this wasn’t the case. My friends didn’t have the same sensitivities, empathy or life experience, so they couldn’t draw on them in their actions and behaviours.

My friends are all different. We don’t share the same beliefs or have matching opinions and we haven’t had the same struggles; but on our own paths we have evolved together. They are good people who, in their own ways, are also trying to fathom this ‘life’ out.

Over the years, I’ve seen my friends have their own share of difficulties and let-downs, which I know has also shaped them. Life really isn’t easy for anyone. Even if from the outside it seems someone has a gilded existence, behind closed doors it quite often isn’t the case.

It is often our own beliefs and expectations that cause us the hurt and pain. And when we can see this for ourself we know we have gained a valuable lesson.

Everything really is linked. We have attracted people into our life based on the vibration of our beliefs, even when we don’t realise that we hold certain ingrained ideas.

In recent times, if you too have been having memories or flashbacks of people from your past who caused you pain or difficulties, I would suggest it is because you do not need to learn from those happenings any more. It is time to let the pain of the memories go.

The Earth Will Be Returned To Humanity! Message from Sananda
Become a Patron!

We have 929 guests and no members online