Sheltering from Loud Energy and Sensory Overload
A+ A A-

What Does Your Gut Tell You About What Is Happening? 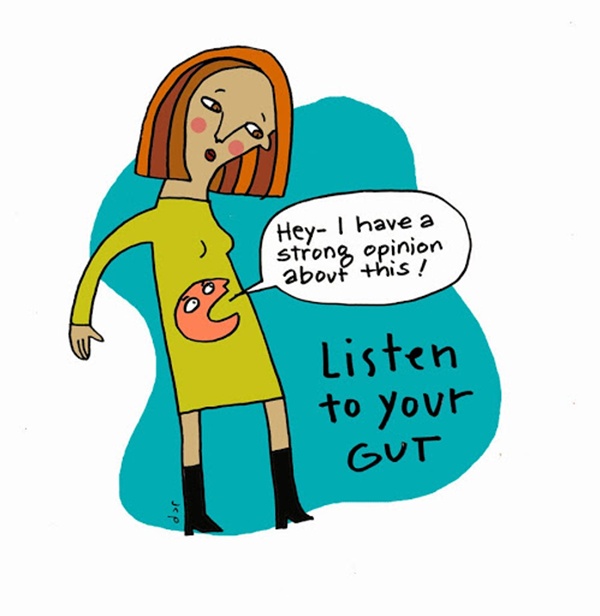 As Empaths, whether you are under ‘house arrest’ or whatever part of the world you live in, you will currently be experiencing a range of strange, often overbearing, emotions.

The global fear energy is like nothing we have ever experienced in our lifetime. Every day will feel different, and you might find your moods change from morning, noon, to night. Moods can range from being angry, pained, frustrated, powerless, trapped, afraid, uplifted, positive or even happy.

The more positive feelings are difficult to hold onto, as the fear energy around us supersedes them.

Fear is not the only problem. Anger is rife. People are projecting this anger in different ways. It is similar to road rage, and the slightest thing can trigger it; such as reading something you disagree with, seeing someone behaving inappropriately in regards to the lockdown, watching celebrities in their big houses trying to stay relevant in times when people are suffering… the list is endless. The thing is people are not angry at what they think they are angry at.

Just like road rage, it is not really the actions of others that are responsible for triggering this anger, but the feeling of not being in control.

Fear and anger make people act irrationally (look at the toilet roll hoarding). It often makes us lose our senses. We lose our ability to think critically and we also lose touch with our own intuition.

When it comes to life situations, Empaths normally have very good intuition and our gut feelings are often spot on, but the fear energy that has swept the world is messing with our ‘inner-signals.’

Here in Manchester, every day is different. Since the total lockdown was announced last week, I have felt the pressure of people losing freedoms and being trapped ramping up. Shaping itself into something ugly. The worst contagion here is fear…

We are pack animals who need interactions and freedom. Even those of us who are introvert, need to know we are free to roam and mix. The worry of the virus as well as the loss of freedom is generating a toxic layer of energy.

Which is not surprising. Being locked up is normally a punishment for committing a crime. It is a punishment because it is a form of torture.

If you read my last post, you may know I am sceptical of what is currently happening. I am not a denier of the virus, but it makes no sense to me why we have all been imprisoned for something we are told will cause little more than cold or flu-like symptoms for the majority, and just like the flu, can be fatal to those who are vulnerable.

My gut is telling me something is very amiss. And if I’m honest, I think a good percentage of the population feel something isn’t right, but cannot put their finger on what it is.

Generally, most will fall into three camps. Those who do not question what the government and media are doing and saying about the virus, those who believe the virus must be more deadly than the governments are letting on to be going to such extreme measures, and then there are those like me, who do not believe the ‘supposed’ necessity of this world lockdown and that something more sinister is going on.

Most find it hard to believe that the governments around the world would or could lie to such an extent. We look to our leaders in times like these for reassurance. We want to believe they have our best interests at heart and are truly looking after our wellbeing.

But it is well known the media and governments do not tell the truth. They twist situations to work for their own narratives. The media controls us through fear. The news is designed to be seductive in the way it draws us in and plays on our fear of death.

I have been avoiding mainstream media’s reporting of the situation, but last week I watched a Sky report on Italy. The opening scene was of the camera panning around a room filled with coffins, implanting a message that this will cause our death. The next scene was of a ward of elderly people on breathing ventilators. Harrowing scenes of suffering that ripped into my heart and made me feel overwhelmed with dread. Exactly the desired intention.

Last night I flicked onto the news on BBC, and again I was drawn in by the fear mongering. It somehow changed by way of thinking from rational to illogical. I felt cut off from my own senses. It was almost hypnotic in the way it drew me in and took over my mind.

What Does Your Gut Say?

As I mentioned in my last post, I feel something good can come out of this situation. When I tune out of the fear/anger vibrations and into my own intuition, I feel a very positive undertone of energy. It’s as though we are being purposely distracted from it.

I appreciate that it is very difficult to tune into intuition when there is so much overbearing emotional energy around controlling our minds. Taking a couple of days away from watching mainstream media will help with that.

Also, if you find yourself being constantly dragged into the all-consuming fear and anger energy surrounding us, and your usual methods of rebalancing are not working, a good trick to try is sound meditations or chanting Om.

Om is both a visual symbol and a sacred sound or mantra which is incredibly healing when both heard or spoken. The syllable Om is composed of the three sounds ‘A’, ‘U’ and ‘M’ – AUM. ‘A’ is pronounced as an elongated “awe.”

Om sound is said to represent the beginning, the creation of the universe and everything within it. It has been described as symbolising the ‘conscious or waking state’.

Chanting Om is known to:

There are many other ways in which chanting Om can help right now. But what you will notice when you use it is that it helps drown out irrational fear. By chanting Om for two to five minutes at a time, you will notice how much calmer you feel after and in tune with yourself.

If you are self-conscious of chanting, because you live with others, you can always go on YouTube and listen to a recording with ear phones.

I found this to be a good one.

Staying in tune with your own intuition can help you ‘see’ more clearly and keep you out of unnecessary fear.

In my next post I hope to address the important part Empaths can be playing right now.

We have 1462 guests and no members online