What It Means to Surrender in Perspective of the Awakening 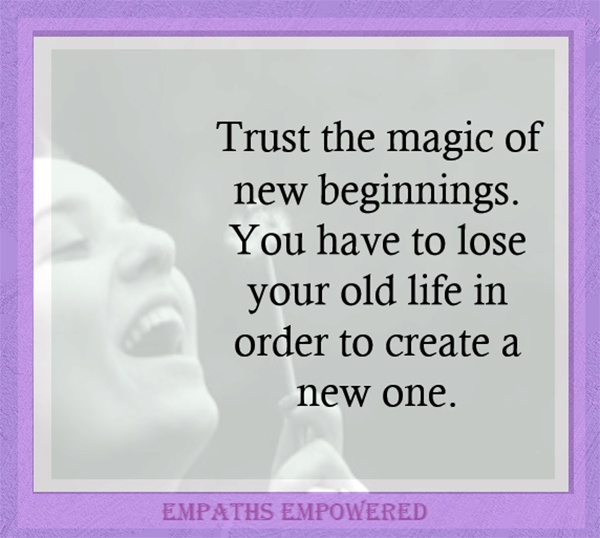 Surrender can have different meanings to different people.

To some, surrender is seen as a passage into freedom, a way to stop the struggle and let go. To others, it is a weakness, a way of giving up.

Because surrender has been painted as a failing in society, it has never really been encouraged. It is thought by surrender we lose power. When in fact, it takes us into power.

Those who avoid surrender tend to be fighting with themselves or with others. If only in their ‘fight to be right.’

When there’s a fight, someone always gets hurt. And when there are casualties, no one is a winner.

To me, surrendering means to allow for change. Surrender fear, beliefs and old ways of being. This also means the beliefs we hold about the way we look, think and feel.

This isn’t about being a doormat for others to trample over. Nor is it about not standing for what is right. To surrender is to simply let go of the old ways of being or that which no longer serves, and the fear that kept us enslaved.

Humans are led by emotion and fear. For a long time, society has manipulated our emotions by giving us reasons to fight or reasons to be angry and afraid. Manufactured forms of distraction that kept us in servitude of a control system.

These distractions, and ways to keep people divided and in fear, are now getting louder because we are moving in to a new era where people are waking up.

As a species, we don’t like giving things up: habits, ways of being and beliefs. Even when these habits are known to be bad or wrong. We often have to go through a crisis before we will change or surrender. This is what we are now experiencing.

We have reached the precipice. Change is the only way off the mountain.

We are in times of great change. There are many layers to unpeel. One of such is surrendering the old thoughts and beliefs that kept us controlled.

When we do not have freedom of thought, we can’t tune into our higher mind. We then become little more than computers running software programmes. Freethinking should be a basic human right, yet it has been systematically removed by society.

I was talking to a friend the other week. We were discussing the current world crisis. My ideas in no way matched hers (as is often the case with my friends). After listening to my opinions and outlook, my friend told me she didn’t know how to think independently or question things. She needed to be fed information. In other words, she needed to be told what to think and believe.

This is the case with many people. Because ideas, opinions and thoughts are obtained from one place and not from observing various sources of data, the ability to question anything or formulate an original idea is stifled.

The fact my friend could see her opinions were influenced by mainstream, and weren’t really her own, shows she is in the process of ‘waking up.’

All our lives we have been fed information. How to dress. How to think. What to hate or love. Society has not encouraged us to think independently, only how to think as a majority.

There is a famous quote, by Henrick Ibsen: ‘The majority is always wrong, and the minority is rarely right.’

It reminds me of how little we really know. This world has been built on lies and illusions. Layer upon layer.

Until we can allow for independence of thought, by tuning into our higher-selves, we will continue to labour under false illusions.

When we regurgitate what we have seen on the news and in the papers, we might think ‘we are in the know.’ But it is little more than intentional programming. Hidden under the veil of an ‘educated opinion.’

We have got more chance of getting to the truth by surrendering to the voice of our higher-self than we have from listening to mainstream narratives.

Inside we hold the answers to the universe, but we have not been shown how to gain access. We are taught to trust only the narrative of authority, and not the truth within.

The simple way to break free is to surrender the need to be part of the collective mind.

Have trust in the one. Trust in ourselves.

What it means to surrender is to let go of everything we thought we knew, let go of programmes and thoughts that have been implanted. Believe in our own power to create the world we want to live in.

Instead of fight for what we think is right. Surrender to what we feel is right. Lead with love and surrender the fear.

As a side note: if you are feeling particularly strong negative emotion around your solar plexus, know that it is very likely a pooling of the mass hysteria being stoked up, mixed in with your own apprehensions. A quick way to block it is to simply place your hand over the space you feel the emotions. This post also has ways to deal with the overwhelm of fear that many Empaths are currently experiencing.

Stay tuned for my next post which is about how judgement has controlled us.

We have 3403 guests and no members online