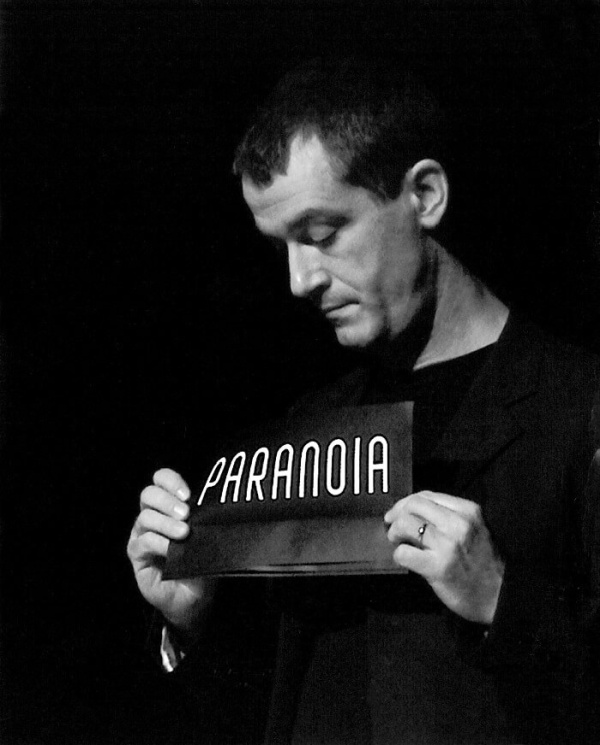 Would you be surprise to know, one of the biggest disorders that our society is currently facing, is Paranoia? Paranoia, is thinking and feeling like you are being threatened in some way, even if there is no evidence or very little evidence that you are. Paranoid thoughts can also be described as delusions; for example, assuming a social media post was specifically designed to “attack” you or hurt you in some way.

Due to paranoia, you choose to consciously “attack” back–yet such post was simply someone expressing their opinion (without “you” at the forefront of their thoughts) but because you assume it was a “threat”, you react hoping to hurt the other person back. In the last few years, such conduct has been studied by psychologists and sociologists, both ending with the same conclusion….“due to a high level of ignorance and stress, we are currently seeing the highest level of paranoia within society. It is a silent epidemic”.

Paranoia can have multiple definitions and levels; it can range from mild to severe. For example, paranoia can mean temporarily feeling nervous about a person or situation, or it can mean having great anxiety because you feel like someone is out to get you. Paranoia can be a symptom of various mental disorders, such as bipolar disorder or another mental health condition, such as schizophrenia. When a person has bipolar disorder, their paranoia may be a sign of psychosis.

Clinical Paranoia is similar yet a bit more serious; unlike traditional paranoia, it is not often the result of ignorance and stress but of more serious complications. Psychiatrists use this term to describe a disordered way of thinking or a state of anxiety that leads to delusion. For example, a person who believes the police is tracking his every move, even though the citizen is not someone of importance to the authorities; unfortunately his belief doesn’t leave room for a rational discussion and causes extreme anguish on the patient.

Paranoia is not the root but a symptom of several conditions, including: Bipolar disorder, paranoid personality disorder, Schizophrenia, delusional disorder, brain toxicity caused by drugs (prescription or plants), alcohol use or by certain other types of intoxication, brain diseases or tumors, Dementia, Epilepsy, infections that affect the brain. However the level of paranoia most of society is currently facing is due to high level of stress, low self esteem and a low level of education which often lacks critical rhetoric thinking.

Within bipolar disorder, clinical paranoia may be part of a manic episode or it may be a sign that the patient is experiencing psychosis; a condition in which a person loses touch with reality. About 3% of the population in the United States alone experience psychosis; worldwide, the percentage increases considerably. It is necessary to know what the symptoms of psychosis are in order to recognize it; please consult with a medical professional if you feel you are experiencing these symptoms.

The most common symptoms are: Delusions….serious false beliefs about the reality of situations or people–believing something you yourself have not experienced nor tested yet exposing anger towards anyone who beliefs differently. Serious delusions which involve hearing, seeing or feeling things which are not real (this does not include valid paranormal phenomena). Disorganized speech and thought patterns. Disordered thinking, which means your thoughts jump around unrelated topics constantly.

Although paranoia can express itself differently on each person, here are some commonalities…You think someone might rob, hurt, or kill you (when there is no valid reason to feel that way). You think people are laughing at you or whispering behind your back–these feelings may be accompanied by auditory or visual hallucinations. You think people are deliberately trying to exclude you or make you feel bad. You interpret certain facial gestures among others (strangers or friends) as a kind of inside joke that is about you. You feel everyone is looking at you and/or talking about you negatively.

Paranoia is an exaggerated and unreasonable distrust and suspicion of others; such suspicion is not based on facts and often develops into delusions, which are strong beliefs in things that are false, unreal or unlikely. The thing about a paranoia, is that if left untreated it simply grows until it debilitates its host.

Reprinted on crystalwind.ca with written permission from Sofia Falcone.

We have 1691 guests and no members online