Give the Kids a Break 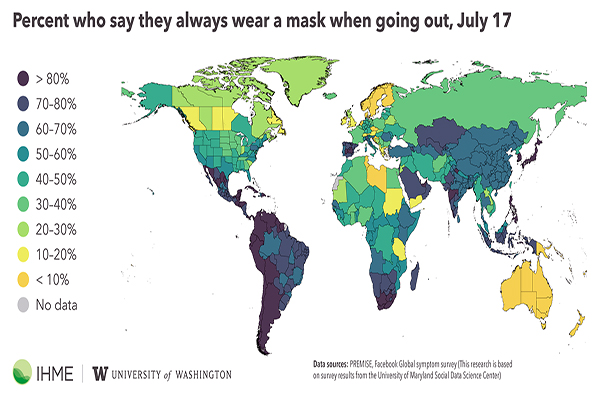 I wonder if there has ever been a generation that didn’t consider the generations that followed it to be spoiled, selfish and hopelessly foolish?

With cases of CoVid-19 surging in many areas that thought they’d escaped or moved past the worst of it, we’ve now got shaming of “young people” by older people across the political spectrum, for supposedly causing the surge by failing to socially distance and observe other norms.

It is not at all surprising to me that the average age of positive cases has plummeted, since: 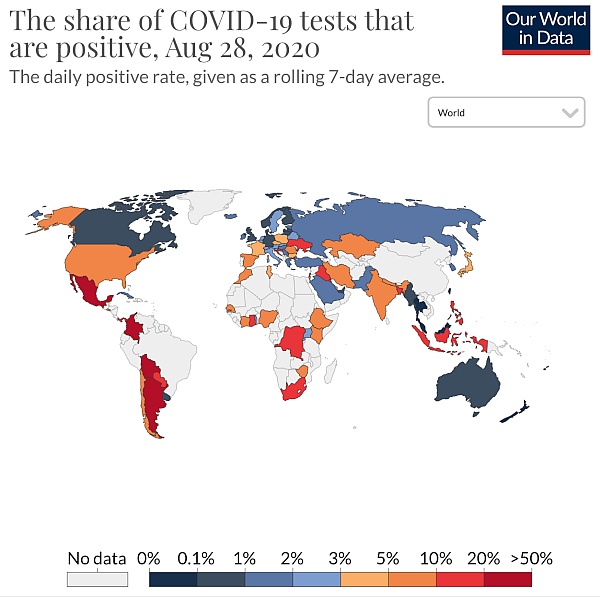 This is not to suggest there’s not cause for alarm — the daily positivity rate (positive tests as a percentage of all tests done) in some areas has jumped up again past the 5% threshold, notably in Spain and many parts of the US where the average is nearly 7% and in some regions it’s over 10%. By contrast, in Canada, Australia and most of Europe it ranges from less than 1%, to 3%. A high positivity rate suggests many new cases are not yet being detected, and hence cases are likely to rise in that area, and many more are likely infectious than official cases would suggest.

But there’s little indication that “young people” are taking the situation significantly less seriously than those of us in riskier age groups. The map at the top of this post shows who is and who is not regularly using masks (the rates for social distancing are comparable). What it suggests is that we don’t take precautions before/until we perceive our immediate risk to be high. The lax social distancing and mask use in Western Canada and in Australia is easy to understand when case, hospitalization and death rates there have been minimal and positivity rates are less than 1%.

I’m a resident of BC, and my observation is that mask use among all ages is still minimal, even indoors, except in establishments that mandate them (in which case, being Canadians, we mostly politely comply). Even now, with rates increasing, there are almost no places in BC where more than one person in a thousand (0.1%) of the community has tested positive, and overall only one tenth of that small number is still infectious (ie was infected in the last 14 days). Even if only a fifth of infections have been reported (which is likely the case in most areas) the risk is still tiny. But as quickly as reported cases rise, I am seeing mask use rise commensurately, voluntarily, and among all age groups.

And as much as I have been infuriated by the laxness of some adult community leaders (business leaders, police, and particularly parents, whose model young children are likely to follow) in social distancing and mask use, I think their complacency is understandable in light of what would seem to be a community-wide unspoken consensus as to their level of risk. And I think it is changing, and will change, as the level of reported cases and deaths rise.

There is also some evidence that many asymptomatic cases, and those who are infectious but wearing masks, spread a relatively small amount (called the “load”) of the virus. This would seem to be a significant reason why new cases and deaths in New York state are now at an astonishingly low level, despite the fact only an estimated 20-25% of its 20M citizens have been infected (only a tenth that number have a confirmed positive test), far below “herd immunity” level. Mask use there is about 60%, and social activity is still 30% below normal, which accounts for much of the improvement. It may just be that at that 60% threshold, many fewer infections are occurring with a high viral “load” transmitted, and hence hopefully new cases and positivity rates will fall and stay below the threshold below which test-and-trace programs can finally be effective.

Even more encouraging, a new research report suggests if your mask exposes you to only a small “load” of the virus from an infected person, you may not only be asymptomatic, you may acquire some immunity to the disease in the process. (Layperson’s explanation of this report here.)

It will be interesting to watch what happens in California, which, after a horrific month, despite mask and social distancing measures comparable to New York’s, has finally managed to ratchet its positivity rate down to 5.5% (below the US average) and its daily deaths per M people down below 3.0. The IHME is betting that won’t be enough to prevent another 30,000 deaths in California (versus almost none in New York) over the next three months. I guess we’ll see. 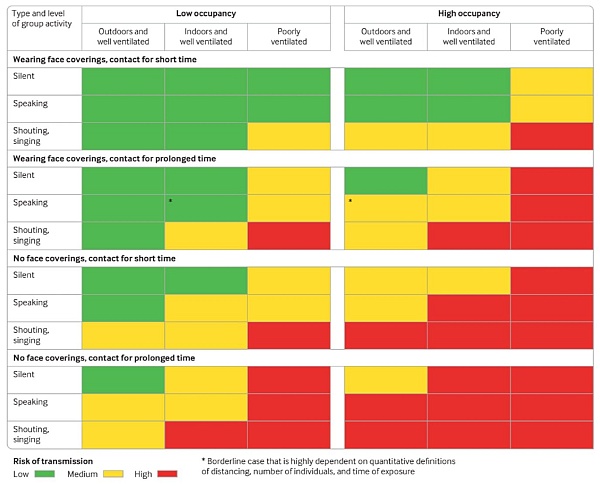 The chart above, published this week in the BMJ, is probably the best advice we could all take at this point. If you’re thinking of going to a high risk (red) activity, you would be wise to avoid it. If you’re planning a medium risk (yellow) activity, you would best consider taking some action (wear a mask, shorten your visit, and/or get it moved outdoors) to make it into a low-risk (green) activity. All other things being equal, social distancing will help but probably not as much as these other actions.

So, bottom line, I hope we’re willing to give the kids a break. In most places we haven’t been good, or early, models of what we are now wisely preaching. And I don’t think there’s any comparing the thoughtlessness of some “young people” during CoVid-19, to what we “old people” have done on a massive scale to wreak ecological havoc, accelerate climate collapse, rack up unrepayable levels of debt, and exhaust inexpensive non-renewable resources, without giving a tinker’s damn about the consequences to “young people”. People in glass houses and all that.

This is the 11th in a series of articles on CoVid-19. I am not a medical expert, but have worked with epidemiologists and have some expertise in research, data analysis and statistics. I am producing these articles in the belief that reasonably researched writing on this topic can’t help but be an improvement over the firehose of misinformation that represents far too much of what is being presented on this topic in social (and some other) media.

[Postscript for math & stats geeks: Just as I completed this post, IHME announced it’s recomputed its age-weighted IFR, used to calculate estimated actual historical infections, and hence to forecast, based on recent estimated-infections-to-reported-cases ratios, deaths going forward. The old rate was ~0.9%; the new age-weighted rate for the US is 0.66% (it differs for each jurisdiction based on median age). Estimated actual historical infection rates have been increased proportionally, though they remain far below herd immunity levels everywhere. What’s interesting is that they are still using reported deaths in these computations, despite the fact that excess death studies suggest actualCoVid-19 death rates in most developed nations are ~50% higher than reported rates. If you take the new IFR of 0.66% and multiply it by 1.5, guess what you get as an actual IFR? The same 1.0% that rates globally have seemingly been converging on for months. It’s just coincidence, and convenient, that reported deaths and estimated actual infections have both apparently been understated by a third. We just have to be sure that when we’re talking 0.66%, or 1%, we’re referring to the appropriate numerators and denominators. It is doubtful we’ll ever know precisely what the death total, or IFR, actually were — too many uncertainties. But it seems increasingly likely it’s in this range.]