Masks And Controlling Behaviour
A+ A A- 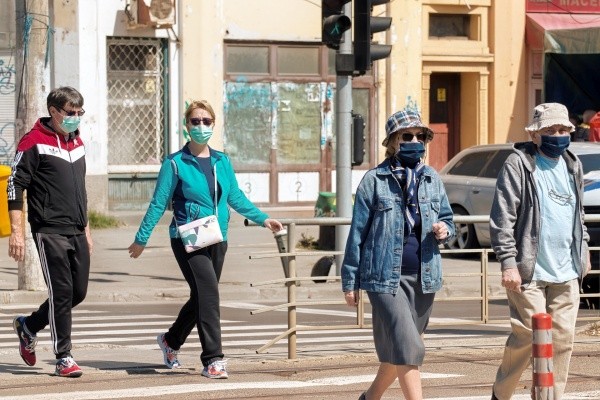 I’ve seen a few people on the interwebs saying that being told to wear a mask is controlling. It’s not. It’s a clearly expressed instruction that has helpful consequences. Wearing masks reduces the spread of disease. It won’t stop it, it isn’t 100% guaranteed to keep everyone safe, but it helps. In much the same way that seatbelts help but do not 100% guarantee that you will survive a car crash. This is useful instruction, not control.

Controlling behaviour is designed to make you fearful and obedient. It makes clear to you that the other person, or organisaiton has all the power and that it is dangerous for you to be anything other than totally compliant. Whether we’re talking about domestic abuse, workplace bullying or tyrannical states, the mechanics are much the same.

Controlling instructions aren’t clear. They may be over complicated. The latest instruction might contradict the instruction before it. You may get multiple instructions that are incompatible, or they may be vague so you aren’t sure if you’re following them. Instructions may change frequently with little or no warning so it’s hard to keep up. The result is confusion, insecurity and no confidence that you’re getting things right – no matter how hard you try to comply. You will have to always be alert for the next rule change, and will have to pay a lot of attention. It’s exhausting, and when things go wrong, it will be your fault for not following the rules properly.

Controllers use a mix of threats and promises to make you compliant. So, for example the may offer something you want. Like being able to have more than six people gathered on Christmas day. At the same time they’ll hit you with something frightening that you really don’t want – that the young humans will not be allowed home from university for Christmas, for example. Carrot and stick. You know they can really hurt you. You know they can deny you things that are really important to you. It will be conditional on your behaving, so you’d better focus on those vague and changing rules and get it right…

Clear rules might be annoying and they might be limiting, but they aren’t controlling in this way. The real loss of freedom comes when you are at the mercy of vague rules that you can’t uphold, where the punishments for failure are fearful, and you are being setup to lose. Controlling behaviour isn’t about getting you to do a specific thing. It’s about getting you so fearful and stressed that you’ll accept whatever is done to you and do whatever you think you’ve been told to do. It’s also not about the early rounds where you are being broken in. Go out, stay home, you must go to the office, you must not go to the office, you must protect granny by not seeing her unless she babysits to let you work and then you must see her… this is small stuff. This is how you train someone. It’s once this has become normal, and you jump through hoops without questioning it that those with power over you can start telling you when to report your neighbours, and not to teach anything in schools that challenges the system.

Your Most Recent Upgrades & Your Mission ∞The 9D Arcturian Council

Your Weekly Guide To Planetary Influences for October 26 to November 1, 2020

Heart of the Matter