Shifting Perspectives
A+ A A-

When the Aliens Come 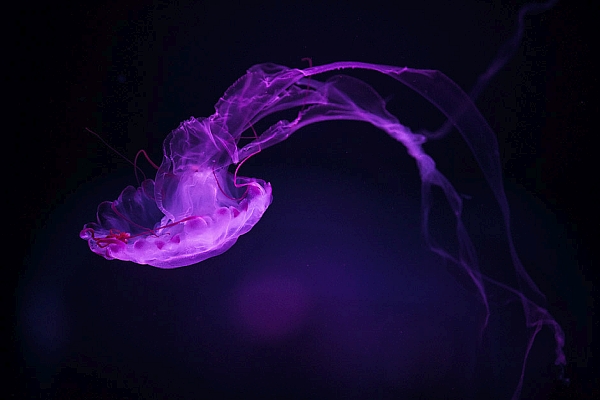 When I was younger, I used to fantasize about our beleaguered planet being visited by aliens. Even as a child, I had a better-than-Hollywood imagination — my envisioned aliens never looked in any way humanoid, and were more often creatures of pure light or energy, who were collective, not individual, and who communicated across space and time without the need for making sound or words.

Now, while part of me recognizes that in our unreal world anything is possible, another part of me accepts Stephen J Gould’s argument that the likelihood of life emerging in any form even vaguely resembling its current form on this planet (ie predominantly vertebrates with five senses and centralized brains), is so remotely low as to be essentially zero. And there is also the argument about whether an alien species capable of making the long trip here (physically or psychically) would even be bothered to do so, there being an infinite number of other places to visit; and whether any such species by its nature is inevitably going to self-destruct long before escaping its own world.

But suppose there were a species capable of visiting our planet? I would not use the word “intelligent” to describe such a species; even less would I use the word “conscious”. It seems to me, after nearly seven decades of pondering extraterrestrial life, that the only true indication of intelligence is, as Darwin suggested, the capacity to fit well into one’s environment in order to thrive in harmony with all life. The capacity to create fragile, rapidly-decaying, prosthetic technologies that allow the creation of artificial environments, environmental destruction, weaponry and the escaping from the environment in which one was born to thrive, seems to me to be the very opposite of intelligence — I would think any aliens would see it as evidence of massive psychosis and maladaptation, a plague best terminated before it got out of control and undid hundreds of millennia of carefully co-created complexity.

What I find particularly laughable about Hollywood portrayals of aliens is the staggering arrogance that presumes alien visitors would have any interest whatsoever in communicating with our particular species, when there are so many complex creatures on this planet that have successfully adapted in astonishingly varied ways to planetary changes far beyond anything our feeble species could possibly survive, and have done so for hundreds of times longer than our neophyte species has been around.

I would think alien visitors would be far more interested in studying whales, jellyfish, and bats, than they would our miserable, cancerous, catastrophic species. In fact, an alien culture that paid any attention to us at all would probably be most concerned about whether they should quickly exterminate us before we do any more damage to the balance of life on the planet, or whether they should instead let the human plague take its course like any other pandemic, until it exhausts the capacity of its host to provide it with essential resources, and exterminates itself. The end is the same.

I suppose this is why I no longer watch movies — either sci-fi films or any other style of preposterous digital fiction. Their stories are all utterly implausible, escapist, masturbatory fantasies, designed to make their viewers feel something — anything but the ghastly, helpless, hopeless sense of shame that I think is eating our species alive as it begins to dawn on us how utterly incompetent, useless and destructive we have been during our short and brutal time on this planet. And the sheer hubris of believing we can somehow fix the catastrophic, desolating mess we have unwittingly created, or that we can or should leave and try to see if we can do better on another planet!

A film that really showed us, through the eyes of an alien species, who we are, and what we’ve done, would of course not be a commercially successful one. As Eliot said, humankind cannot bear very much reality.