Who Should Be In Charge of Response to Public Health Emergencies? 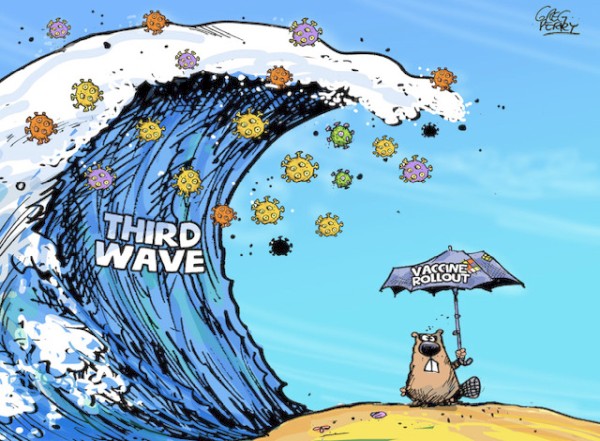 cartoon by Greg Perry in The Tyee

Another little rant from Dave.

The obvious example is pandemic emergencies. The decisions should be made by public health experts, and simply implemented, without debate or discussion, by politicians and all other authorities who lack the competence to second-guess the experts. We lost the war against CoVid-19 because we let politicians, not public health experts, make the decisions. They utterly bungled the response because they were not competent to deal with it in the first place. In a handful of countries — Australia, New Zealand, Taiwan — the political leaders deferred completely to public health experts, and they alone have ridden out the pandemic with a minimum of errors and disruptions.

The same logic should apply to other emergencies, many of which are also ‘public health’ emergencies. Murders committed by police are one. Mass shootings in some gun-crazy jurisdictions are another. Deaths from poisoned street drugs, that now kill 100,000 Americans, and 5,000-8,000 Canadians, per year, double the rate of five years ago, are a third. These can all reasonably described as “epidemics”.

And then we have existential emergencies, most notably the climate emergency, that threaten us all. XR has insisted that assemblies of true representatives of all citizens, focused entirely on grappling with the emergency and not beholden to anyone else (including voters not happy with the necessary actions), should have the absolute authority to make policies to address the emergency, which politicians and lawmakers should be required to implement in their entirety and without delay.

That says a lot about the capacity and competence of political bodies to address health issues and existential issues. They are not organized, competent, or motivated to deal with such issues. If we want these emergencies addressed promptly and competently, some other group must be in charge and have the unrestricted authority to deal with them. The political, legal and economic system must be required to support them, regardless of how they feel about them. Politicians, law enforcement and regulatory bodies should have neither the authority nor the responsibility to deal with such issues, simply to abide by the orders of the group (public health officials, citizens’ assemblies, or investigative agencies) that does have the competence, expertise, and independence to make these orders, and those groups should be given both the authority and commensurate responsibility to do so.

I can hear the shudders from libertarians. We’re going to give an unelected group power to issue orders affecting everyone, with no political oversight? Well, we don’t elect generals, but we don’t demand that our elected “representatives” make or second-guess their decisions on the battlefield. We don’t elect regulatory authorities, but when the NTSB demands an incompetently-built Boeing model be grounded, politicians don’t debate whether that’s a little unfair to poor Boeing. They ground the jet.

Our political systems are bloated, corrupted by money, short-term (next-election) focused, and largely paralyzed. It is absurd to think they can be expected to deal with an emergency, especially when it’s not a political emergency but rather a health or existential emergency.

If we want these emergencies dealt with properly, we have to take the authority and responsibility of dealing with them away from elected politicians, and give them to experts who have the knowledge and capacity to present urgent, viable solutions to these emergencies, and have them implemented without political interference. Is that a scary proposition? Of course. Public health experts make mistakes (especially when they wander into the political and “public relations” arenas). Citizens’ assemblies, if they ever see the light of day, are bound to make mistakes, too.

Could it ever happen? Would politicians ever give up the reins of power outside of a full-scale military war? The dress-rehearsal of CoVid-19 suggests the answer is a resounding no. Without it, our chances of being ready for the next pandemic, which could be orders of magnitude larger than this one, or being able to reduce police murders, mass shootings, and a spiraling epidemic of street drug poisoning deaths, or being able to seriously address the existential crisis of climate and ecological collapse, are absolutely zero. We’re kidding ourselves if we believe otherwise.

Oneness with Source - Teachings of the Masters

We have 2941 guests and no members online