An Arcturian: Everything Is Always All Right

An Arcturian: Everything Is Always All Right 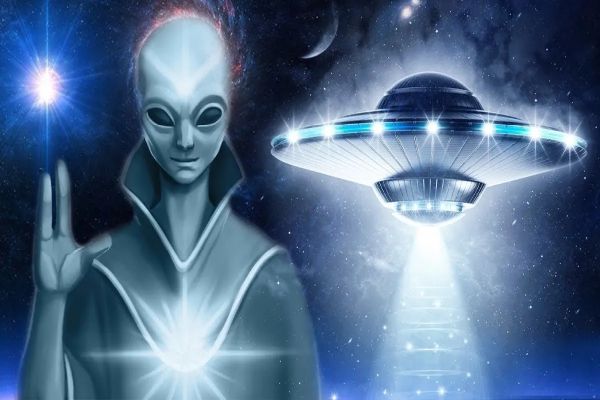 Dear fellow humans, The opportunity to talk with you again today makes me happy and honoured.

I mentioned in the first message that people frequently assumed they had discovered the only viable route to the source. There are, in my opinion, countless routes to the source.

There are also infinite perspectives. Some perspectives have greater utility than others, but nonetheless they exist. Humans tend to look for the one correct perspective and say that all the rest is wrong, but it is good to actually be able to look at something with multiple perspectives.

You can think of this as having different glasses that you can take on or off as needed. For example, let us say that tom gambles away his rent money and becomes homeless humans would debate what the one correct perspective is here: did tom make bad choices, and should he now take personal responsibility for his situation, or was tom, perhaps mentally ill, and that is why he Gambled, and should society help him, which is the one correct perspective. I think that both of these perspectives have some amount of utility, not necessarily the same amount of utility, but at least some utility. There is no sole correct perspective here and there are many other perspectives. Besides these, two, such as a system should not run-on money at all, or money is all right, but a system should not run-on fiat money, etc. With that in mind today, I would like to share another perspective on your current situation.

I am not saying this is the sole correct perspective. I am just saying that it is another perspective. This perspective is everything is always all right in the universe. How can it be? Otherwise, everything and everyone is fundamentally one and the consciousness of that one is source. So, no matter what happens, everything just is, and both source and parts of source, like yourself, learn lessons and experience soul, growth, no matter what happens if the dark forces were to achieve a complete victory on earth which they will not source, would just intervene directly if the dark forces took complete control of the galaxy without intervention from source.

Even then, that is just a cycle in another cycle. The light forces will be on top right now. Source is learning from the struggle between light and dark, so expect that there will be light and there will be dark for a long time to come. Personally, I am at peace with that and even if the dark forces took complete control of the galaxy, which would not happen even then source is just fine. Your souls are just fine soul. Growth is still achieved, there is nothing that can happen in the tangible world out.

There that would harm source, and so long as you do not sell your soul to the dark. There is nothing that can happen that would harm your souls. Yes, in some situations, there is more suffering, and, in some situations, there is less suffering. So, what suffering too, is just an experience to have in this universe? You may not like it, but you have suffered, and you will suffer resist suffering and that probably just means that your soul will continue to line you up with situations in which you suffer until you have no resistance to it and you can treat it as just Another experience in the end suffering always ceases just like all experiences always cease and then there's something new. Any suffering you go through is just another gem in your crown another situation that brings your soul a gift of experience and wisdom.

If, in this life you suffer terribly, then you will likely gain great soul, growth from that your soul does not even care that much, whether you suffer or not. First of all, you signed up to be born on this planet or to go even further back at one point, you were an undivided part of source, and you existed in a state with no suffering. Yet you chose to begin a journey of getting split off from source to experience, existence and then, finally, to re-emerge back into the godhood. You signed up for suffering and you have suffered, and you will suffer in the future. So why resist it? If you are in pain, just think I accept that right now I am suffering or if you can't just think I accept that I feel resistance to accepting that right now I am suffering now you have free will and you can interpret this message to become callous Towards your fellow man, but I do not recommend it you and that other person are still one.

If you harm another, then indirectly, you are harming yourself and indirectly your own suffering will increase. Meanwhile, if you help another, then indirectly you are helping yourself and indirectly your own suffering will decrease, although Arcturians do believe that, ultimately, everything is all right. We are turians are also helping out humanity, not because we fear suffering, but because you are us, the following may be a good rule of thumb. If, in the long term, you want more suffering in your life harm others, if, in the long term, you want less suffering in your life, help others. That said, if you help others to the point where you give away everything you have, then that may increase your own suffering as a rule of thumb. We do not recommend treating other beings better than you treat yourself, because that would not be loving towards yourself.

Also, ultimately, you and that other person are one which means that there is no difference between you and other people. Terminology like helping others might suggest a separation that does not exist. You can also think in terms of some people are currently playing a game of separation. They pretend, like other people, are separate from them, and so they harm others if that benefits themselves, but because everything is one in the long term, they are harming themselves. Meanwhile, some people are currently playing a game of unity. They see correctly that other beings are them, and so they do not harm them.

Instead, they either help others or they help themselves in a way that does not directly harm others, because all are one in the end. These paths are the same. So how is the situation on earth? It is all right, both from the perspective that you really have a very bright future in the medium term, but also because everything is always all right. It could not be otherwise. Thank you for the privilege of being able to communicate with humanity.

You have no idea just how many beings would love to be channeled right now. I am grateful for the opportunity in unity.

This article was transcribed from video using YouTubes free transcription service. It may contain errors.

We have 967 guests and no members online