Generally Speaking, This Is the Shift
A+ A A-

Generally Speaking, This Is the Shift 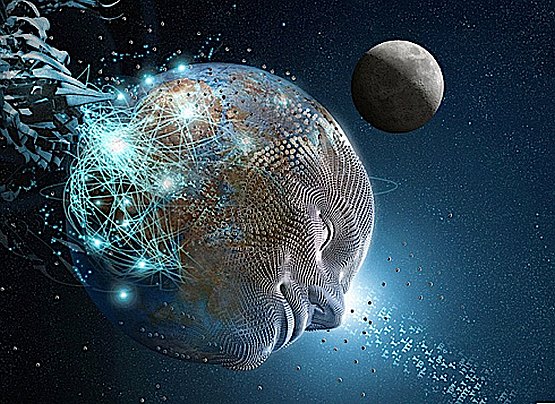 The new world is a thing of the past. The next world is one that has not yet been imagined, even by the best of minds, for the world of now is steeped in pain and traumatized, shattered and fragmented and seeking integration with itself. You are each coming into wholeness, step by step, and you will achieve it as you progress in the mindfulness of who you are, by paying attention to what appears in your field of vision and your subconscious thoughts surfacing in dreams and waking epiphanies.

However, you have not yet brought yourselves together as a people in the way that a clear picture and understanding of what the world could be can be clearly perceived. We would like to take a few moments of your time to bring you a bit closer to that understanding, and do it in such a way that the words we impart may sustain a trajectory in the direction of planetary oneness of intent for the race you belong to, which is evolving from human into something altogether new. We have been in a place similar to yours in our history, so we know whereof we speak, and beg just a small indulgence of time to weave our tale to your maximum collective benefit. We begin.

You can imagine yourself as part of a tribunal, a gathering of those who have decided to embark on a mission of scientific understanding of a new field of consciousness, a new territory of the field of reality to explore as seekers of truth and wisdom. You are one of many who work with the greater galactic community of free peoples; screening your waking mind for memories of such a gathering is good to do now. You can see that there is a lot of debate going on about how to proceed in the grand experiment of consciousness-gathering, as there are parameters of the experiment that you had not seen before which are now coming into view. This is normal when the topic of study is the evolution of the human formula from one phase of being to an other, higher one. There is a natural falling away of fixedness as fluidity of the experimental framework becomes more necessary. The principles remain set, but the parameters will vary. You have the general idea of how this goes, as an experimenter in your own life, taking samples of different kinds of experiences and making sense of them in relation to your place in the reality you operate within. It is no different on the large scale, in which you are working on the soul level to gather the experiences of the various expressions of your temporally based emanations and embodiments in the timestream of Earth. The moment you are aware of in the course of your lifetime is one experience for your soul. There are other emanations of your soul which have other embodiments, some of you in other places in time, some in other embodiments linked to the same group that forms the basis of a higher level of soul. You have come to this life to retrieve the experiences that your soul has ventured to gain, in the course of research of a more or less scientific nature, the results of which will be presented in a briefing at the conclusion of your present part of the experiment of soul. Your life is of the utmost importance to your soul, and is of the utmost interest to the source of love and creation of life itself, the source of everything and the emanator extraordinaire, which we call OM. The experiences you garner will be your contribution to the answer that is eternally forming to the question of being in the universe at large. You are taking part in the activity of God’s willful exploration of the nature of love in every possible way. That is no small feat! But let us get back to our tale.

New world order is a thing of fear for many people. This is not the way the tribunal had originally anticipated a dream coming true, but nonetheless it is how they have watched things unfold. You, as part of this tribunal, have seen in the shadows a movement toward light, a shift in the timing of evolution that presents a new opportunity to the experiment to take on a greater range of experience and a greater potential for love to show itself in dramatic and generous ways. The word “experiment” perhaps is misleading, as there is a lot more going on in your reality than mere objective knowledge-gathering. The objective in the grand adventure of life on Earth is love, plain and simple, and the conflict that is being dealt with to discover the secrets love has to share is in the appearance of an unforeseen bend in the road showing up with an entourage of infernal vagabonds starving for love. What do you know? Now is the time to kick into gear in that regard. Know what you know, and use it to pry open love’s box of secrets in this scenario of late-in-the-game awakening to the light threading through the space between you and the new reality that is taking form. Know that the day is stealthily moving into position to break through the barriers of darkness to illuminate the world as it wakens to awareness. Know that there are forces beyond the normal day-to-day reality that are interpolating energetic frequencies to sequence them into form. Know that every effort made in the direction of truth and justice is moving those sequences closer to being, and that nothing, no shred of thought, is wasted in this now.

You have had a say in the way you want to experience the life you are now living, and you will have a say in the way you want to go in the life to come, on earth or in another world. You have not been tricked into joining in a game rigged to one side, nor have you been brought into a losing situation. Even in the darkest moments for yourself and the world you live in, know this is true. You have agreed in one way or another before arriving on the scene that you would participate in the time now at hand, and the direction of reality is changing to meet the temporality of the next phase of earth’s evolution. Time is taking a new turn and the truth of the path of humanity’s past and future are no longer able to stay hidden from view. Understanding is now on the horizon for everyone to see, and the landscape  from that perspective will never be the same for the collective cognizance of who you, as a people, are. Your motivation through the eons of getting to the point you are within now has been merely to transform as the planet transforms, nothing more or less, for within that act is everything that it means to be fully human and openly divine. We have seen the trajectory of your current line of time, and it is a signal to the core of divinity, of life, of the source of everything that the moment is at hand for the tale to come to a close and a new reality to begin. It is the moment you have been waiting for!

Give a simple thought a moment to rest in the silence of the heart as it enters into the space of embracing a new understanding. It is this: If you have been waiting for millennia to experience this moment, is it not worth the full attention of every soul embodied on this world? If you represent one aspect of a greater energetic collective of divine intelligence called by you “soul,” is it not worthwhile to reflect on the power you, as embodiments of divine soul-stuff, possess? Your next breath can show the thought’s color and form in a dance of energetic recalibration within the heart-space of your physical body, and establish it within the core of your foundational understanding of self in relation to the new reality of the new world that is now in the formative stages of birth. You have the ability to change your own world, this you know. You as a people have the ability to realize a new reality, as the one that has been the backdrop for so long crumbles and dissolves around you. You are creating the new world this moment, this breath, this peaceful silent pause within the now that awaits formative input from your mind and loving impulse from the creative center of the heart. Time is telling the movement of reality towards the hour of truth being told. The tribunal is ready to tell its side of the story, which is the side of entirety and justice for all. You understand conflict and polarity well as an experience. You have some more secrets to uncover, dear ones!

The Pleiadian Renegades are a collective of beings from a high-frequency, low-density reality that sources from the light of the sun of Alcyone. They are human beings of a higher level of awareness and come to our realm of awareness now as midwives for our collective transformation into the consciousness of divinity. They do this with great love, humor, and depth of understanding.