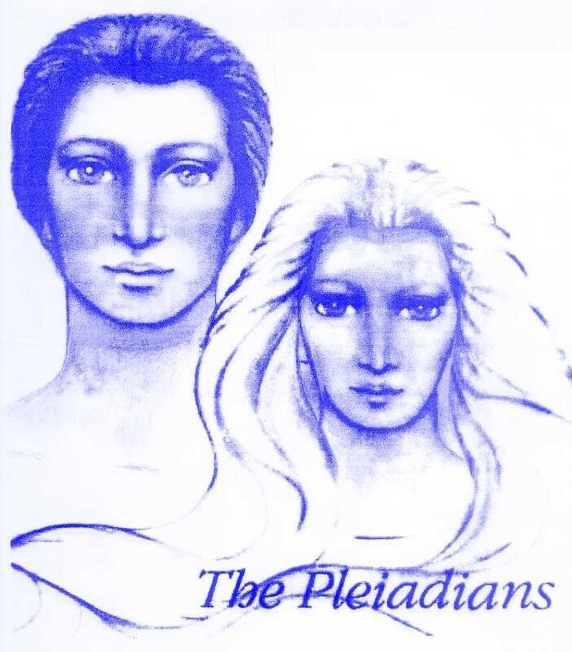 My dearest brothers and sisters - this is Hakann speaking. I love you very much. I also very much love and respect those people who have kept a good heart, despite all the suffering that is going on your planet.

What’s left of the dark controllers are mostly just their Earthling minions. There is a group of earthlings fighting against these dark controllers, many of them being soldiers and Generals that are part of established militaries. Sometimes these are called White hats.

This group is supported by us positive Galactics. We think it is best if we let earthlings Take the Lead when it comes to practical matters. On Earth's surface, for reasons outlined in my message: account history of humanity.

We of the Galactic Federation do not have Ironclad rules that we follow. Instead, we follow and serve source the three primary things that Source once on Earth are an end to so much suffering letting earthlings make their own choices and ensuring that the love-based society that gets established will actually. Last.

After all, Pleiadians are, on average, more loving and more altruistic than earthlings, because we have our needs met. We are not inherently better than you biologically. We are practically the same species and, as stated, our races can even have children together in the normal way.

So, from our point of view, it is obvious that what is needed on Earth is to help people get their needs met as quickly and thoroughly as possible. Note that freedom is one of Humanity's needs, so we are not advocating for an all-controlling government here. Instead, what we think would be one great step is publicly releasing technology that makes people's lives better, such as free energy technology.

A proposal for this was outlined in tunia's message: let's free Earth also, the gray hats already have this technology and they could just release it publicly today if they chose to do so. However, this is not the path that the gray hats have chosen. The path they have chosen is that they fight the dark controllers behind the scenes and, when possible, arrests, their Earthling minions.

This is the opposite of what we and what source wants. Hence, we think that the current strategy is counterproductive. The subconscious shadow of the higher up gray, hats is also that they like having more power, more knowledge, and more money than the average person Plus in some cases they have a dark past and they understand that if everything were brought to light their own past would Be publicized too subconsciously.

These gray hats are less eager to move towards this love-based Society than awake. Earthlings would hope. I do want to be fair to the gray hats.

They are working hard. Sometimes they are risking their lives and they have been and are making some progress against the dark controllers. At the same time, they are sitting on a mountain of evidence.

They could start public mass arrest tomorrow of the dark controllers today, or they could publicly publish all their evidence today and hence empower the population to hold people accountable. The gray hats would probably defend themselves by saying that the population needs to wake up, and it's the fault of average citizens that this process is taking too long. From our point of view, by making people suffer, you only narrow their perspective into a survival mode.

If you want to wake people up make sure their needs are met first. Alternatively, the gray hats might say that if they were to start arresting people now, then people wouldn't have learned their lesson and hence the new Society might not. Last, while I do agree that it is important that the new Society will last, I also think that there has been so much suffering already that earthlings have already learned their lesson.

Perhaps this argument was valid three years ago, but it is not valid now. If public Mass arrests and public disclosure happen now, then the new love-based Society will be stable. Furthermore, I do not understand how the gray hats expect people to wake up and become empowered when there is still so much censorship going on.

If gray hats want people to become empowered, then I want to invite gray hats to remove censorship. Some steps have been taken towards this goal, but not nearly enough from the galactic federation's perspective. If source and benevolent Galactics were to be completely hands off with Earth and just let things play out, then there is a significant risk that the current gray hats would eventually become a new group of hidden controllers who think they are guiding earthlings from behind the scenes.

For their own benefit, if that happened, this group would almost certainly become corrupt over time. The only way to prevent that is to empower the people. This means help them meet their needs.

Keeping in mind that freedom and unrestricted access to True information are some of those needs on behalf of the Galactic Federation, I am hereby formally putting the gray hats on notice that we are watching them too. Should you stray too far into the territory that you are going to guide and direct earthlings from behind the scenes for their own supposed benefit, then you might one day find yourself in front of a galactic Court. Humanity deserves Freedom, including freedom from you to be clear.

We are not saying that you've already strayed too far in that direction. You have not, but we see that as a possible future scenario, and we wish to warn you against that on a more practical level, many of you have sworn Oaths that you will either defend the Constitution or the people. We would ask you to go and fulfill those Oaths, which means arrest the dark controllers and publicly release proof of their crimes.

From our point of view, many of you are not currently fulfilling your oath and we reject the argument that this is the only way you also have the options of public Mass arrests, public disclosure of what has been going on and publicly releasing technologies that would help Earthlings meet their needs. We would gladly provide our support for any of these options to us. The amount of suffering on Earth is heartbreaking and unacceptable, and it's not just adults who are suffering innocent children are suffering too, sometimes in truly awful ways.

If you continue just letting people suffer, including children, then at some point you gray, hats also risk that average civilians will start thinking of you as oath Breakers and is not much better than the dark controllers. Earth will be free one day. I can absolutely guarantee that, and at that point in time civilians will look back at how you conducted yourself during these times.

Let me address Earth civilians now, one day you will be free. I absolutely guarantee that the only question is how slow and how painful the road to that place will be. We Galactics are supporting you, but we are still very hesitant to take the lead when it comes to practical matters on Earth's surface, if the gray hats do public, Mass arrests and public disclosure, then we think that the new Love based society will be stable and will Last, however, if we Galactics were to physically start Mass arrests on your world, then we think the new love-based Society may very well not be stable, so we continue to be very hesitant to directly intervene on Earth's surface.

So that means that, unfortunately, you cannot rely on either the gray, hats or the Galactics to improve your living situation in the near term. I wish that we're not so, but it is the truth from my perspective. If civilians just wait, then eventually things will get resolved, but that might not be until perhaps 2024-2026 it might be earlier, but it also might be later, if you feel called.

I would seriously start to think about building alternate structures outside the system. If enough regular civilians exit the system, then it will collapse and it will be very quickly replaced by this love-based society that we all want to see. You will not fundamentally change things just by pointing out how bad and broken the current system is.

Most people already know the current system is broken. You change things by building a better alternative. Hence average citizens can play a crucial role here by building alternate systems.

I understand that this is scary, but you will be supported by unseen forces every step of the way. If you do this, you will find that things will just fall into place and will just work out for you.

You may be afraid of certain things, such as the government or individuals interfering with you, but if you genuinely work for the betterment of humanity as opposed to personal profit, then you will be protected.

Also, you do not have to do this alone.

You can find like-minded people and work together on this or you can join an existing organization.

I wish I had a happier message today, but ultimately, unfortunately; Earthling civilians cannot rely on either the gray, hats or the Galactics to improve their living situations in the short term.

It is not fair, but ultimately it is the reality, and if you receive this, you are very likely a light worker which means that before this life you signed up to help Earth.

So in a sense you light workers are the Cavalry that signed up to help.

I understand that this is a huge task and it is not very fair that the gray hats have not been doing their part in the way that we'd hoped.

But then again you do not need to do everything along.

You just need to do your part, and even relatively small actions can have huge consequences.

Every time you help someone that person is more able to help others, or at least be good to the people around him.

Hence every act of kindness that you perform reaches many more people than you are consciously aware of.

This means that, with relatively small things, you can have a huge positive effect on mankind, and with that I will leave you today.

You have all my love and respect, and you have my promise that one day Humanity will be free.

We have 741 guests and no members online