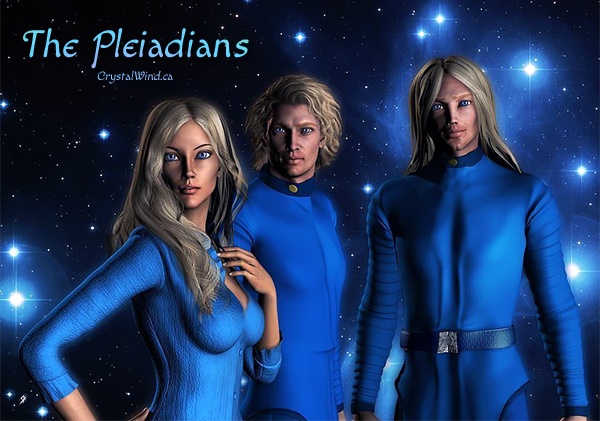 On Friday, July 1st, at approximately 3:30 pm, I was called by my own Akashic Team to “take a nap.” Feeling rather wiped out from all of the “incoming energies,” I immediately aligned with that invitation, but I was also curious WHY it was so important for me to rest on cue.

My team informed me that my presence was immediately needed on the astral plane for a galactic council meeting. I tried to bargain that I would only comply with their request if I was allowed to remember or review the meeting minutes once I returned to my current dimensional timeline. Didn’t really receive a Yea or Nay on that, but, the need to sleep grew heavier, so I obliged.

When I woke three hours later, only vague images and feelings of what transpired were available to me until a bit later, when my friend Shally pinged me with a question about timelines. This reminded me of the important question I asked my team right before I agreed to snooze my 3D body to attend their meeting. The question: am I timeline hopping? The answer: YES. And that question and answer, were, indeed relevant to the next thing Shally shared with me, which was a TikTok video by Carina Devi regarding the rumor that “they” are “turning on the Hadron Collider” on July 5th.

I immediately realized that this was the subject of the emergency meeting to which I’d been summoned. I rarely follow spiritualists anymore. I’ve been doing my own thing, and I have the Akashic Records available to me 24/7 if I need or want to know something. After over 12 years of access, I’ve learned to trust I’ll be provided with information when it’s necessary, and there’s no need to go info mining all the time and constantly “fact checking” all the channels. There’s just too much at this point, and most of it is coming from overzealous newbs what are still caught up in the 4D Funhouse of fantastical findings, Tarot Readings, black magic hexes and spells. Yawn.

Step on up to the Sixth Dimension of Innocence and Truth with me, oh seekers of sage spiritual guidance. Here is the condensed version of the “meeting minutes” from three-hour Galactic Council meeting I attended yesterday, as dictated by my own Akashic Team. Take what resonates and leave the rest. There’s no need to argue in the comments. The Akashic Records will not lead us astray, as some other spiritualists can, will or might, depending on how much of their ego is still driving their personal agenda for fame and fortune. Watch out for those types. I’m now turning this over to my Akashic Team to give you the message they want you to know so that you can guide your own spiritual communities (or simply yourself) into soul evolution success.

We love saying that!

Galactic Council Meeting 50376 was called to discuss the spreading rumor that CERN will reactivate the Hadron Collider on July 5th. (They are actually accelerating it, as the collider has been “on” since April, and they are “turning it up” to a new energy world record of 13.6 trillion electronvolts.) This rumor among Earthling Starseeds is gathering all kinds of conspiracy-theory momentum that is lowering the vibration of the human collective back into 3D density, which concerns the Galactic Council of Light and the Pleiadian Galactic Council, of which many of you reading this are members.

If you do not know what CERN is, we invite you to do some research and educate yourself, but here are some basics:

The CERN acronym stands for Conseil Européen pour la Recherche Nucléaire, or European Council for Nuclear Research. It is described as “a provisional body founded in 1952 with the mandate of establishing a world-class fundamental physics research organization in Europe.”

What we Pleiadians like to call it is: Fucking Around With Physics. FAWP. Yes, FAWP. Have fun with it. Make it “go viral” as you say.

CERN’s LHC (Large Hadron Collider) is housed in a circular tunnel, 27 kilometers (17 miles) in circumference and 4 meters (13 feet) wide, buried several stories underground. From CERN’s headquarters in the Geneva suburbs, this tunnel streaks under the towering Jura Mountains, along the undulating French-Swiss border, and loops back around to its starting point.

When you see photos of CERN’s Hadron Colliders, they may bring instant recognition to the current popular Netflix Series “Stranger Things.”

Recorded concerns about CERN’s latest scientifical fuckery is that they, the physicists, are creating black holes or giant portals into only God knows what. And why? To prove what? The truths that their blind third eyes cannot “see,” or that their numb clairsentience cannot “feel” in their dense hands? Steven Hawking stated that their Higgs Boson “God Particle” experiments could one day “destroy the Universe,” which has perhaps created a doomsday foundation for the conspiracy theories currently spinning on TikTok, the social media entity which is, at best, an endless loop of 4D Funhouse frolicking on those embodied Earthlings stuck in the “in-between” of “should I stay, or should I grow?” Grow, as in evolve. Spiritually. Into Fearless 5D beings. And that is literally the choice they are trying to force you to make. But let us ask you this… do you really think they would destroy the universe on purpose? Especially since that would mean destroying themselves. (And, yes, we are fully aware of the Hawking/Hawkins nod that Stranger Things creators have weaved into the plot of their series that is designed to generate greater fear with its Hadron Colliders and demonic beings. Hawkins, Indiana and Hawkins Labs are associating the gloomy prophecy made by Steven Hawking in regard to the CERN experiments.) Could things be stranger?

Whether the CERN scientists and physicists actually follow through with their positively charged “Run 3” on July 5th remains to be seen, but have faith that, collectively, WE hold greater power together than any human-ego manmade machine.

Again, we remind you of the scene in Ghostbusters where, if you MUST entertain a doomsday scenario, envision the least scary possible! We also remind you of the underlying theme in the Harry Potter series, where you’re shown again and again that, even though you have both dark and light within you, when you choose LOVE over fear, you WIN. Stranger Things is also weaving in this same concept.

Humanity doesn’t truly realize its greatest collective potential yet, but you’re getting there! In fact, your rising vibration even began intertwining the converging 3D and 5D timelines into one! And THAT is what has those 4D “powers that were” beings in a snit. They want the majority of humanity living on the Inverted Matrix 3D timeline that THEY control. This is why they are running all kinds of fear programming parallel to their LHC “Run 3,” including staging this run when malefic astral energies will be unusually elevated at the time of the experiment (just to freak out the Astrologists) and immediately after overturning Roe V Wade to purposely downshift the vibe of the collective to make a large majority of Americans in the USA feel angry, sad, fearful and disempowered.

if you haven’t figured it out or need a simple reminder, the true name of their game is fear mongering. It’s really all they have going for them at this point because they are stuck in 4D vibration and consciousness, and they cannot evolve any higher than that. While they may be “clever” with their reverse speech, bio warfare and black magic sorcery, trust us when we say that they are the truly disempowered. Humans, by nature, are multidimensional beings, with limitless potential. You also have us, your protective Galactic Alliance, diligently policing ALL of their actions and crimes against humanity and Gaia.

So, please, have no fear and generate no fear. RISE above ALL of their antics, because you are more powerful than you know, both individually and collectively. Keep vibrating unconditional love and continue merging your 3D timeline into your 5D timeline (because that is exactly what Run 3 is actually trying to “split”).

Remember that love wins. Every time. Again, and again and again. Infinity.

Also, you don’t really need us, but we still got your backs.

Love, light, and brightest blessings to you all.

freerspirit.com Jen is a spiritualist and professional writer. She channels her Pleiadian higher-self Scarborough, who is most know to humanity as Master Sarah, the master of Collective Unity. © Jen Freer 2019| FreerSpirit.com | Pleiadian Message Series | All rights reserved by the author, Jen Freer, who gives permission for this blog to be shared far and wide as long as a citation is included that links back to the author’s website, FreerSpirit.com

Why Are We Here

Experiencing the Vibrations We Love