The Coronavirus - A Pleiadian Perspective
A+ A A-

The Coronavirus - A Pleiadian Perspective 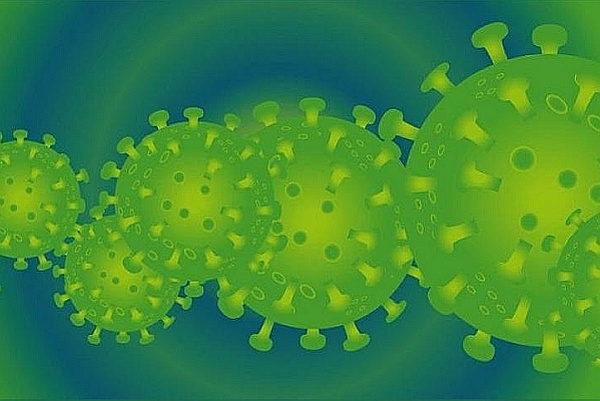 We want to talk about one other thing, and that is the Coronavirus and some of the consequences of what’s happening on your world right now and some of the effects of the media narrative on it, the actuality of it, and all of that.

First, we don’t know as a collective what you’re gonna do with this. We don’t fully know that yet because as creator beings operating in the moment you are changing your collective stories now much more rapidly than you ever have been able to do in the past.

So, if we were having this conversation with you a few decades ago it would have been pretty easy for us to look at the slow, kind of plodding, collective creation happening and tell you what we saw happening as a result. We can’t really do that right now because you’re all actualizing individually so quickly as multidimensional creator beings aware of the many timelines and opportunities present to you, and so many of you are doing your own inner work so beautifully that you’re changing those eventualities and timelines so rapidly which is changing the collective experience of this, that we have no idea yet how you’re going to play this out in the bigger picture. But we do want to talk about some things that are already happening as a result of the coronavirus, and not just the manifestation of the virus itself but the world’s response and reaction to it.

So, the first thing that’s happening with this is it’s both leveling the playing field and unifying you all. This is something that is going worldwide which is reminding you all that you are One. Feel into the beauty of that.

It’s incredibly important right now when it comes to the global power game on Earth between countries that the citizens of China and the citizens of the U.S. collaborate energetically and experience yourselves as One, as universal beings of love and light, first and foremost.

So that’s one of the reasons why this virus began in China and why it’s spreading into the western world and other countries in the way that it is. Because there is this need, not just for the U.S. and China to recognize the oneness, but, for all of the “western world” and China to come together in this way energetically. So it’s unifying for you all.

So, the highest use of what’s happening on your world is that it’s a unifier.

And that’s becoming more and more obvious to you all as you look at it. It’s helping you see — “Oh, who around me is running a deficit and who around me is experiencing abundance?” “Huh, look! The person around me who has all that money and the houses and cars seems to be in a deficit and the person around me who doesn’t seem to be living in that economically extravagant way seems to be living in abundance!” — (and this is) based on their response to this. Now, yes, there will be, of course, many whose actual physical experience matches up with what you would think around abundance or deficit, but there are those who really don’t, and it’s important that you take a look at that as well because it’s going to help you really bust out of the lie that you continue to tell yourselves that if you have more money on this world you are better off. Take a deep breath…

Having more money does not cancel out your fear. And oftentimes, for those who have not done their inner work, having more money only exacerbates any fears related to prosperity, abundance, that entire subject matter. So just let yourselves have that awareness right now. Think of the people that you know who have more than enough and how fearfully they often operate when it comes to money and their lives when it comes to the choices they make in their lives. Let the coronavirus facilitate the integration of that truth in you that money is not the solution. It’s never going to be. There’s this wonderful opportunity for you all right now to bust out of some really entrenched implants and paradigms in your thinking and in your energetic structures. (This was followed by an experiential process for un-transmuted fears around prosperity, abundance and especially money.)

And this is one of the other things the coronavirus is doing for you all right now. It is absolutely facilitating the transmutation for you all of the underlying traumas from lifetimes where you did experience the Plague or the Spanish Flu or Polio, or something like that, cancer, HIV, etc. There are so many things that have occurred on your world that you’ve experienced as a pandemic and more often than not you’re holding trauma. Not necessarily from a lifetime where you were actually affected by the disease and died, because those are a lot easier to clean up right away — when you’re sick and die pretty quickly that trauma easily clears — it’s those lifetimes when you witnessed others being affected by the disease, when you lost people and (you) survived. Perhaps when you carried the disease yourself, had a manifestation of it in your own body, survived, and yet many around you died. Those are the traumas that really get activated. Those are the unhealed pieces because then you live with that trauma and it becomes denser and denser into your cellular body if you’re not afforded the opportunity to heal in those lifetimes, and more often than not you were not.

So, what’s happening right now is giving you the opportunity to clear those underlying traumas as well. (This was followed by another process to facilitate us moving forward in the face of whatever we hear about this and however it is going to play out.)

This could go in many directions, including the direction where it just kind of fizzles. There is absolutely that timeline where it gets a little “worse” before it rapidly gets “better.” That’s absolutely a probability here on one of the timelines.

Get the recording of the entire transmission here

Nora Herold and the Pleiadian Collective — Excerpt from the March 7, 2020 Transmission

Nora Herold: In 1996 Nora established conscious contact with The Pleiadians and her spirit guides which triggered an awakening of her abilities and gave her access to her own records. She now channels a multitude of high vibrational beings, including The Pleiadian Collective, Ursula, Alderon, Yeshua, Calliandra, and The Lyrans/Lemurians.
Source Here

The Creator ~ All Will Be Well

Let us not fall into hate... and a video from God

Be Free of Past Patterns - Inspiration for the Week

You (Yes, You) Can Change the World ∞The 9D Arcturian Council