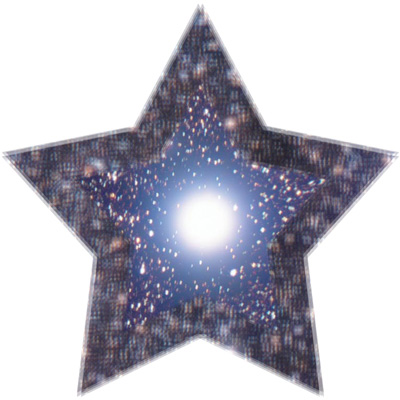 Hadar, The Utopia of Love

Hadar (also called Beta Centauri) was once the utopia of unconditional love, where everyone gave love freely without any expectation of payoff. It worked because everyone was doing so. Love was as natural part of Hadarian life as saying hello or breathing air is for us.

What I heard is that Hadarians wanted Earth to grow more in this wonderful energy of love. As I wrote in the article about Alpha Centauri, the Earth experiment hasn’t been working as it was expected, and Hadarians wanted to help in their own way. They started to shine the beacon of love to Earth.

Unlike Alpha Centaurians, Hadarians don’t seem to remember the star travel, perhaps due to the passive and traumatic nature of the travel. Yet, the story of invasion and enslavement seem to sound oddly familiar to them. Many Hadarians replay the scenario in their personal lives by getting into abusive relationships. And this world on Earth feels so savage to Hadarians.

Love, of course. I think Hadarians dream of the second utopia of love on this Earth. And although the development of such utopia may not be straightforward, I like the idea — we are creating the New World and love is the basic principle.

During the phone session of my Akashic Record Reading, Hadarians seldom talk about their work. Achieving success as an individual is probably not a significant part of Hadarian life. What Hadarians want is to have loving connections. Because we spend so much time at work, if they can do this through work, that will be great. If not, they seek the loving connections elsewhere, through community service, hobbies, and friends and family.

Again, the biggest gift Hadarians bring to this world is the energy of love. Can’t have too much love, right? Love connects us beyond the illusion of separation. Love is creative energy.

Now some of you may think love is simple and, if that is the main gift Hadarians bring, Hadarians are not much to talk about. Hadarians’ uncalculating, warm disposition may even promote such low esteem. But don’t underestimate the potential of Hadarians.

Hadarians are intelligent in their own way. They are often empaths to the psychic level — they can sense the energy of people, things, and places very well.

Hadarians can even bend time to their advantage. When a Hadarian really needs to get things done in tight timeframe, they will — because they can stretch time. It’s not something they do intellectually — they just do it. I heard this is something we all can do, or learn to do, but Hadarians are natural experts.

When someone doesn’t love back, most people step back and leave. Not so with Hadarians. Hadarians seem to think, “Oh, look, he / she must be the very person who needs MORE love!” And they stay in unfulfilling relationships for a long time. They may even put up with abuse. It takes a long time for many Hadarians to finally figure out that they need to love themselves first.

But, wait, even with positive souls, Hadarians may have unique issues in their social life. First, Hadarians are a bit shy or even aloof when it comes to making new friends. Again, this world is savage for Hadarians, the soul level memory of being taken advantage of is so painful, that Hadarians find it hard to simply open up. It is the contradiction the loving Hadarians carry.

Then, once Hadarians open up, they do. Friends probably feel like extended family for Hadarians. In other words, personal boundary must be a foreign idea for Hadarians.

I once received a phone call at 6 am from a client who is Hadarian. It wasn’t anything urgent — she just wanted to share something that came to her after reading my report. Aaaaaagh! I care deeply for my clients, but at 6 am, I’m in my own dream land. . .

Hadarians’ Challenges in Career and Finance

I guess it is about finding the work that appeals to them — that is, the work that puts them in loving relationship with others. Hadarians are not necessarily big on entrepreneurship. However, because most corporate environments are becoming increasingly dry and inhuman, many Hadarians are frustrated and looking for alternative ways to make their living.

I don’t have much to say about Hadarians’ finance. Not that Hadarians are no good at making money — the Law of Attraction works on the energy of feelings and imaginations, and Hadarians are excellent at these. The thing is Hadarians don’t seem to aspire to make much money . . .

And that leads to Hadarians true challenge: to get comfortable using their power. At this time, many Hadarians are disempowered. The victim mentality and slave mentality I wrote in the article about Power apply to many of them.

To create the New World, however, we need to get up and use power, not just embracing one another with love. Of course, I don’t mean power such as violence. I’m talking about the power of free will.

When Hadarians start doing this, they will be a critical part of the New World, which is based on the integration of male and female principles. In other words, when Hadarians’ flowing love becomes their power as well, they will be the leaders of their own right.

Just because Hadarians were brought to Earth forcefully doesn’t need to mean they cannot be happy here. I look forward the advancement of many Hadarians.