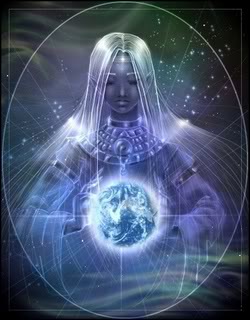 Nihal is in the constellation of Lepus and is sometimes called Beta Leporis. Not much is known about how Nihals lived in their home planet because Nihals are new on the Earth plane. Adult Nihals are quite rare. More and more Nihals are incarnating in the last twenty years or so, and they are often called indigo children.

The term “indigo children” was coined in the 1970’s by Nancy Ann Tappe. The definition, however, is ambiguous. For Nacy Tappe, who has a brain condition called synesthesia, the indigos have indigo (dark blue) life color. Life color is not the same as aura according to her explanation in the book The Indigo Children Ten Years Later: What’s Happening with the Indigo Teenagers! . Synesthesia is a condition that causes the brain to mix up perceptions. So those with synesthesia see or hear a smell or smell a touch. Some people think this is a brain disorder and some think it is a new highly developed way a brain can work.

My understanding is that indigos are highly psychic souls that are incarnating at this time to assist the humanity to evolve further. The indigo color is symbolic because it is a color of the sixth chakra, or the third eye. The third eye helps us see the truth our physical eyes cannot see. And because of this, those with open third eye tend to be direct in expressing the truth they see. They are innovators and frontier warriors who pave the way for those who come afterwards. Worldly conformity and compromise have no value to third eye vision.

Again, I see these indigos are coming from Nihals. I am not sure if all indigos are Nihals and all Nihals are indigos, but I see strong correlation.

Nihals value individuality and have strong self-esteem. At the same time, Nihals are deeply committed to the betterment of this world. These traits are quite obvious even when they are physically young. Parents and caregivers of Nihals need to treat them with respect as small adults. Don’t attempt to control them by fear, guilt, and shame based tactics — Nihals can see through these tactics.

In The Indigo Children Ten Years Later, there is a story contributed by Jennifer M. Townsley, Ed.D. about the first graders she met in an art class. She asked them, “What are you here to do?”, they responded with answers such as:

Notice how mature their understanding of life is. She describes how happy and excited these children were producing these answers, smiling and laughing.

Then she continues to describe what happened when their teacher, thinking they lost focus, asked them, “Class, what are you here to do at school?” The same children lost their enthusiasm and she could feel their disappointment. The teacher proceeded to help the children make answers such as:

Indigos (Nihals) don’t respond well to this kind of constricting approach. While the exact ideal Nihals are here for remains to be a mystery, I think the answers these children provided show the vision of their ideal world.

Nihals are highly psychic. They can see the fears adults try to hide. This often put them in difficult situation. Many Nihals grow up quite disappointed about the existing world. Still, this is a blessed gift Nihals have for themselves and for this world.

I also want to mention the special health challenges Nihals have. When Nihals decided to come to Earth, they first sent some forerunners to incarnate before their mass incarnation. These early Nihals, now well into adulthood, find it extremely hard to live in a physical body. They often have confusing chronic health issues. This kind of health issue is probably better treated energetically than with medication.

Nihals incarnating in more recent years don’t seem to have this problem. However, many indigos are diagnosed for ADHD. As a non-healthcare professional, I’m a little confused about the ADHD diagnosis and treatment — I hope they are not treating Nihals just because they are different.

As explained earlier, Nihals are deeply caring but their ignorance or naivete of social rules make their social life challenging. This is not necessarily a bad thing, however. Nihals present a new way to relate to others, free of social stigma and based solely on individual’s uniqueness.

Because adult Nihals are rare, I simply don’t have much to say about their romantic relationship.

Nihals’ Challenges in Career and Finance

Nihals often have problem with authority. They can see the lies of authority and refuse to bow to authority just because it is the way of this society. As a result, working in the corporate world for the boss is very difficult for Nihals. Their unconventional way of thinking and living also make it difficult for them to fit in. I think Nihals are best to start a business of their own.

Nihals are here to destroy what is not working so that we can build something new. This is not limited to their work life, but because our work is such a large part of our life, it would be best both for Nihals and for us in general if Nihals take the courage to be on their own, challenging the old system.

As more and more Nihals incarnate, they are changing the way we live and relate to one another. The old social system that separate us by criteria such as age, gender, and social status must go. This destruction phase come with pain, but it is a necessary process in creating the New World.

I am excited to watch how the young Nihals grow up to change this world.