The Mysterious Over Self

The Mysterious Over Self 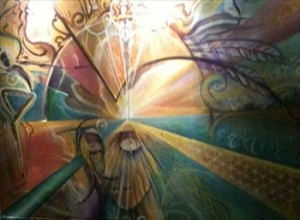 Why did one particular Pharaoh lose his throne?  Which are the two kingdoms of the God Osiris? What formed the founding belief of the Knights Templars and the Cathars and how were John the Baptist and Mary Magdalene involved in the same belief?

One Pharaoh from ancient times had to be villified above all others because he sought to completely change the religious beliefs of his people.

However this one ~ apparently heretical ~ Pharaoh from eighteenth dynasty Egypt, had merely been expanding upon the ancient belief in the God Osiris and the Goddess Isis.

Originally bearing the name of Amenhotep IV, the Pharaoh who became Akhenaten combined the male and female deities to become one thread and stream of universal divinity.

Guided by his mother, Queen Tiye, he sought to turn the people away from their belief in the many Gods and Goddesses ~ with a need for the intercession of priests to help answer their prayers ~ turning their attention instead towards their own layer of divinity which shone around the body as a double halo of radiant light energy.

This Pharaoh found himself one early morning, at dawn, deep in the desert and watching the sun rise between the blue Theban hills only to become aware of the double disc or halo of light around the sun and he named this disc of light ~ the `Aten`.

Now he immediately changed his name to Akhenaten and proceeded to create a city in the desert which he named Akhetaten ~ the sun above the horizon ~ and to move all his people down from Memphis/Thebes.

Next he had to convince his people that they, too, had direct connection with their own God and Goddess energy since this ultimate proof of divinity surrounding every part of creation, also surrounded each and every one of them as their own golden halo.

How could he convince them of this truth?  Akhenaten tried to show this evidence of divine light power being shared with everybody by erecting stelae with images of himself, his wife Nefertiti, and their daughters as they received the gift of light and life at the end of the sun`s rays given from above.

However, the people took this the wrong way, believing instead that his message involved the Aten divine light shining solely on members of the royal family, and not themselves as their own double overself of light.

They felt he proclaimed himself as a God whereas in statues of himself he portrayed his image as having both masculine and feminine features representing the One divine flow of energy incorporating both spirit and force.

Yet this one Pharaoh was not helped by his wife, Nefertiti, who preferred to be feted and adored as had been the case under the religion of the Amun Ra many Gods, Goddesses and priests. She moved back to Thebes and stirred up a revolt which was to end Akhenaten`s reign and force him to flee and, ultimately, to become the Mose to the people at the time of the Exodus.

The belief system had held, since 2300 BCE, that Osiris the God was also torn to pieces ~ this time by his own brother Seth. The body of Osiris was scattered to the corners of the World and only retrieved and renewed, in fact resurrected with the assistance of his wife, Isis, who represented the divine Mother spirit energy.

From that time onwards Osiris the King had become the double God, ruling over the Duat or the netherworld ~ the world beyond or beneath our world ~ to realign the spirit overself, the Ka, with the soul after death of the physical body.

Osiris was chosen by the ancient Pharaohs to provide them with their after death pathway to the stars as the route to the ultimate cosmic spirit world at the time of their own resurrection before they were to choose their next incarnation.

All the body parts of the King Osiris were distributed widely across the world but his head and skull became the most revered since from the time of his murder by Seth, the light of his overself, through the spirit presence of the Mother Isis, continued to shine around his skull, a gift also given to the great baptizer himself, John the Baptist.

This belief and proof of the ultimate resurrection had the phoenix rising to be born again through the double Duat kingdom of Osiris. Ultimately, following the twelfth century discovery by the Knights Templar of the skull of John the Baptist beneath the Temple of Solomon, in Jerusalem, this formed the greater part of their founding belief.

The Knights Templar failed to revere Jesus for his resurrection because the scrolls they also discovered convinced them that every soul spirit alive could also attain immortality and the echo of this true resurrection. They were shown that belief in the Holy Spirit Mother brought the realisation of Her creation of an outlining halo of gold and white as each person`s immortal spirit presence of light.

The Templars revered their Baphomet skull of the Baptist in echo of Mary Magdalene`s equal reverence of the Holy Mother`s spirit light realm. Mary was baptised with the white spirit light by the Baptist and from then onwards continued to baptise others in the pools around Bethany following the death of Jesus.

Mary Magdalene is depicted in the altar bas relief in the small church at Rennes le Chateau, in France, again with a skull at her side, and the double light halo around her head.

There was one other group of people around the time of the eleventh and twelfth centuries who became known as the Catharii. These Cathars had both men and women as their priests, believed in the devil God of the material world, Rex Mundi, but also the Mother God of Spirit white light.  Therefore, believing that their Mother Spirit surrounded each one of them with their own immortal spirit twin body ~ surrounding them as a halo of white ~ they had no qualms nor fears when, in 1243, those still remaining at Montsegur were forced to die in the flames for their belief.

Better to walk into the spirit world of light than remain in human life, having to believe in a false religion where each person is entitled to only one human life and incarnation.

The belief in a garment or raiement of outer white and gold light as each person`s realm of divine connection not only evolved from Akhenaten but also from the time of Moses.

At this time the Ark of the Covenant ~ containing the fire of God ~ was carried across the desert with the Exodus.  However the Ark was surrounded by a mist during the day and a cloud at night which was the description of the Holy presence of spirit light, revered as the Shekinah Spirit Mother for the people of Israel.

The Ark was duly laid at the core of the Temple of Solomon, within the Holy of Holies and here the Shekinah Mother remained protecting the fire of God.

Ultimately however, in 586 BCE, Nebuchadnezzar came from Babylon to destroy Jerusalem and the precious temple and capture the Israelites as he led them away from their homeland.   From that time onwards the people never managed to restore their Holy Spirit Mother, Shekinah, into their midst and from that time forwards have had no safe dwelling place to call their true home.

These and other ancient mysteries are revealed through the books of Gaye Wilson-Smart both on Amazon and through her website: www.twinlightbooks.co.uk

We have 1118 guests and no members online