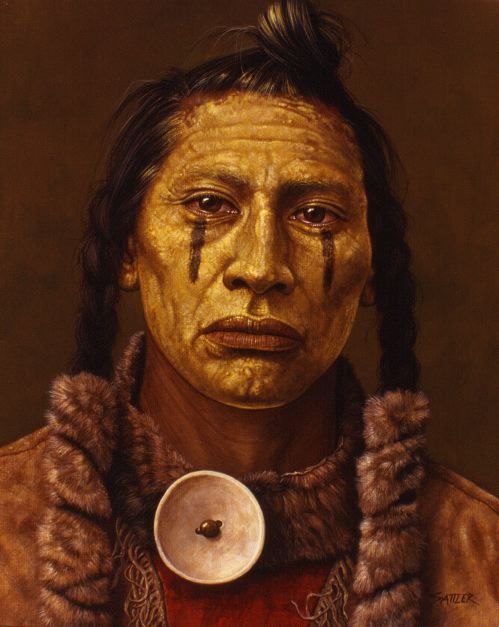 Luther Standing Bear was an Oglala Lakota Sioux Chief who, among a few rare others such as Charles Eastman, Black Elk and Gertrude Bonnin occupied the rift between the way of life of the Indigenous people of the Great Plains before, and during, the arrival and subsequent spread of the European pioneers. Raised in the traditions of his people until the age of eleven, he was then educated at the Carlisle Indian Industrial Boarding School of Pennsylvania, where he learned the english language and way of life. (Though a National Historical Landmark, Carlisle remains a place of controversy in Native circles.)

Like his above mentioned contemporaries, however, his native roots were deep, leaving him in the unique position of being a conduit between cultures. Though his movement through the white man’s world was not without “success” — he had numerous movie roles in Hollywood — his enduring legacy was the protection of the way of life of his people. By the time of his death he had published 4 books and had become a leader at the forefront of the progressive movement aimed at preserving Native American heritage and sovereignty, coming to be known as a strong voice in the education of the white man as to the Native American way of life. Here, then, are 10 quotes from the great Sioux Indian Chief known as Standing Bear that will be sure to disturb much of what you think you know about “modern” culture.

Thank you!
ॐ Namasté - Blessings!
"Life is an echo, what you send out comes back."
© 2008-2022 crystalwind.ca. All rights reserved.
Spirit Animal Totem Of The Day
What Spirit Guide Animal is with you?
The Dakota Tale of the First Flute