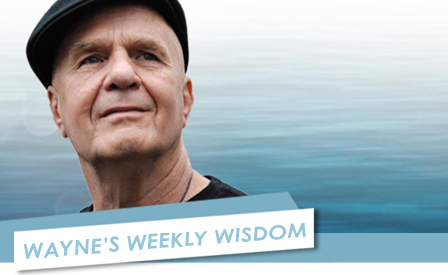 A person who lives in a state of unity with the Source of all life doesn’t look any different from ordinary folks. These people don’t wear a halo or dress in special garments that announce their godlike qualities. But when you notice that they go through life as the lucky ones who seem to get all the breaks, and when you begin to talk to them, you realize how distinctive they are compared to people living at ordinary levels of awareness. Spend a few moments in conversation with these people who are connected to the power of intention and you see how unique they are.

These people, whom I call connectors to signify their harmonious connection with the field of intention, are individuals who have made themselves available for success. It’s impossible to get them to be pessimistic about achieving what they desire in their lives. Rather than using language that indicates that their desires may not materialize, they speak from an inner conviction that communicates their profound and simple knowing that the universal Source supplies everything.

They don’t say, With my luck things won’t work out. Instead, you’re much more likely to hear something like, I intend to create this and I know it will work out. No matter how you might attempt to dissuade them by pointing out all the reasons why their optimism ought to be curtailed, they seem blissfully blind to reality-check repercussions. It’s almost as if they’re in a different world, a world in which they can’t hear the reasons why things won’t work out.

If you engage them in conversation about this idea, they simply say something like, I refuse to think about what can’t happen, because I’ll attract exactly what I think about, so I only think about what I know will happen. It doesn’t matter to them what’s happened before. They don’t relate to the concepts of failure or it’s impossible. They simply, without fanfare, are unaffected by reasons for being pessimistic. They’ve made themselves available for success, and they know and trust in an invisible force that’s all-providing. They’re so well connected to the all-providing Source that it’s as if they have a natural aura preventing anything from getting through that might weaken their connection to the creative energy of the power of intention.

Connectors appreciate the world and everything in it. The same connection that they experience with nature they feel toward all beings, including those who lived before and those who have yet to arrive. They have a consciousness of the oneness, and therefore they make no distinctions such as them or those other people. To a connector, it is all we. If you could observe their inner world, you’d discover that they’re hurt by pain inflicted on others. They don’t have the concept of enemies, since they know that all of us emanate from the same divine Source. They enjoy the differences in the appearance and customs of others rather than disliking, criticizing, or feeling threatened by them. Their connection to others is of a spiritual nature, but they don’t separate themselves spiritually from anyone regardless of where they might live or how different their appearances or customs may be from their own. In their heart, connectors feel an affinity to all of life, as well as to the Source of all of life.

You can read this and more inspiring words from Wayne in his best-selling book, The Power of Intention.