It’s Not a Problem, It’s an Experience 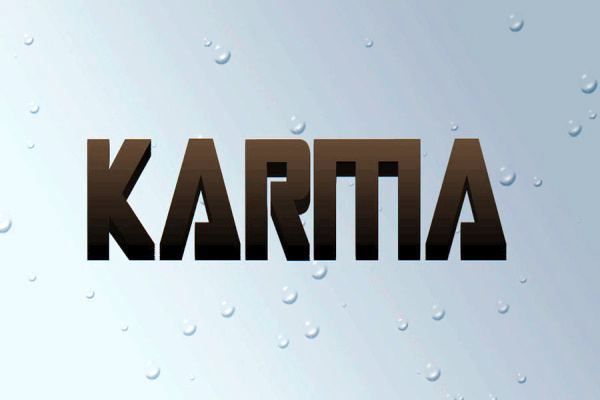 CONSIDER with me that the individual existence is a rope which stretches from the infinite to the infinite and has no end and no commencement, neither is it capable of being broken. This rope is formed of innumerable fine threads, which, lying closely together, form its thickness. These threads are colorless, are perfect in their qualities of straightness, strength, and levelness. This rope, passing as it does through all places, suffers strange accidents.

Very often a thread is caught and becomes attached, or perhaps is only violently pulled away from its even way. Then for a great time it is disordered, and it disorders the whole. Sometimes one is stained with dirt or with color, and not only does the stain run on further than the spot of contact, but it discolors other of the threads. And remember that the threads are living — are like electric wires, more, are like quivering nerves. How far, then, must the stain, the drag awry, be communicated! But eventually the long strands, the living threads which in their unbroken continuity form the individual, pass out of the shadow into the shine. Then the threads are no longer colorless, but golden; once more they lie together, level. Once more harmony is established between them; and from that harmony within the greater harmony is perceived.

This illustration presents but a small portion — a single side of the truth: it is less than a fragment. Yet, dwell on it; by its aid you may be led to perceive more. What it is necessary first to understand is, not that the future is arbitrarily formed by any separate acts of the present, but that the whole of the future is in unbroken continuity with the present as the present is with the past. On one plane, from one point of view, the illustration of the rope is correct.

It is said that a little attention to occultism produces great Karmic results. That is because it is impossible to give any attention to occultism without making a definite choice between what are familiarly called good and evil. The first step in occultism brings the student to the tree of knowledge. He must pluck and eat; he must choose. No longer is he capable of the indecision of ignorance. He goes on, either on the good or on the evil path. And to step definitely and knowingly even but one step on either path produces great Karmic results. The mass of men walk waveringly, uncertain as to the goal they aim at; their standard of life is indefinite; consequently their Karma operates in a confused manner. But when once the threshold of knowledge is reached, the confusion begins to lessen, and consequently the Karmic results increase enormously, because all are acting in the same direction on all the different planes: for the occultist cannot be half-hearted, nor can he return when he has passed the threshold. These things are as impossible as that the man should become the child again. The individuality has approached the state of responsibility by reason of growth; it cannot recede from it.

He who would escape from the bondage of Karma must raise his individuality out of the shadow into the shine; must so elevate his existence that these threads do not come in contact with soiling substances, do not become so attached as to be pulled awry. He simply lifts himself out of the region in which Karma operates. He does not leave the existence which he is experiencing because of that. The ground may be rough and dirty, or full of rich flowers whose pollen stains, and of sweet substances that cling and become attachments — but overhead there is always the free sky. He who desires to be Karmaless must look to the air for a home; and after that to the ether. He who desires to form good Karma will meet with many confusions, and in the effort to sow rich seed for his own harvesting may plant a thousand weeds, and among them the giant. Desire to sow no seed for your own harvesting; desire only to sow that seed the fruit of which shall feed the world. You are a part of the world; in giving it food you feed yourself. Yet in even this thought there lurks a great danger which starts forward and faces the disciple, who has for long thought himself working for good, while in his inmost soul he has perceived only evil; that is, he has thought himself to be intending great benefit to the world while all the time he has unconsciously embraced the thought of Karma, and the great benefit he works for is for himself. A man may refuse to allow himself to think of reward. But in that very refusal is seen the fact that reward is desired. And it is useless for the disciple to strive to learn by means of checking himself. The soul must be unfettered, the desires free. But until they are fixed only on that state wherein there is neither reward nor punishment, good nor evil, it is in vain that he endeavors. He may seem to make great progress, but some day he will come face to face with his own soul, and will recognize that when he came to the tree of knowledge he chose the bitter fruit and not the sweet; and then the veil will fall utterly, and he will give up his freedom and become a slave of desire. Therefore be warned, you who are but turning toward the life of occultism. Learn now that there is no cure for desire, no cure for the love of reward, no cure for the misery of longing, save in the fixing of the sight and hearing upon that which is invisible and soundless. Begin even now to practice it, and so a thousand serpents will be kept from your path. Live in the eternal.

The operations of the actual laws of Karma are not to be studied until the disciple has reached the point at which they no longer affect himself. The initiate has a right to demand the secrets of nature and to know the rules which govern human life. He obtains this right by having escaped from the limits of nature and by having freed himself from the rules which govern human life. He has become a recognized portion of the divine element, and is no longer affected by that which is temporary. He then obtains a knowledge of the laws which govern temporary conditions. Therefore you who desire to understand the laws of Karma, attempt first to free yourself from these laws; and this can only be done by fixing your attention on that which is unaffected by those laws. 10 Reasons To Go Off-Roading This Summer

How To Safely Use Essential Oils For Bathing? [ Definitive Guide ]

Why Younger Generations Are Stepping Away From More Traditional Weddings