The Gift Of A Compassionate “No”
A+ A A-

The Gift Of A Compassionate “No” 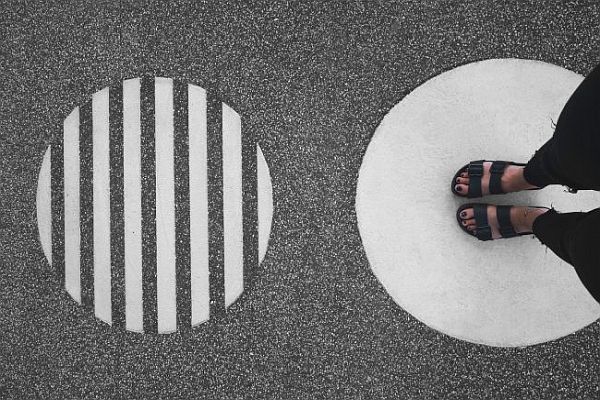 Last night when I was talking with a friend, she mentioned the need for us to be careful about our boundaries and not to say “yes” to every request for help that comes our way. I’m writing a book on the practice of self-compassion at the moment, and my first thought was, “Wow! I’ve completely forgotten to include anything in the book about boundaries. I’ll have to add something as soon as possible.” Writing this article is my first step in that direction.

My own bias may be one reason I hadn’t thought to include something about compassionately saying “no” to requests for help. This tends to be a gendered issue, since there are more pressures on women than on men to be helpers and pleasers. I hear from a lot of women who take on doing far too much because have difficulty saying no. They want to be “agreeable,” which is an interesting word since it implies that being likable is the same thing as agreeing with someone. Women have also often been taught that it’s “selfish” to take their own needs into account, although I have to say that this has affected me as well.

In fact, setting boundaries is something I’m still working with. I sometimes take on too many responsibilities, and often that’s to do with bad planning. But bad planning is just another term for “neglecting my needs.” Sometimes when requests come in, I’m excited and don’t want to miss out. And then I don’t sufficiently think through how much I’m likely to have going on, and so I end up overbooked. Other times, though, it’s just that one task takes me longer than I’d anticipated, and so I’m still up to my eyeballs in that work when it’s time for me to start other work I have planned. And unexpected things do happen…

However, I do consciously work at not over-scheduling myself, and quite often do say no to requests. And so I’d like to say a bit about that in case it’s helpful.

Be Mindful of Your Habits

If we don’t protect the boundaries or our time and energy, we’re not practicing self-compassion. The first thing is to become mindful of the habits that surround responding to requests. Do you have a desire to please? Are you worried about what people will think of you if you say no? Are you worried about hurting their feelings? Or are you like me and you’re excited to be doing something new and afraid of missing out on an opportunity? Mindfulness gives us an opportunity to pause before we act, so that we can consider whether it’s wise for us to act on our desires and fears.

Why Are We Concerned About Approval?

Those fears can be strong. If we’re conditioned to think that what another person thinks of us is more important than our own wellbeing, then it can be hard to say no to them. So we need to really ask ourselves, Why is it so damned important that other people approve of us?

Often we want others to offer us approval because we don’t offer it to ourselves. Many years ago, I realized that I was doing too much because I was seeking approval from others. And so I adopted a slogan: “I am my own source of validation.” This was a reminder to me to remember to appreciate myself—not just for the things I was doing but for who I was. Even just a short period spent appreciating my skillful qualities, appreciating the efforts I’d put into doing something, or celebrating what I’d achieved (“Yay! I wrote 2,000 words today!”), changed how I felt about myself. I felt much more secure and more confident in my own worth. I was also much less inclined to be disappointed if I didn’t get appreciation for others when I expected it, and was more careful about making promises I couldn’t keep.

This was important both for myself and for other people. Not only did I become stressed when I took on too much, but I tended to do a bad job with or neglect some of the tasks on my to-do list. I’d start off trying to please people and end up disappointing them.

Be Concerned About the Right Things

And if I am going to be concerned about what other people think about me, maybe I could upgrade those concerns. I think it’s more valid to hope that they value me for my integrity rather than my compliance. Many people will find it inspiring if you offer them an example of how to practice self-compassion. Courage is inspiring, and self-compassion shows courage. Maintaining healthy boundaries by saying “no” can be a courageous act in which we demonstrate both that we care and that we matter. To exemplify this for others is a gift. Ultimately, though, what other people think about us is up to them. Our happiness doesn’t depend on everyone liking us.

How To Say No

Of course we should be kind when we say no. We should be aware that others have feelings and not act in a way that we know will be hurtful. But if a person feels disappointed, it’s up to them to deal with their feelings, not us. I stress that I’m talking about a mindful and compassionate no. I’m not talking about saying no in a harsh or condescending way.

You might want to experiment with not apologizing. You’re under no obligation to do something to help another person. It’s a favor. Now it’s lovely to do favors when we can, but it’s not always possible or advisable. And when that’s the case, you’re not doing anything wrong by saying you’re not able to help. You have nothing to apologize for.

When decline someone’s invitation, we can thank them for the opportunity they’ve offered us. We can express appreciation for their confidence in us. Or, we can tell them we’re honored, and that we’d love them to ask us again when circumstances are different. Or we can say we feel torn, or that we wish we were able to help. But we don’t have to apologize. There’s nothing inherently wrong with saying no. Delivered in the right spirit, a “no” can sound like appreciation and feel like gratitude.