Archangel Metatron: The Matrix of Ascension 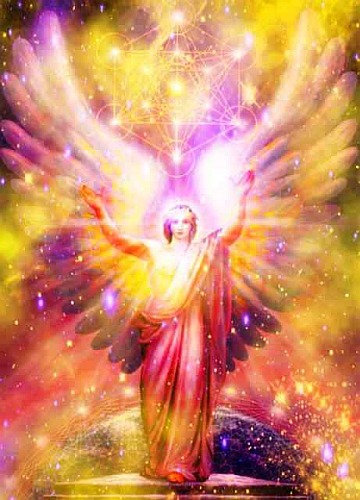 Greetings Masters! We encircle each and every one of you with a nurturing energy and with the field of self empowerment, for each of you are truly Masters on your path of Ascension. It is our purpose to offer you inspiration and clarity, but indeed it is once and always requisite that YOU, as a sacred and sovereign BEING, practice discernment with this and any such 'channeled' message.

We will begin this message regarding 2013, a truly auspicious year, by again emphasizing that addressing the fears some of you may yet have. We will first tell you the Ascension of the Planet did indeed occur. You have made it so. But we want to clarify it is the graduation of the Planet Earth, an expansion into 12 Dimensions that has taken place....not the Ascension of Humanity.  The New Earth now carriers a new benevolent & expanded matrix through the Crystalline Grid that will enable humanity to be more aware of their true nature within multi-dimensionality.

Your Edgar Cayce has told you that humanity will evolve in this 'new time' and indeed it is so. Humanity will evolve and shift. The New Earth in the Aquarian Shift provides the tools for this transition. Your role is to make it happen ... to create it.

The Ascension of Humanity

The vast majority of humanity did not see any immediate change on the Earth. They woke on December 22, 2012, and said "What was the big deal?"

Even those of you on the path, see that no immediate visible change has occurred. We gently ask all of you to look at the world around you for just a moment. What do you see ? Your media outlooks are still reporting war, famine, disasters and predicting economic collapse. And what is broadcast is what is seen in 3d. It is oft full of gloom and doom, is it not?

Masters, Ascension occurs one heart at a time. It will take a few more years for humanity to graduate. But it begins in 2013. In 2038 another major shift will occur, and this will quicken humanities evolution. We have spoken of this in prior channelings.

As we have told you before, the Ascension of Humanity en masse occurs in some 300 years! And indeed this is on track to  happen. But  it is absolutely the Ascension of the Earth that enables the Ascension of Humanity. And the earth changed in 2012. There are now more dimensions of life available to you. You have the tools in place to co create the New Earth, and to become the masters of duality. The 3rd dimension, the dimension of polarity will not disappear. That means duality will remain the challenge. But it is why you are here. And you will learn to operate in the higher dimensions, and in so doing bring harmony into duality. You are Divine beings and your role here is chosen. Your purpose is to learn how to be responsible 'creators'.

Our message is to tell you of your Divinity, and to tell you as a matter of fact, as a point of truth, that the planet is now well progressed into  'Year ONE of the New Earth'. Indeed humanity will follow in time, and will also ascend. You are absolutely on track for that to happen.

So Dear Ones, we tell you again the Ascension of the Planet did occur, and humanity has made it so. Even if much of humanity does not recognize it in 3d consciousness, the Earth has indeed changed, graduated into a new paradigm. So it is time to let go of old energy, of doubt & fear. Do not fall into doubt !

We assure you that in 2013 a new sun has dawned... and it is indeed the sun of change. It brings the light of the magnificent New Earth. And Dear Ones, we do mean magnificent. In this new era, it is incumbent upon the seekers to project joy, to project light, for in the expansion to Crystalline Harmonics, every photon of mental light you project is amplified. And this occurs more rapidly in the New Energy. So your roles take on a new benevolence, as your creation powers increase.

What happens in 2013 and 2014 is the new beginning. That new beginning is the New Template of the New Earth. The Ascension of the Earth has allowed for the dimensional revision and expansion of the planet. The Earth is expanded to a Crystalline Field, expanded from the 5th to the 12th dimensions.

We tell you that NOW is the  time to flow, the  time to flower. It will be for many of you a time of rebirth, a time  of change. There is a new energy on the planet. You have created it. There is much yet to do. Use this time to find your roles.

Those of you who have been sitting on the fence, considering taking more committed roles of leadership, writing your book, expressing your inner artistry...2013 and 2014 is your timing.  The energy will support your highest good.

So  take your second wind, take on your new missions. It is the role of proactively meditating in theta consciousness to create the new earth. It is a time to gather !

I am Metatron, and I share with you these Truths. You are Beloved.

We have 1785 guests and no members online