Enhancing Your Personal God Essence - Archangel Michael
A+ A A- 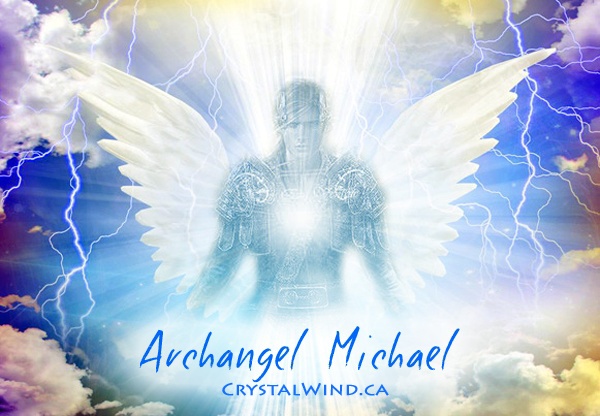 Beloved masters, the Creator’s breath is the fuel of existence, and you are the flame it feeds. It is important you understand that you are developing your individual SUNLIGHT, which is a reflection of your own God Essence.

The human intellectual thought process must evolve beyond the limitations of language. There is a vast wealth of information awaiting humanity via inspiration. You must develop your intuitive abilities in order to receive the wisdom of the Divine Blueprint for the Aquarian Age, which is now being RAY-diated from our Father/Mother God via the Twelve Galactic Rays of cosmic consciousness. It will not come from outside you. It will well up within your own Sacred Mind and Sacred Heart. You must reach up and grasp it, for it will not come down into the effluvia of the Earth planes and seek you out.

Mature spirituality is not an unconscious experience. You must develop a self-sustaining Divinity, whereby you are constantly breathing the rich Pranic Breath of Life / Adamantine Particles of Creator Essence, so that you may receive spiritual sustenance from the River of Life via the Eighth Chakra, your Soul Star. The empowering Breath of Infinity opens the pathways that lead to the multidimensional levels of Creator consciousness. You must broaden your inner perspective as you gradually change your way/mode of thinking and perceiving. The Spirit of the Creator cannot be isolated. Spirit permeates everything in existence to one degree or another. You must expand your consciousness to incorporate the vastness of Creation.

Are you ready to accept the fact that the Heart Core of our Father/Mother God is the focal point and the basis of all religions? It is not the dogma, superstition, rules and restrictions, but the love, power and perfection, which result in the ability to create and enjoy worlds of beauty, balance and harmony. When the mind and heart of God become manifested within you, you become a Facet of the Collective Messiah.It is the creative fulfillment of your destiny.

You are a Spark of the Creator – a manifested Divine Facet of consciousness – a Still Point within Creation. You either enrich the world you live in or you help to contaminate it. How bright and warm is your Sacred Fire? Does it blaze brightly and warm the hearts of others? Or is it a feeble flame, not even strong enough to warm your own heart? “Cold-hearted” is not a term associated with a true Bearer of God Light. You may journey through the shadow lands with those who helped create them, or you may walk with delight in the radiance of God Light.

All of you are familiar with the Twelve Rays of God-consciousness, which you are currently striving to integrate and claim as your own. However, there has been a very important facet of Creation that has been withheld from the masses until now. All manifestations in the Omniverse are composed of organizedEnergy from the Heart Core of the Supreme Creator. There is a Master Creator Core of Cosmic Consciousness,which contains an allotment of the Full Spectrum Essence of the Supreme Creator.

The Father and Mother God of this universe were endowed with a portion of these Creator attributes, qualities and virtues. This is the primary source of Creator Consciousness within this universe, and all is balanced – all is equal – all is harmonious. Before the God Rays of our Father/Mother God were radiated out into the great void, there were an incalculable number of powerful Supreme Creator Rays sent forth out into the cosmic void. These Creator Rays became great regions of space with different Light densitiesandtime-consciousness memory cells, which contain infinite Divine schematics of material world possibilities. There aremembranes of Light that create barriers so that there is a firm demarcation between each Sub-universe. TheseLight-line barrierscannot be penetrated or crossed without special Divine dispensation – that is until your personal Soul Song resonates to the refined Light frequencies which are harmonious with that particular level of God-consciousness.

Some of these great Creator Rays are much wider than others, and separating them are a number of thin membranes of Light which contain time cell encodingswithin pyramids of Light. There are living pyramids of Light/life within every energy field and dimensional space of Creation. Creator Light pours forth from the pyramid-shaped treasuries of Light to be used by the Elohim and the Builders of Form in making new creative designs as mandated by our Father/Mother God. Each star in the galaxy is a node of energy vibration. Also, each person functions as a living star capable of receiving and conveying harmonic frequency vibrations according to his/her level of consciousness. As you are now aware, these frequencies are called your Soul Song. You are a point of Light, a vibrant Spark of the Divine. This universe is composed of one gigantic Celestial Soul Song.

From the Essence within the Master Core of Cosmic Consciousness(mentioned above), there were a specific number of Sub-universes created within this universal whole with both feminine and masculine attributes, virtues and qualities of Divine Light in perfect equality and balance. However, when the major portion of the Sub-universes was created, the predominant forces of the creative process were allotted to either the masculine or the feminine attributes of Creator-consciousness. In half of the Sub-universal Divine Blueprints (plans), the Father/Son qualities of Divine will, power and purpose, the mental/outward-focused attributes of the Creator were emphasized, while the Mother/Daughter attributes of compassion, nurturing, intuition, inward-focused qualities were in a support position.

There are also an equal number of sub-universes with the Mother/Daughter qualities and virtues in the leadership role, while the Father/Son attributes take the secondary position. Have we not told you that this universe could be called a universe of great and unique diversity? It was created as a univers-ity of learning for you, the StarSeed of the Omniverse. Essentially, however, the indeterminable diverseness and magnitude of Creation were designed so that the Creator could experience unlimited variations ofITSELF.

This sub-universe has been primarily a Father/Son universal experience from its inception. Our Mother God and the beautiful Goddess qualities have always been present, but not in the full glory and Essence of her Beingness. It is now time for the Mother/Daughter and the Father/Son aspects of the Creator to return to equal partnership. This is the wondrous evolutionary process now in progress within this entire universe and within all its creations.

You, as seekers on the Path, must be initiated into the Pyramidal functions of Light before you can be advanced to the next level of evolution – the next consciousness time cell. Human creation is only a small part of a much greater and grander creative process. That is why we have placed such emphasis on creating your personal Pyramid of Light in the Fifth Dimension. It is also why we have given you instructions in great detail as to the various pyramids of Light available to you, and the important part they play in the ascension process.

You are called StarSeed for a reason, for as you return to Self-mastery, you will initiate the process of creating Crystalline Seed Life Memory Codes, a new evolutionary process to be used in the next forthcomingGolden Galaxy. This process is a part of the Wheel within the Wheel Creative Process,which we will reveal to you in the future. In the meantime, we ask you to study what we have revealed, and to endeavor to get the universal schematic we have created firmly within your mind so that you will understand the next phase of the wondrous cosmic events that are unfolding before your eyes.

My brave ones, we know there can be much pain, discomfort and fear as you move through these accelerated processes, which are causing the dramatic changes now taking place throughout your world. Know that together we will overcome all adversity. Our mission is to open the way for any dear Soul who expresses a desire to return to harmony. Know that each of you is making a difference. When you doubt, need inspiration or strength, come into your Pyramid of Light and we will give you courage, lift you up and inspire you. When you feel lonely or unloved, move into your Sacred Heart center, and we will be waiting there to fill you with the radiant love of our Mother/Father God.