Archangel Michael; Recapturing Your Joy!
A+ A A-

Hope of a New Day 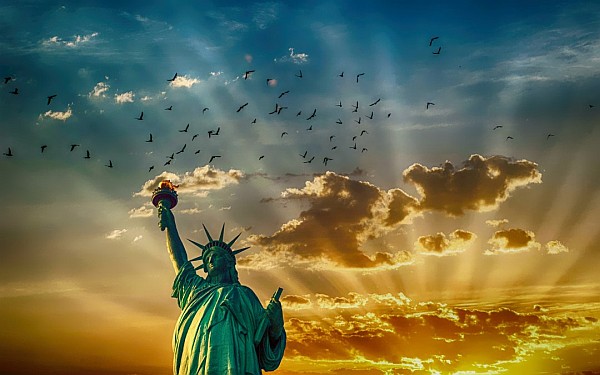 Archangel Michael is dedicated to sustaining the faith of God within the souls of men, as well as setting them free—both here and hereafter—from the effects of the human discord they have generated through their misappropriation of the God-given energy bestowed upon them during their centuries of earthly living.

To those who can accept his words in faith, which contain within them both his promise and ability to respond to every earnest call from the heart, he will become an ever-present friend, companion, defender, protector, and God-assistant upon the path of individual human evolution, which ever leads upward to its ultimate destination to be reunited within the heart of God.

This incredible Archangel spends twenty hours out of every twenty-four in the psychic and astral realms, where the discarnate souls belonging to Earth’s evolution dwell between embodiments.

In these realms, he and our beloved Saint Germain, Chohan of the Seventh Ray of the Violet Flame, have established Temples of Mercy, which are foci for the Sacred Fire of divine love and forgiveness, in which these Souls may bathe and which cleanses and purifies them quickly from all their earthly dross.

This merciful service sets many of these precious Souls free immediately, who, otherwise, would be compelled, by the law of their own being, to spend many years in those realms in the expiation of their karma, and renders them fit to enter the octaves of light immediately, with their eternal freedom assured.

It also frees those souls, who are required by the law of their own being to re-embody, from the karma accrued through past experience, as well as consuming from their beings and worlds all capacity to tune into the destructive memories and tendencies of their past lives.

This ensures for the future habitation of the Earth a company of happy and free souls who will not only understand the will of God, but will hold within their memories the gratitude and love which full forgiveness always generates, and who will have the capacity, will and desire to communicate this consciousness of love and mercy to their fellowmen.

This is the hope of the New Day.

Please extend your eternal love and gratitude to Archangel Michael and to Saint Germain for their selfless dedication to the freedom of the Souls of Mankind, and the freedom of our beloved Lady Virgo, and her Earth Body Gaia.

Your continued flow of love, gratitude, and appreciation, as well as your forgiveness for all discord created by Mankind, either knowingly or unknowingly, sets you free.

We are One – One in the Heart and Soul of our Creator. One within the web of Light. Open your heart Beloved. Therein you will find the one and only eternal Flame of Love’s Freedom and Hope.

In closing we have a message from Master Paul the Venetian, Chohan of the 3rd Ray, sourced from the book “The Seven Sacred Flames”:

“I brought the Flame of Liberty to the Incas just prior to the sinking of Atlantis. I was also instrumental in bringing that Flame of Liberty to France during my life as Paolo Veronese. Around the year 1880, from my retreat at the Chateau of Liberty in Southern France, I worked diligently with some of my disciples in France to construct the beautiful Statue of Liberty that was given to America by the people of France. Thus, the Flame of Liberty has been burning bright on American soil ever since.
It is unfortunate that so few Americans today recognize the full meaning behind this wondrous Statue, not cherishing and guarding their freedom the way they should. They are too trusting in the illusion of the “American Dream” and allow their leaders
to steal from them the freedoms that their brave fore-fathers fought so diligently to safeguard.
Liberty is not simply the name of a grand statue on the shoreline of New York City in the United States. The Goddess of Liberty, the being who ensouls that Flame of Freedom for the planet, is also the guardian of that flame. She has gained the status of “Cosmic Mother” of a high level. We, the Chohans of the Seven Rays, and all those dedicated to Freedom, work under her sponsorship.
Liberty is a “real being” that we honor deeply. She is also one of the members of the planetary Karmic Board. I have given the name of Liberty to my retreat in France in honor of that Cosmic Mother. May I suggest that you connect with Her heart.”

If you would like to share this message, you do so with our blessing. Please include the following links:
ASK ARCHANGEL MICHAEL
ASCENSION SUPPORT & MENTORING
BODY MIND SPIRIT ZONE
Deborah Faith  – Reiki Master of the USUI System of Natural Healing, NLP (SA) Practitioner, Energy Re-Sourcing™ Therapist, Channel for Archangel Michael and the Angelic Council of Truth and Light.
Source Here