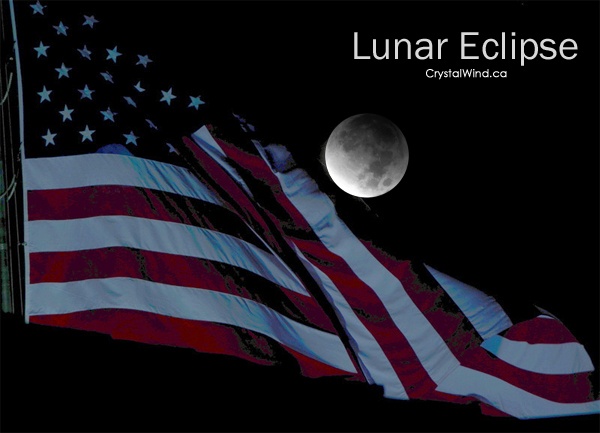 On July 4th we will be blessed with a Full Moon Lunar Eclipse that will complete the powerful Triple Eclipse Series we have been experiencing for the past month. This event coincides with the celebration of Independence Day in the United States of America. According to the Company of Heaven, the synchronicity of these two events and the unprecedented events that are happening around the World are paving the way for the fulfillment of a facet of the Divine Plan that has been unfolding in the Realms of Cause since the United States of America lost our way after the founding of this country. No matter where you abide on the face of the Earth, your assistance in bringing this facet of the Divine Plan to God Victorious fruition will benefit ALL Life evolving on this Planet. Please read the following information with an open heart and mind and respond according to your Heart’s Call. Your Light is needed NOW!

In October of 2019, a huge portal of Light that once pulsated in the Heavenly Realms above New York, Pennsylvania, New Jersey and Washington, D.C. was activated and once again opened to full breadth. It is through this portal that our Founding Fathers, in spite of their flaws, were inspired to write the sacred documents that form our Declaration of Independence, our Bill of Rights and our Constitution.

The Divine Intent of these documents was to guide the behavior of American citizens in a way that would fulfill the destiny for this New World. That destiny was for America to model to the rest of the people on this Planet a Higher Order of Being, a New World that would heal the illusion of separation and demonstrate to the masses the Oneness of the Family of Humanity.

The plan was that within this consciousness of Oneness, American citizens would revel in our diversities and collectively make decisions and take actions that reflect only the highest good for ALL concerned, thus allowing EVERYONE to live in prosperity, equality, peace and happiness.

The name AMERICA is an anagram for the I AM RACE. This name was intended to reflect a race of God Conscious people comprised of ALL races, ALL nationalities, ALL cultures, ALL religions, ALL creeds and ALL Lifestyles. A race of people who are functioning within the full embrace of their I AM Presence reflecting Oneness, Divine Love, Reverence for ALL Life, and decisions and actions that perpetually reflect the highest good for ALL concerned.

Needless to say, with the manipulation of our fragmented and fear-based human egos, America has fallen far from the fulfillment of her Divine Destiny. As a result of that failure, the portal of Light through which our Founding Fathers were inspired to write our sacred documents became almost dormant. This severely limited the Divine Guidance that the people who have been responsible for governing this country were able to receive. In most instances, those governing this country and those electing those who govern this country have been oblivious of America’s Divine Destiny.

With the recent activation of Humanity’s Twelve 5th-Dimensional Crystalline Solar Strands of DNA, our 12:12 Catalyst Codes, our Transfiguration Codes, our Divine Body Templates, and the Awakening we are experiencing through the forced time-out and the Planetary Reboot for which we are currently preparing, Humanity’s mass consciousness has been elevated to a brand NEW level. This higher consciousness will allow the patterns for Divine Government to register in the conscious mind and Heart Flame of every Son and Daughter of God in ways we have not previously experienced.

As we receive the influx of Light on July 4th which will conclude the most powerful Triple Eclipse Series the Earth has ever known, the Company of Heaven is asking us to join together in Divine Service to Transmute the cause, core, effect, record and memory of the obsolete and fear-based miscreations that have for centuries corrupted and distorted the patterns of government not only for the United States of America but also for rest of the World.

Our participation in this activity of Light will pave the way for the NEW and Heart-based form of Divine Government that exists on the New Earth. This is a Government OF the I AM Presence, BY the I AM Presence, FOR the I AM Presence of every person. A Government based in Oneness, Divine Love and Reverence for ALL Life. The patterns of perfection for this form of government are being revealed in NEW ways through the newly activated Transfiguration Codes in Humanity’s 5th-Dimensional DNA and our greatly enhanced Heart Flames.

The United States of America has a vital role to play in the manifestation of Divine Government on this Planet. Unfortunately, the events surfacing in the outer-world at this time are reflecting the antithesis of this new Heart-based form of government. That is occurring because the Light of God is increasing on Earth due to the Awakening taking place within every person. This is pushing everything that conflicts with God’s Light and Divine Government to the surface to be healed and transmuted back into its original perfection. Consequently, every day we are witnessing how very broken and corrupt not only our political system is in the USA, but how broken and corrupt the governmental systems are around the World as well.

As we join in consciousness with the Company of Heaven to empower Divine Government, know that the I AM Presence of Lightworkers all over the World are joining with us as well. Together, we are cocreating a Chalice of Light through our unified Heart Flames that will serve as an Open Door through which the patterns of perfection for Divine Government will be secured in the physical world of form. And we begin.

The Goddess’ of Liberty, Justice, Freedom, Victory and Glory

Blessed Ones, come forth now and assist us with the most powerful cleansing activity Humanity and the Earth are capable of receiving during this Cosmic Moment. As one unified Heart, we now invoke the 5th-Dimensional frequencies of the Violet Transmuting Flame of God’s Infinite Forgiveness.

Blaze, blaze, blaze this Sacred Violet Fire in, through and around all inharmonious actions, all lower human consciousness and all obstructions of the Light, that we or any part of Life have ever placed on the pathway of Life’s perfection. Through the Divine Power of Infinite Forgiveness, Transmute this discordant energy cause, core, effect, record and memory—now and forever.

Now Beloved Ones, BLAZE and SUSTAIN the multidimensional aspects of the Violet Flame of God’s Infinite Perfection, with the power and might of a thousand Suns, in, through and around the President of the United States of America and his Cabinet—now and forever.

Expand this Sacred Fire through the Supreme Court and all Courts of Law, all Legal procedures and all who are associated with Law Enforcement at every level—now and forever.

Blaze this Violet Flame in, through, and around the United Nations and ALL of its members and all of the people associated with their various countries—now and forever.

Now, expand the Violet Flame with the power and might of a thousand Suns through ALL World leaders and every person associated with any Government on Earth at every level—now and forever.

We accept that this Transmutation and Purification by the unfathomable frequencies of the 5th-Dimensional Violet Flame have been God Victoriously accomplished and will be permanently sustained through the Power of God, I AM.

Now We Call For Divine Government

I AM my I AM Presence, and I AM One with the I AM Presence of all Humanity. As One Breath, One Voice, One Heartbeat, and One Energy, Vibration and Consciousness of Pure Divine Love…

I invoke the great Beings of Light associated with Divine Government to this Planet, and I invoke the Beloved Ascended Masters guarding the evolutions of Earth.

Blessed Ones, blaze the Sacred Fires of God’s Perfect Will, Divine Love and Divine Enlightenment in, through and around every person involved with the Governments of Earth at National, State and Local levels.

Blaze the Sacred Fires of God’s Will, Divine Love and Divine Enlightenment in, through and around the Electorate and Governmental Officials of all Nations.

Let them feel and tangibly experience the Power, Wisdom and Love Nature of our Father-Mother God flowing through their Heart Flames as they elect their Governments and vote on all issues before them.

SEAL this activity of Light in the Threefold Flame anchored within the Heart of every person on Earth, and expand this Light daily and hourly with every Breath I take.

And so it is, Beloved I AM.

The Golden Flame of Enlightenment

Now, through the Supreme Eternal Mercy and Compassion of our Father-Mother God, the Cosmic I AM—All That Is, I accept the Divine Fiat that is allowing NEW frequencies of the Yellow-Gold Flame of Enlightenment from the very Heart of God to Awaken, Enlighten, Empower, Guide and Protect ALL of Humanity in ways that have never before been attempted. This is creating the sacred space for the tangible manifestation of Divine Government in the USA and all Governments around the World.

Through this Awakening and Divine Enlightenment, God’s Will for Planet Earth SHALL MANIFEST. The Oneness of ALL Life and every country’s Divine Plan will be fulfilled in perfect Divine Order. Divine Government will BE the Order of the New Day on Planet Earth.

We COMMAND and consciously decree that this profound TRUTH is now all-powerfully active, ever-expanding, world-encompassing and eternally sustained right here and right NOW. And so it is, Beloved I AM That I AM.

This article is copyrighted, but you have my permission to share it through any medium as long as it is offered for FREE, it is not altered, and the proper credit line is included. Thank You.