From the Earth Plane to the Father 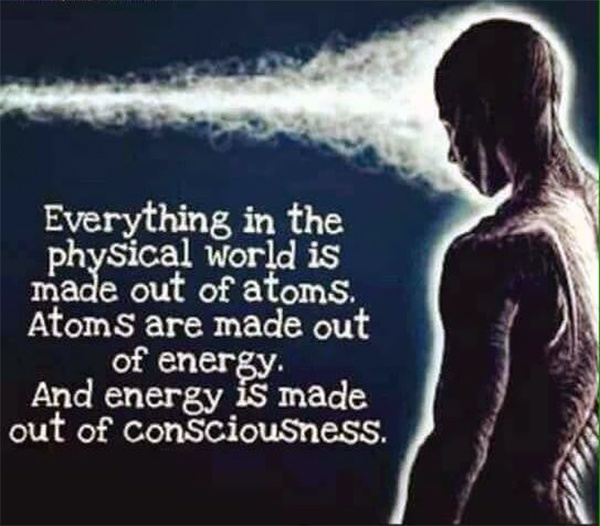 In part two of William LePar's spiritual source, The Council's, explanation of the true makeup of the atom they go well beyond normal understanding. To begin this quote I have inserted the last three comments from the previous posting for clarity.

The Council:  Very well. Now, for the neutrons and protons to be revolving or circulating what would they be circulating around?

Questioner:  A point or a nucleus.

The Council:  Very well.  If the basic model in man's understanding of an atom is to have a center with electrons circulating around the outside, then the center of that center should in naturalness resemble the outer.  Shouldn't it?

The Council:  Very well.  We were referring to the nucleus itself as man understands the atom.  Now within that nucleus, within the protons and neutrons is a nucleus, also.  Do you understand?

The Council:  Very well.  Here we take on somewhat of a different perspective because once man is capable of actually looking, actually looking, the looking itself will influence what he sees.  There are particles so small that the very fact of observing them causes a change in them.  Do you understand?

The Council:  Very well.  So that must be kept in mind.  The actual center of the nucleus as you understand it, is an element that we have referred to as spiritual electricity.  Now it is not an element as you know elements to be.  We simply use that word to describe a something exists there.  This something is the actual spirit-force itself. That is the closest touching in the material that you have of the spirit itself.  One might say it is something resembling a magnet that draws other forms of electricity to it, and as these other forms of electricity collect they become, shall we say, somewhat more solid; they form combinations that create a solidifying illusion of spirit; and as these elements then are combined with other elements, they too begin to form an illusion of something more solid; and so it continues until you have a build-up of an entire physical form.

Questioner:  Then the spirit or the soul is throughout our entire bodies rather than having a particular focal point in the body as is often talked of.

Questioner:  Then where is the rest of our soul, the other aspects?

The Council:  It is right there.  You see, you are trying to put dimensions or limitations on the spiritual, and it is impossible; you become very confused, and it becomes very cloudy and almost contradictive in itself.  It is good to know that there is more to you than

what you see, but that will be about the best that you will be able to comprehend it.  You see, you fail to keep in mind or hold, shall we say, important enough that the physical and all the manifestations connected with the physical really is an illusion compared to spirituality.  Now it is real; it does have substance to it; it has a dimension to it, as you all know, but compared to the spiritual, it is unreal, just as the spiritual is unreal to you in your ability to see it.  Do you understand?

Questioner:  Yes, as you know, I, somehow, was under the impression that all this was contained within these bodies within different levels of consciousness.

The Council:  There is the answer, but the physical is only one level of consciousness; it is the entrapment level.