It’s None of Our Business 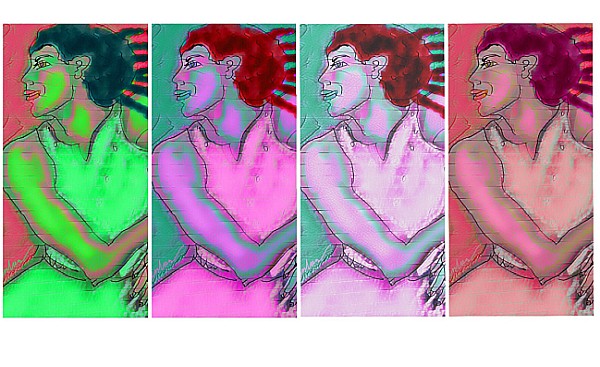 Like many others here on Planet Earth, I have had my share of handicaps coming in.  Being female on a planet that does not honor the feminine.  Being a product of the 50s and 60s, and of an over-controlling Greek father.  Having a physical body with a DNA of disharmonious energies to deal with. And, most difficult of all, a mind, like most on the planet, that is predominantly an over-controlling male energy.

But, I purposely came in as the female gender because I knew that they are the new teachers and leaders.  I chose my particular lineage with all of its issues so I could help free up that lineage.  So that my mother, and her mother on down the line could come back here and not have to deal with all of the issues I have been working through in my lifetime.  All of the issues all of those women had to deal with in their lifetimes.

I knew this time period, after the Second World War, would be optimal for change on this planet.  But the change I am involved in is all about me transforming myself.

I was instrumental with others in Atlantis in creating a mind that became the standard of a mind that was not very flexible.  Not very open to change. Not for malicious reasons, but we believed that if everyone thought alike we could then be more in harmony with one another.  That life would be easier.  Except that we didn’t allow for the soul to be a part of that mind.  So that mind became our identities.

So this lifetime is an opportunity for me along with a few other adept souls to set that mind free.

So, a few of us adept and courageous souls came in as females, or as men who embody their feminine.  We came into dysfunctional families, with physical issues, and were way ahead of our time.

So is this a recipe for disaster?  For failure?  It is really easy for the human part to say, “wow, what were we thinking?  Who would do this to themselves?  I would not wish this on my worst enemy!”

It is really easy to feel like the victim here.  To feel abandoned by our soul.  And it is really important to honor that human who has endured so much in this lifetime, and for a good part of it didn’t even understand why.

That human who felt like the outsider.  Who felt so sensitive, and so fragile.  But also had that part of themselves who felt stronger than most, if that makes sense.  He or she felt that they could endure more than most, not just physically, but emotionally.

We could hold energies for others who we noticed could not hold them for themselves.

But over time that created so much discord in our own hearts and bodies.

As we awakened we realized that we were not here in that capacity anymore.  We were here to discover our own soul and its joy, and to integrate that soul into our human personality.

To love and accept that human personality just as it was, and to begin the process of recognizing who was in charge of our life.  And that the part of us that was in charge did its best, did a good job, but now it was time to shift that role over to who we are eternally, our divine presence.

IT’S NONE OF OUR BUSINESS

Our only concern is how to allow in the soul, who is already Ascended, already whole and complete, and that in turn resolves all of our so-called issues.  And that sets us apart from most humans who still believe they have to make it all happen by efforting, trying, struggling, and battling.  Because most of humanity still believes their human personality and mind is who they are.

We discover that in connecting with the joy and carefree nature of our soul, that in turn is what helps to transform this 3D world that seems so stuck.

This transformation makes our mind feel wildly out of control.  As it turns out, everything we were taught about life was kind of backwards.

And that’s a good time to take a deep breath and ask ourselves, “who is feeling that? And is that our truth?  Or is that the attempt of a mind that wants desperately to remain relevant?”  The mind senses there is a new energy present, and the mind is worried that the new energy is bad news for it.

But it’s worse news if our human personality tries to continue creating our life for us. Much worse.

I do love that human personality, but I also know that who I am is much more than the person reflected back to me in the mirror.  But if I continue looking in that mirror, and I look into her eyes, I can see that divine presence smiling back at me, and I know all is well.