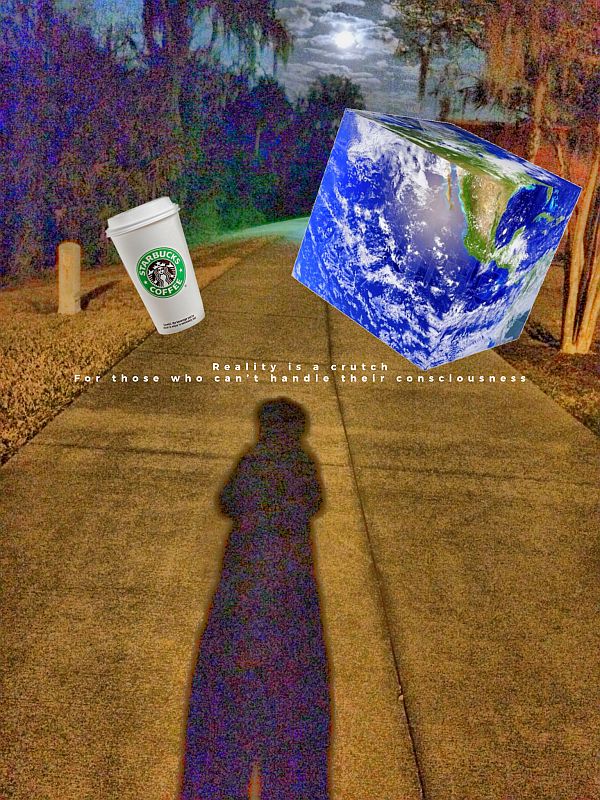 Oh Good, You’re Here.  The Title Didn’t Scare You Off, Or Turn You Off.  Then Read On…..I’ll Start With A Less Frightening Comparison. A Dear Friend Showed Me A List Of PTSD And Negative Symptoms In Thinking And Mood.  I Was Struck With How They Are Eerily Similar To Awakening Symptoms.

That doesn’t mean the person is going through an awakening, of course.  But most who do become awakened will experience some if not all of them.

And of course many of us are intimately familiar with these as we experienced a shift away from the world we knew.  We begin to realize that the world out there isn’t the cause of our joy or lack thereof.  There is a sense of loss which can manifest as depression and existential detachment.

Another symptom on the list was difficulty maintaining close relationships.

That’s a tricky one.  We didn’t necessarily run from those relationships, but we knew we had to go within, and we needed ample time alone,  We had so much going on on so many levels, we needed our sacred time and space.

For myself, I found it very difficult to be intimate with another human being during that time.  And that was misunderstood by some as my having clinical depression.

But I knew what was going on, even if I couldn’t articulate it to anyone around me.

The awakening person is essentially moving from a singular identity, in which they believed they are just the human, with the mind being the absolute controller of their life, to the awareness that they are much, much more than that.  That they are multidimensional.

This awareness begins to freak out the mind, because the mind has been the one in charge of their life forever, really.  The mind is loosening its hold on reality as it once knew it.  As a linear and fixed reality.

Initially everything kind of falls apart.  Perhaps financially, health, relationships. It gets messy.  It has to.  The human identity feels like it’s dying.  Thus the depression, and even hopelessness, along with a kind of numbness.

It’s almost like going through the stages of grief.

The human has to slowly let go of its control and allow its real self, the eternal self, be more and more present.  There are trust issues, since the mind naturally doesn’t trust this nebulous part of itself to take the helm.

This is an excerpt from the National Institute of Mental Health describing psychosis.

The word psychosis is used to describe conditions that affect the mind, where there has been some loss of contact with reality. When someone becomes ill in this way it is called a psychotic episode. During a period of psychosis, a person’s thoughts and perceptions are disturbed and the individual may have difficulty understanding what is real and what is not.  Symptoms of psychosis include delusions (false beliefs) and hallucinations (seeing or hearing things that others do not see or hear). Other symptoms include incoherent or nonsense speech, and behavior that is inappropriate for the situation. A person in a psychotic episode may also experience depression, anxiety, sleep problems, social withdrawal, lack of motivation, and difficulty functioning overall.

Now, actual psychosis is a real disorder, of course, and it’s the linear mind going in circles to such a degree that it kind of derails from itself.  It’s a perfect example of the mind trying to get out of its own hell by using the mind to do it.

Many people who suffer from psychosis are actually very intelligent people.  They are often very left-brained and logical thinking individuals.

Many who have awakened can attest to being on the edge mentally, where they feel as if they are losing their minds.  They are getting glimpses of another reality while still trying to function in this one.  They have a nebulous sense of what is real and what is not.  They truly feel on the precipice of a breakdown at times.

Ans it’s because the mind feels like it’s losing its grip on reality and is trying to hang on for dear life.  It’s terrified to give up its control.  But it can‘t continue to hang onto a reality that isn’t real (3D) while inviting in its own eternal being-ness, which is real. The human set in motion something that can’t be stopped.

But we each have our own style in this awakening process.  Some of us dive into the deep end of the pool right away and end up in a psych ward, physically or metaphorically.  Others dip their feet into the shallow end and splash themselves with their awareness until they get acclimated to the change in perspective.  There’s no right or wrong way.

Those who choose the proverbial psych ward are often those who were very mental in their approach to life.  So the deep dive helps to shake loose that over-controlling mind.

And even those who have more of a right brain approach to life are challenged to deal with a mind that wants to maintain the status quo.

But we stop battling our minds, and that’s what ultimately separates us from those who suffer with psychotic behaviors.

We eventually befriend our mind, and see it as, not the enemy, but a part of us who just wants to keep us safe.

And, most importantly, we realize that we are so much more than the mind, and the human persona.  We begin to not only accept that truth, but we begin to embody it.

We stop trying to fit into a reality that was never designed to be comfortable for the singular human.  It was designed to explore how consciousness and energy work together.  How our eternal consciousness manifests using energy, in a slowed-down environment.  A lower dimensional ‘reality.’

We couldn’t do that without the human body, in a 3D reality.

You are a singular human and this is your only lifetime, and your one shot at getting it right.  This reality is as real as it gets.  It’s a bitch.  So, try not to make waves, stay in your lane, and you’ll be ok. Good luck.

You know when you have awakened from the dream when you aren’t concerned whether you’re going crazy, or losing your mind.  You know that ultimately it doesn’t matter.

The Case For Being Human - Mary Magdalene

Your Storyline - Teachings of The Masters

We have 1210 guests and no members online