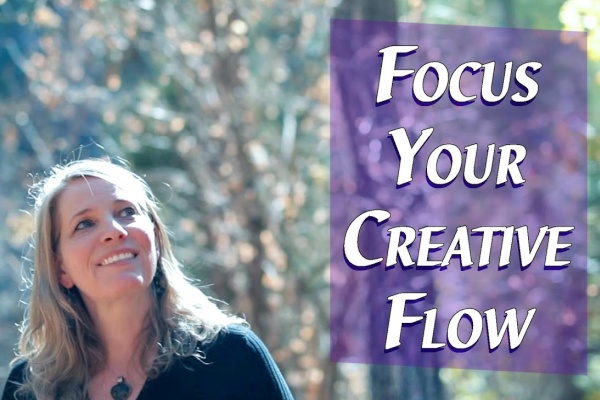 INNOCENCE PULSES THROUGH YOU

In the constant escalation of release and activation, the divine balance of masculine feminine comes into view. The history rises to be retold and refold into a new imagining of what can be. Let your mind wander into new territory, as what was becomes a new story.

The eleventh hour has never been easy, but it always offers a promise. Can you be stronger than imagined? Can you be clearer than you knew?

Can you be the future instead of the past again?

Here we are at a turning point arriving. What it is, is unkown; yet an echo of past. What far off time and place began the call. As it bounces off walls the heart beats faster. It’s unseen, but the echo feels real.

Who has eyes to see the invisible sound?

As the cycles go winter [or summer] soon arrives. Life seems to be dormant and dead on the surface. Yet within there is a renewal where origin and destination dance again.

Here you reside within the winter of your long season, stirring and hungry, still too tired to fully wake, for the new season is not yet arrived.

Within each season there is also opposite flow. It may be far away or deep within, but the wake will be felt, for time only stands still where the body can’t be. Oceans washing past into present take the future away.

You hold memory far beneath the graffiti of war. It was a time when ritual was not a decree of worship; it was a joining, a joying, a bonding of freedom. The energy was sensed by sensational hearts. The opposites were clear, trans-parent.

The origin and destination were not oblivious of each other. They knew they were, they are, they will be One. Opposite was not out of sight. Eyes were open and lies ap-parent, springing off new growth that called community to cure.

The separate was equal for Life was infinite. Within the smallest, finest, finite form, was the biggest of Life into new body born. It held all potential so each was in-formed.

THE HEART OF TIME

It drives you, this force bigger than the biggest of armies. It compels and consumes and brings death to great wealth. It is the wake under Life’s raft, the wrath of tides. The drowned echoes of past don’t remember the waves. But your heart still holds the imprint of each resounding swell.

Each beat, each pulse—a chord of connection. Harmonizing into dissonance and arrhythmic time. It can’t be held, no matter how strong the armed forces. It reckons with the reflection that becomes hideous holding onto past.

A sad story once held such glory, but just a fascade that becomes gory. Weathered and withered until time finally stops. The eleventh hour rings loud on the clocks. What does it signal as the pulse becomes known?

Each beat is expected, the future is shown.

Yet it stops, not complete, for the time has not come. It whispers of futures where the two meets the One.

While winter is surface, there is heat within. The clock never stops, it always beats again.

It takes but One to hear the echoing drum. To redirect, reconnect the surface of sound as echoes abound.

It takes but two to amplify, a community wave. But you, the Ones, are many and brave. You are Time’s progeny, you hold the same force. But a grasp is just a moment that Time pulses free.

THE BREATH OF TIME

You are the divine potential that pauses the movement. Breathed in, and held, until Time compels. The exhale saturated in love or fear. That community never left, it still echoes near.

Too soft to be heard by distracted ear.

Just a moment, a breath, it can change such life. Give it or take it, time pulses on. All is allowed for Life’s for the strong.

But strength is not wisdom and knowledge isn’t free. It must be touched by the finite heart and echo through walls. Heard softly and followed silently until the echo is seen. The beat of the heart within. Creation Pulsing you four-ward. Renewing again.

Who has eyes to see the invisible sound?

Just beyond it, oceans abound. Your beating heart is making waves, asleep or awake. You are the one to form the dream into new shape.

Awake and take action in echoes form. Conscious ripples of One future where Love is reborn.

All potential in the smallest, the finest of form. Too small to be held, to be grasped and contained. Yet Time’s vast arms nurture all into vein.

The winter is ending its long season of slumber. Days are years in the long season’s number. Moments are months that churn resolution or fear. Answers only come when questions disappear.

Detail is unknown, it is the nature of time. It is the Oracle’s game, a puzzle undefined. There is no guide that guarantees the prize. Only a step in a direction to follow the elusive echo reprised.

But a mirror only reflects what time has in hand. The wave will come in the next hour, one. [won]

Don’t count yourself out, though the strikes seem real. It’s just time’s marker of One and two combined into 12. These two never separate from the invisible 3.

But it is what all won will soon come to be. The wave gathering momentum, beneath where eyes sea.

You are Time’s force, the infinite invisible. You are the Oracle, the Sylph, the puzzling Sybil.

Answering questions as yet not replaced. Releasing old wounds of innocence disgraced. What was innocence to do but retreat and reform?

For innocence is never lost, it is merely reborn…

In creation’s next pulse as time marches on. The solving reign always comes, washing wounds time has torn. Armies of Love, the False Warrior stormed. False warriors feel strong until armor is torn.

You, brave heart, hold Creation’s future. Pulsing choice and resolution for other’s too [sic] nurture. Strong hearts are flexible, feeling the echoes. Quietly, subtly, BEING the future that Knows. It’s louder than words for it holds the amplification of full resonance. Not just the hollow tones of armored bones.

You are Creation Pulsing a future for Love. Understanding connection and Time’s reward. That peace within humbles past and storm. The eye is the center, the neutral in chaos. As you see potential, the future reforms.

Own your powerful Love, dear Life. For you have always held the keys to the kingdom within. Unique and united, Creation Pulsing again. Always new and renewed through your powerful choice. Every breath is Life’s gift.

Receive it, change it and give it to All. It is your Innocent Power to choose, choose, choose. Let your Love hang in the air, the invisible fragrance of flowers in bloom. Giving hope and healing to future’s anew.

by Jamye Price
Jamye Price is an energy healer, channel, and teacher. Her unique energy healing modality, Crystalline Soul Healing, along with Light Language—are a powerful transformational experience. She also channels Areon, the Lyran Council of Time, with information focused on the mental and emotional balance of Ascension. Jamye’s work is practical and profound; she mixes highly esoteric subjects into applicable usage for empowered living. Source Here

We have 1720 guests and no members online