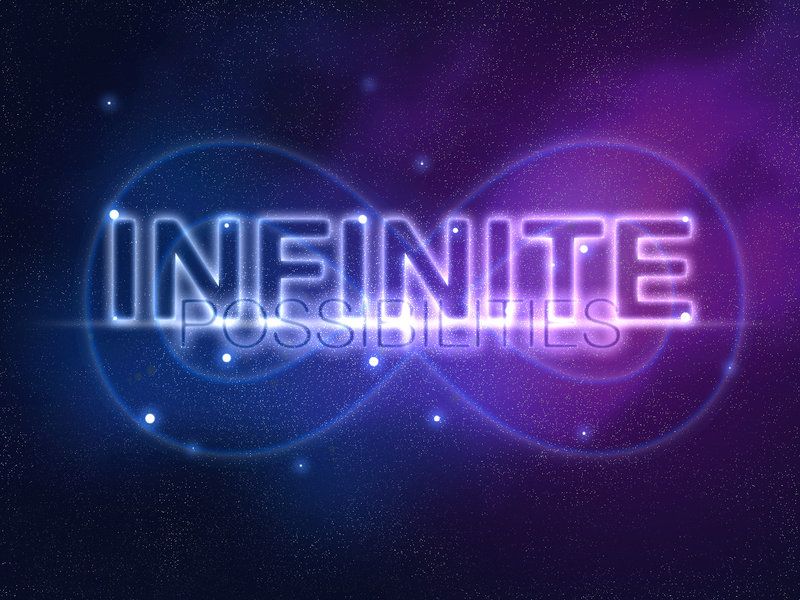 Quantum physics is more than a century old; yet, people's eyes still glaze over when they first hear of its strange ways. In the sub-microscopic world of elementary energy particles, the universe acts very differently from the one we know in our physical world.

As it turns out, the quantum world actually reveals the true nature of the universe, while what we see on the physical level is a carefully-created illusion. For example, at any point in time, life presents an array of infinite possibilities. When you make a decision as to what to do next, then - only then - does your immediate future become a reality instead of just another possibility. Then, and only then, does the next step in your history get written.

According to quantum physics, energetic particles, such as photons of light, only become particles of energy when you focus your attention upon them. Until then, they remain as fields of influence which radiate waves of energy, not particles. These waves of energy, rather than traveling as particles directly from A to B, spread out as waves that explore all possible paths before them.

Energy particles live in a world of possibilities, waiting to be made manifest by a conscious decision from someone, somewhere. In a conscious universe, any form of attention, even that of a passive observer, manifests actual particles from the waves of potential.

As a human, you were born to manifest a life from infinite possibilities. At each step along the way, you create your personal history by deciding which possibility to explore and working your way through that action. You choose and create the experience from the potential and make it manifest.

The quantum world gets even stranger when you find that, in its natural, unmanifested state, it is free from the constraints of time and space. Electrons routinely affect their own future, and even their own past. Quantum physicists even had to include "negative time" (traveling into the past) in their equations in order to include the time travel which is exhibited at the quantum level.

Now, if the quantum world is the real world, the one from which our stable reality is constructed, then what does this mean for our possibilities? It certainly means that we have infinite choices for the future. The burning question is, how will the different choices turn out?

By empowering your connection to your inner being, to your soul consciousness, you enter the realm where all possibilities are real - very real - a place where you have the power to evaluate any and all of your greatest potentials.

The question is, what could you do today that will make your tomorrow even better than it would have been? This is what we will explore in coming articles.

We all are Infinite Being.

We came into this life to explore our infinite possibilities.