The Shift to a Higher Physical Realm 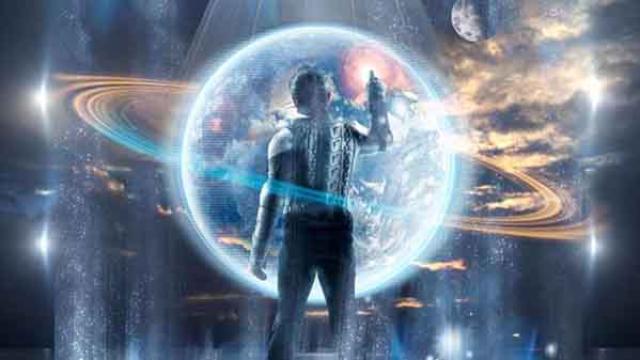 The Shift to a higher physical realm is likely to occur within the physical lifetimes of most of us.

Those who are in the afterlife at the time of The Shift will also be risen to a higher plane of existence. There are many realms and sub-realms within the fourth-density existence of the afterlife.

Today, the realms of fourth density (or the “fourth dimension” as many people call it) are home to spirits in the afterlife. Other than a few ascended masters, there are no physical inhabitants in fourth density (4D). The big difference that will occur with The Shift is that the physical realm here in third density will be risen up into a realm of fourth density. Spirits in the afterlife will be in a realm above us and therefore much closer to us than they are today.

One problem in understanding The Shift is the common practice of getting the “dimensional” levels numbered incorrectly. People generally agree that we are in 3D, but seem to have an aversion to 4D and say instead that we will ascend from 3D straight into 5D. I’m not sure why they think that 4D should be avoided. Perhaps they equate it with the dream state and its occasional fear-driven nightmares.

Physical human existence is possible in both 3D and 4D, but not in 5D as that is a nonphysical mental realm. Therefore, we cannot ascend from 3D to 5D and physically function there.

People in the afterlife inhabit etheric, quasi-physical bodies. To you and I, they are invisible ghosts. To each other, they are just as solid as you and I are to each other. It’s all relative.

On the day of The Shift, great energies will be released from within the Earth. Those people in the popular realms of the afterlife will move up to higher sub-levels and we will move up into 4D to fill the vibrational vacuum they leave behind.

That means that fourth density – now the domain of spirits – will also become home to physical beings. The matter which makes up our bodies will vibrate at a higher rate than it currently does, making our bodies somewhat less dense than they are today.

In the new density after The Shift, healing will be so much easier and the aches and pains that can be so typical in 3D will melt away in the higher energy environment.

You have probably read or heard many ideas about how The Shift to a higher dimension will occur. Many of these ideas, upon reflection, can be seen to be unworkable, so it behooves us to figure out what we can actually expect.

For example, you may have heard about the Two Earths concept where people will be able to ascend to a New Earth and leave the Old Earth behind. The original Two Earths concept was highly symbolic. Personally, I like the idea, but, in its literal form, it just cannot work.

Think about it. What infrastructure would exist for you to move into right after you have ascended up to the New Earth? Being physical, you need food, shelter, and electricity would be a big help too. Remember, while astral beings may be able to create anything they need out of etheric energy, physical beings are more solid and more limited, even when they move up into 4D.

Physical beings use physical matter. Spirit beings have more options as etheric energy – the substance of their spirit bodies and the objects around them – is a subtle energy while physical bodies are made of electric energy, which is far more dense.

So, we won’t be suddenly moving into a pristine New Earth with no food and shelter readily available for billions of newcomers. The truth is much simpler than a literal Two Earths idea.

The Earth we’re on will move up in frequency taking everyone with it.

When the time comes for the physical Shift, people will find themselves in a different environment. How different?

Sensitive people will notice that the energy in the air is different. They will be surprised to find that auras are suddenly much easier to see, that there is a sensation of inner light within all physical objects, that the Sun is a slightly different color in a sky that seems filled with more light.

Heck, even the toaster glows on the outside as well as on the inside… all signs that something is very definitely different.

Meanwhile, people who are not in the least bit sensitive will still feel that things aren’t quite the same any more. Scientists will later discover with amazement that the speed of light has become faster than it was in the lighter density environment.

For lightworkers, it will be Prime Time. You’ll be calm while others are wild-eyed with concern. You’ll understand what’s going on while everyone else seems to be searching for answers and reassurances.

+ - Credit Click to collapse
Owen K Waters writes for the Spiritual Dynamics Academy website at SDA.AC
*If you enjoyed today's article, forward it to a friend! They will appreciate your thoughtfulness.
Courtesy of Owen Waters - source
CrystalWind.ca is free to access and use.
Please support us with a small gift of $11.11 or $22.22 or $33.33.