Where The Journey Leads Us - To The Truth Beyond Belief 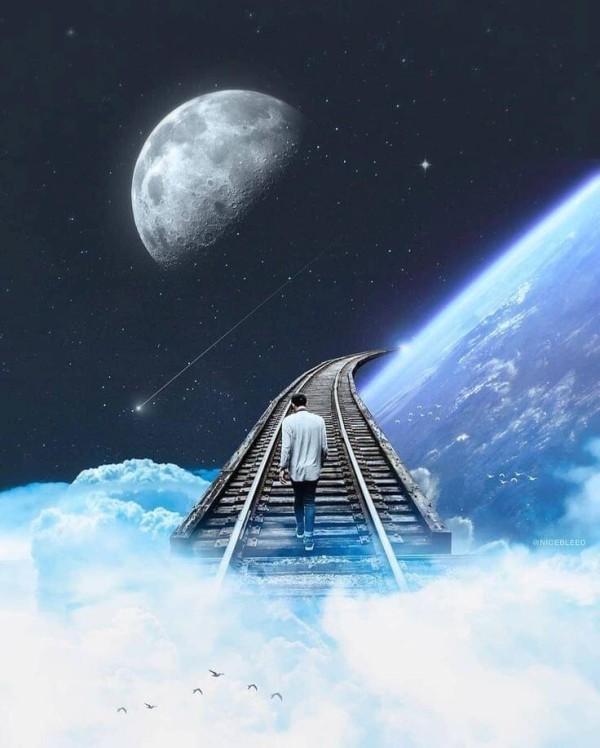 THE DISCOVERY OF THE THREE WAVES

My research in the field of hypnosis has taken me on unimaginable journeys through time and space to explore the history of the past and the possibilities of the future. When I first began my investigations through past life therapy, I thought I would only find people remembering lives on Earth because naturally, that was all we knew about. My belief system has really been stretched and extended over the past forty years. As my work progressed, I was given a great deal of information about the beginning of life on Earth. I was told that this is the time for this knowledge to come forth. We are moving into a new world, a new dimension, where this information will be appreciated and applied.

During my work, I have heard much about everything being composed of energy; the shape and form are only determined by the frequency and vibration. Energy never dies; it only changes. I have been told that the Earth is changing its vibration and frequency and preparing to rise into a new dimension. There are countless dimensions surrounding us all the time. We cannot see them because as their vibrations speed up, they are invisible to our eyes. It is important for us to know more about this shift to a new dimension because we are in the middle of it now, and its culmination is coming soon.

Earth is a school that we attend and learn lessons, but it is not the only school. You have lived on other planets and in other dimensions. You have done many, many things you cannot even imagine. Many of the people I have worked with within the last few years have regressed to lifetimes where they were light beings living in a state of bliss. They had no reason to come into the Earth's density and negativity. They volunteered to come to help mankind and the Earth at this time. I have encountered what I consider to be three waves of these new souls who are living on Earth. They have come at this time because most of those people who have been here for lifetime after lifetime have become people who have been here for lifetime after lifetime have become bogged down in karma and are not advancing. They have lost sight of their purpose of living on the Earth.

In the early days of my work, I thought that it would be impossible for a person to be experiencing their first life on the planet Earth during our present time. I thought it had to be a gradual process: going through the various life forms before becoming human: air, rocks, soil, plants, animals, nature spirits, and eventually humans. I thought that when a soul decided it was ready to attempt life as a human, it would be in a primitive society so it could adjust slowly.

I thought that it could never be suddenly dropped into our hectic modern society with all its chaotic energy. It would be absolutely too much for a newly evolving soul to endure. But then in 1986 I wrote the book Keepers of the Garden, about a gentle soul that was experiencing his first life on Earth. He had always had lives on other planets and dimensions. Yet in our first sessions, he described several apparent past lives on Earth. So I wondered what was going on. Either reincarnation was true or it wasn’t. But then I was given my first explanation of the “imprint” theory.

People who have lived on Earth through countless lifetimes have the memories of these experiences in their subconscious memory banks. Unknown to the conscious mind of the individual these buried memories are essential to helping them steer their way through the morass of living as a human. Without some type of background, they would not be able to function. The newborn baby appears to come in fresh with nothing to relate to until taught by its parents and society. But this is far from true.

The so-called “baby” is actually a very old soul that has had hundreds of journeys into the complicated scenario we call “life.” This gives it something to use as a reference (unconsciously) on how to live as a human. But new souls to Earth do not have that background and would be totally lost. Except for an ingenious concept that has been developed on the spirit side called “imprinting.” When the soul is on the spirit side it is shown the type of life it will be entering next, and it makes a plan of what it hopes it will be able to accomplish. It also makes contracts with various souls to work out any lingering karma. If the soul has no Earth experience to fall back on, they are taken to the Library.

Ashtar: Together We Make A Difference

The Merging Of Higher Dimensions - Blue Star the Pleiadian

Why You Will Ascend This Time - The 9D Arcturian Council

We have 1659 guests and no members online