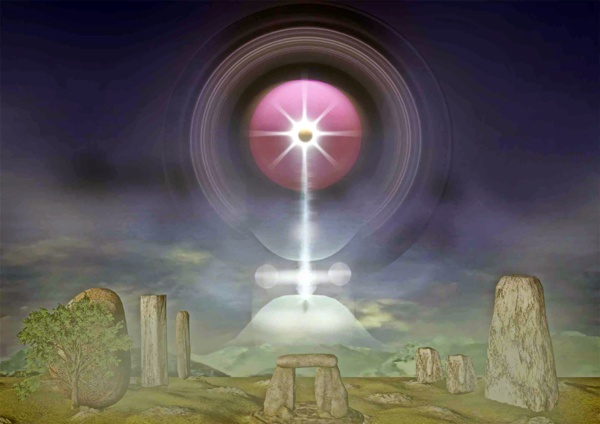 There have always been times in the Epochs of Man, when certain souls were called upon to lead the others, into the new.  They were the true Visionaries, the Transmitters, the Ones who dedicated their entire life, to walk this path relentlessly.  They so often gave up everything else and purely gave them in highest service with great love.

Such a calling, once it comes, compels total dedication.  There can be none other. For one cannot allow oneself to be distracted, nor enticed off the path.  For the path itself, is but for a select few.  It is a lonely path, for very few souls ever have the guts to walk it, for it does demand the ALL.

When one is called to walk the highest pathways, one knows this to the depths of one’s soul.  It is destined.  Most often this path has been walked, for it is familiar, over many lifetimes.  One meets other souls who were with one during these incarnations, and one recognizes within them soul brothers and soul sisters.  It is an eternal bond and an eternal calling.

Soul groups, like the “The Shining Ones”, “the Illumined Ones”, “the Graces”, “the Loving Ones”, are soul groups which are dedicated to the highest service, and any of its members who wish to live mediocre lives, will often find that the Calling becomes greater than everything else:  some time, somewhere, one will need leave all the earthly things behind, which held one, and follow that Call, for one can do and be no other.

I was called to Greece and Egypt, mainly to reopen the Ancient Mystery Schools there, apart from other gigantic energy clearing and cleansing work, and more than this, gigantic portals which needed to be opened.

As I reconnected with these sites, in which my soul had served for so many lifetimes, I often spanned dimensions and I could step into the expanded versions of my own soul.  In such moments one gathers cosmic eyesight.  The inner eye expands to allow one to see what in ordinary moments of life on planet earth, one cannot tune into.

What I saw, often moved me to tears, but also to a great sense of admiration for the souls who dedicated their entire life during such incarnations, to hold the Light steady for humankind.  So many had to leave friends and family behind and live a life of total dedication.  Yet, within such communities, the bond between one’s soul brothers and sisters, was an eternal one.  For one was dedicated to a common vision, a common calling, a common quest.  There is no higher calling and no higher way of life!

It was in a sacred moment of the most sacred places in Greece and Egypt, that revelations came to me.  I was shown with crystal clear clarity the rebirth of the planet, and I was shown the Rising of a New Humanity, as the planet itself has already been reborn and is very deep into the 5th dimensional frequency band now.

I was shown how out of the proverbial ashes of the 3D, the Old world, the New was already born.  Indeed, the New World is already there.  The two exist simultaneously but the old is disintegrating at a very high level.

I was shown how, the new Crystal Pyramids Temples of Light were rising, as I was called upon to reactivate the immensity of the dormant energy portals there.  These Temples of Light are filled with Beings of Light from other galaxies and star systems, who are preparing humanity, for those souls called, like me, to step into our future selves and claim our truthful soul work in these places.

Some of us, will shed our physical forms, and work there in our soul bodies, as we lift humanity through the massive portal of the 7th Gate now opening, the 777th, of the 7th Central Sun of Illumination. It is followed by the 9th and 999th when the New Golden Age is at its zenith.

We have taken upon us many challenging lifetimes on earth, so often severely persecuted and paid the highest price.  Yet, we never gave up.  We have incarnated again, and we now will step into the highest calling in the next years, in our fullness of our maturity to lead mankind, and then shed out bodies, and work in the higher dimensional state, nursing the rest of humanity into the 7thdimensional state and higher.

It is a mammoth task, undertaken but by a few.

Then there are souls, who have chosen to remain in physical embodiment, and then go through the intense changes, and become like living beacons to show the others the path through the portal and into the New Golden Age.  They have done this before on other planets and star systems and too know who they are.  Again, they are but few.

Look not for the true leaders in the masses, and those who have mass followings and who make the loudest noise.  Most of the few, are now ones who need to shout to the heavens so that all can hear – no, they know that the work is done silently, for it is the silent revolution.  It is the heart shift, and they lead humanity through lives totally dedicated to highest service with great love, relentlessly so, often forfeiting what they could have had had they followed the masses.  Yet, they know that they have indeed more than they could ever have asked for, for the path brings rewards to the soul, that no worldly things can.

So often these souls were ridiculed, were shunned, where thrown out of families, or break with the family came.  So other they are called fools, for few understand the breadth of what is now happening on planet earth, and so many still walk the walk of the walking, living dead.  Yet, such soul, know that in truth they do not need the applaud of the masses, nor that of the family etc.  In truth, they know that they are never alone.  For they walk in the company of angels, archangels, Ascended Masters and the Cosmic Masters and Divine.  They know their true home and thus walk lightly on earth, not attaching to anyone or anything.

They are the free spirits.  They are the Visionaries, the Prophets, the Healers, the Energy workers and so often they work in disguise in places you would never expect to find them.

They do not need titles, nor labels.  If these come, they were the cloak of fame lightly and when the spotlight falls on them, they stand there, fully in their own power and light, not seeking earthly acclaim – for it means nothing to them.  They are but here to fulfill mission, and they keep their eyes on the path, because they know that fame and fortune can corrupt and pull one off the path.  They choose not to deviate from the path, whether fame finds them or not.

It is but a handful who are already changing the world.

Yet, the Divine Law, states that the One is the Many.

Let those who truly, see.

Let those who truly hear, hear.

Let those who truly know, know.

The greatest of all changes are now upon us.

The cosmic tidal waves are upon us.

We have 782 guests and no members online