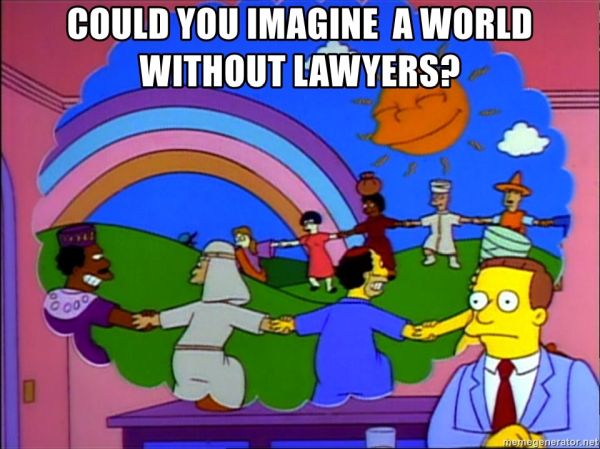 Everything is a lie

We live in a time that is out of touch with reality; societies are run without vision and trust, nothing has been learnt from the past, about what governing really means.

Government itself is fake, phony, and false, everything is a lie. The fabric of society and its culture is a hologram, neither real nor true. Wake up; and let’s start by getting rid of the liars and hypocrites. For all purposes, society in all its manifestations must be corrected, whether people like it or not, change will come.

Our lives and those of our children and future generations depend on us taking the right step now. How will we ever explain to our grandchildren that we allowed this to happen, when we now have the means to prevent it?

Abolish, all over the world, the Central Banks, they are the main culprits of our current woes, they are going to lose out in the current financial crisis they themselves have created. A return to sound money is the first thing to go. Governments must also be abolished and greatly reduced to 10% of their current size and influence. The world will function much better in a free market environment without regulation.

The Ottoman Turks, the Habsburgs of Austria, the Bourbons of France, and the Holy See conspired in the past to create a system of banking and trust that has endured to this day. The origins of their created Fractional Reserve Banking System are revealed in the ancient treasuries of Rome, Persia, India, and China, and in many world empires today. In Europe in the Middle Ages, control of this system was handed over to the Pope and a group of affiliated monarchs.

Do not be confused, for the underlying basic patterns are gaining necessary strength at a divinely determined pace. The Deep State cabal was soulless when Trump won the election in 2016, they are panicking and trying to hold on to the semblance of control they think they still have.

They didn’t think of waking up the people and they didn’t think we would go after them. We take back our control at all levels because they are no match for all of us together, awakened, and united against them.

Together, with the help of the Galactic Federation, Q-organisation, the Lightworkers and patriots, it is time to rid planet Earth of the evil that has preyed on us humans for hundreds of centuries.

World payment system based on debt

In 1868, Vatican Jesuits, with help from the British Monarchy, created a global debt money payment system based on the central banking system that printed fiat notes, or Debt Statements. To legitimise themselves in non-Catholic territories. They designed capitalism, communism, and Nazism, using secret societies, such as the Freemasons Ur-Loges, Knights Templar, Round Table, Rotary and Lions service clubs.

They – the Rothschilds – controlled Britain financially, and until their fall in 2013, they also owned America. In this configuration, they created every major war on the planet, killing millions of innocent Jews, Christians, and Muslims. To understand this better, consider that the Cabal Worship of Lucifer and Satan, was created and directed on Mind Control supported by child exploitation, rape, and human sacrifice.

Since 1871, USA Inc. was owned by the British, the Vatican and the Rothschilds. They tricked Americans into waging wars for profit, to create a renewed Roman Empire according to the plan for the Vatican Jesuits, who are the instigators behind this smokescreen.

Watch below video “The Secret of Oz” that demonstrates and explains in detail the history and scam of the fiat money system.

Their attacks on the population because of Covid injection and food poisoning, through Chemtrails electromagnetic injury, sugar diseases, GMOs, modification of wheat, vaccines, Morgellons disease, Nanotech, Aids, water fluoridation and further poisoning of our drinking water, and the murder of doctors by Big Pharma mercenaries, are part of a “Soft Kill” programme to drastically reduce the world’s population for better control.

The Vatican was centrally involved in many of the machinations and behind-the-scenes, involved in the global financial meltdown of 2007-2008, to sabotage the Global Economic Security and Reform Act – GESARA – that is becoming the international welfare scheme.

In April 2008, Joseph Ratzinger – Pope Benedict XVI – failed in an attempt to claim a large tranche of GESARA welfare funds. He reportedly said to his closest colleagues:

“The small citizen cannot handle this money well, but the Church can.”

The Dark Powers still believe that the Light should accept the existence of USA Inc. as a true sign that the illegal deal forced on America in 1871 may continue. What the cabal does not know is that this reality is only a temporary state. In effect being ‘sovereign,’ with the noose around their necks. This criminality is now too advanced, to be allowed to continue.

They tell the people that a “national debt” and “deficits” exist. This ploy implies legitimate accounting. However, the people may not know that their fiat system is based on debt and ultimately defaults because of the creation of the “supporting” debt used.

There can be no debt when everyone knows that fiat money is created ad infinitum, backed by debt at no cost? Are we really to believe that the government has “lost” trillions? These are false assumptions, promoted by the media.

The money was not lost. It was spent on exactly what the elites and the Deep State wanted to spend the money on, without the knowledge of the people.

There can be no real change under the existing economic prison conditions until the fake debt to the Central Banks and all other banks is paid off.

The books of these banks must be audited and all stolen assets must be taken back from those carrying out this fraudulent scheme, which has continuously ensnared nations in fake wars and debts.

Democracy is the problem – Anarchy the natural solution

Government is the problem, not the solution. After 15 years of deepening recession, it is time to change course. In a democracy, the people elects governments to serve them, but not to be the authoritarian dictator, as is the case now.

Governments have all the power and resources to influence your way of life. They have the power to tax, arrest, imprison, torture, and send young men and women to fight wars in foreign countries that did not even pose a threat. They regulate and impede businesses, devalue money, make trade difficult through embargoes, and control everything that pops-up into their heads. Governments clearly do not serve the public; worse they are the enemy of the people.

The biggest problem is, people generally think, this system is more virtuous. Like its inability to create wealth or value in markets, which is the only evidence people need to judge its true fairness.

Deceptively, these high and mighty institutions look something like this:

Anarchy is deliberately described by the media as hooligans rampaging through the streets, throwing stones and Molotov cocktails and inconveniencing others.

In fact, however, it means the opposite. The official media have appropriated the word to use it for exactly the opposite of what it stands for. What they have made of it is a conveniently confusing definition that serves the purposes of governments.

Governments oversee the subjugation of individuals within their territories and often declare wars against people within foreign borders, such as Iraq, Libya, Syria and soon Iran.

Properly understood, the term anarchy is derived from the Greek word anarchy, which correctly translated means “without a ruler.” Essentially, it is “Freedom” not to be enslaved and forced against your will.

Freedom to act voluntarily, freedom to associate with whomever one wishes on whatever terms one wishes, provided these do not hinder the ability of others to enjoy the same Freedom.

Rather than fearing anarchy, it is in many ways the natural solution to our problems. Anyone who doubts this will have difficulty reconciling themselves to the fact that 99% of their most critical life decisions are made within a private state of anarchy! A thoughtful read!

The Secret of Oz

Source: Final Wakeup Call | By Peter B. Meyer
Vital is a cultured man. He speaks Portuguese, Italian, Spanish, Veneto dialect and is studying English and French. He knows a lot about History and Geography. He is always up to date and follows everything that happens in the world. He doesn't like parties. A man who believes in love. Who believes that life is only worthwhile when shared. A man who claims that the woman is the reason for everything, as she is the generative source of life. It all depends on how we conduct our actions. But most of all, we need to fulfill our mission in this lifetime. Find the path of Light, which will lead us to our ascension.