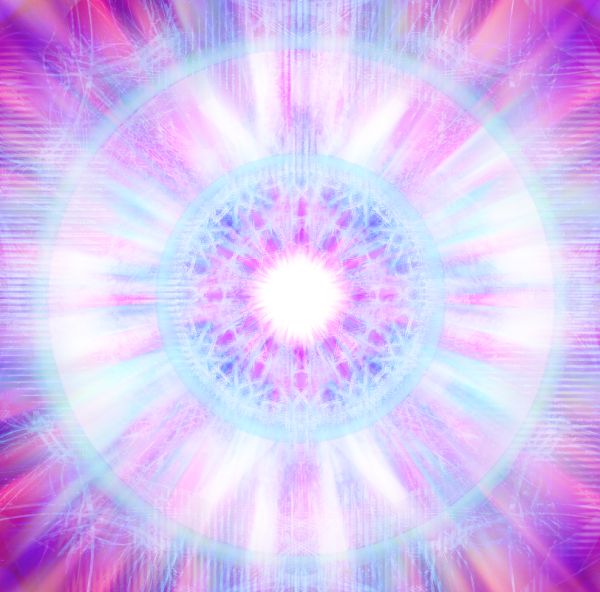 As we emerge from a dark aeon, we have a better vantage point from which to view just how decrepit and destructive the thoughtforms of the past mind-controlled reality had become.  During this massive shift of the ages these constructs are slowly losing integrity, allowing much more freedom to move out of highly controlled structures and thoughts forms.

For this reason, those working against humanity and consciousness expansion are desperately trying to shore up the disintegrating and obsolete structures, which brings us to the topic of Absurdism.  Absurdism is found within practicing satanism, as it shares a common theoretical template with existentialism and Moral Nihilism. Absurdism is opposed to a spiritual context, holding a fundamental denial of the soul's existence and purpose, and a total denial of higher consciousness in achieving a higher morality or Perfect Peace.  Either in life or death, absurdism states that all that exists is in a state of suffering, which forces people to live in a world where only their immediate needs, desires and wants are important, not their fellow human beings.

This philosophy drives the Social Engineering of the Death Culture that is shaped by the NAA, to infuse absurdism into the minds of the masses to have complete disregard for life. Therefore, encouraging rampant killing and deviance, promoting destruction and chaos to become normalized and accepted in societal behavior. This negative behavior repels the inner spirit away from the individual which increases the sensation of personal suffering, which falsely reaffirms the absurdist philosophy.  The more chaotic and destructive humanity becomes, the more absurd the outer reality, which allows Loosh to be generated and extracted for satanic agendas.

In absurdist philosophy, the Absurd arises out of the fundamental disharmony between the individual's search for meaning and the meaninglessness of the universe. As beings looking for meaning in a meaningless world, the absurdist philosophers boldly state that humans have three ways of resolving the dilemma. Obviously, none of the three options being presented are inherently spiritual or acknowledge the divine purpose in seeking one's spiritual lessons in life. Instead, the philosophy of "the Absurd" refers to the conflict between the human tendency to seek inherent value and meaning in life and the human inability to find any.

Accordingly, absurdism is a philosophical school of thought stating that the efforts of humanity to find inherent meaning will ultimately fail (and hence are absurd), because the sheer amount of information as well as the vast realm of the unknown make total certainty impossible. As a philosophy, absurdism further explores the fundamental nature of the Absurd and how individuals, once becoming conscious of the Absurd, should respond to it. The absurdist philosopher Albert Camus stated that individuals should embrace the absurd condition of human existence while also defiantly continuing to explore and search for meaning.

To maximize the efficiency of the Negative Alien Agenda’s gradual takeover of the planet through psychological warfare, their goal is to intentionally destroy moderate social norms and humanitarian value systems, in order to covertly infiltrate the main societal organizational structures of humanity. Social Norms are based on familiar understandings that govern the behavior of members in a society. The role of norms as collective consciousness representations, effectively control and guide human behavior through mental representations that inform appropriate behavior. The covert mainstream agenda is to shape social norms into more extremism and fanaticism, to bring forth the Theatre of the Absurd and absurdist behavior. Essentially, forming a reality bubble that is devoid of meaning through extinguishing humanitarian values, personal Accountability and common sense, breaking society down into a well-designed parody of tragic comedy.

Absurdism is a philosophical school of thought stating the belief that human beings exist without meaning, purposelessly floating in a chaotic universe. In the culture wars promoting the Theatre of the Absurd, the struggle is the human tendency to seek inherent value and meaning in life and God, when there is no meaning or God to be found. The destructive and bloody aftermath of World War II stimulated absurdist views to rationalize human anguish and annihilation, which allowed for its popular development in many of the war-torn social environments. Black Sun Programming took advantage of this vulnerable time in human history to up their game, through advancing Social Engineering experiments into absurdism. Hence, using this same playbook covid became the new religion.

Thus, our 3D world was socially engineered to produce a myopic mental polarization upon gratifying purely physical sensations and indulging excessive materialistic based pursuits, to produce a spiritually bankrupt population. When we look to the outer at this stage of the bifurcation and wonder how humanity got to this point of absurdity, it becomes clearer that this was always the plan of the Controllers.  Such a superficial culture is set up to place value on gaining power and control in any way that fosters instant gratification for selfish motivations, rewarding those without Impulse Control or Empathy. When there is no value or meaning given to life, there is no accountability, no moral or ethical consideration towards the consequences of actions that are directly related to radically increasing world pain and human suffering, such as what happened in World War II. Thus, this absurdist social climate intentionally destroys integrity to produce psychopathic behaviors, making it increasingly hard to energetically interact with many of the corrupt 3D systems.

The antidote to the absurdist behavior fueling satanism is to choose to act and behave as an ethical person. Many philosophers of ancient wisdom have written in depth treatise on ethics, morality and virtues, and most all of it has a basis in following Universal Natural Laws, which are guidance mechanisms left for the people. However, there can be no strict adherence to exacting labels that try to define and describe the nature of ethics, as all aspects can be interpreted differently by each and every person. That is why each person must find the true meaning of virtue-based ethics in the contents of their own heart and soul. In closing, we leave you with an inspirational quote by Marcus Aurelius which demonstrates the value of making a difference through being ethical:

“Waste no more time arguing about what a good man should be. Be one.”