Black Magic and Skin Eruptions
A+ A A- 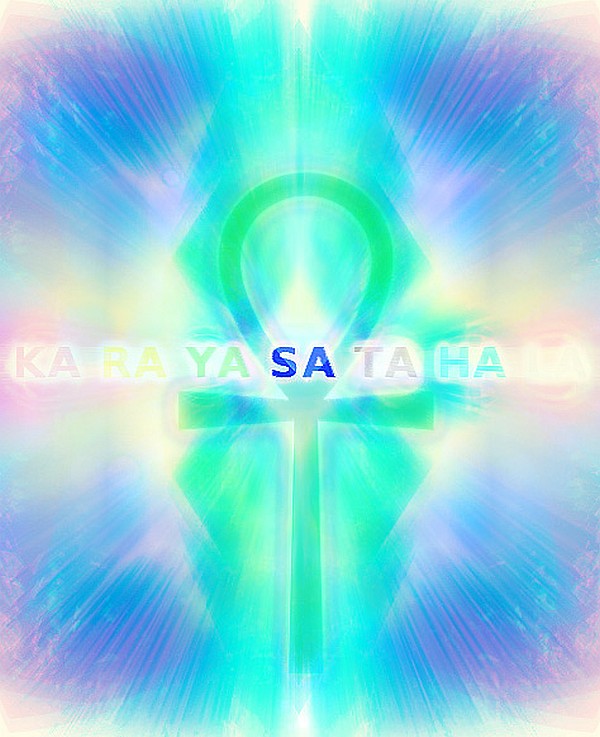 During recent weeks, there has been dramatic adjustments in the rotational axis of the planetary staff which has altered the orbital relationships that existed between the Sun, Moon and the Earth body.  From certain latitudinal positions on the earth grid, the Sun and Moon may appear to have slightly altered its path of rising and setting in different degrees upon the horizon, as well as potentially manifesting other solar and lunar body anomalies.

It appears that there may be attempts taken to manipulate light refraction in the lower atmosphere to camouflage these stellar body changes. As a result of impacts made upon the portal system, there have been a series of intense conflicts occurring over regaining territorial control in some areas of the grid system, such as the Trinity Gates, which are allocated as a transit gate for the earth inhabitants with under 4 DNA strands connected. This event has dramatically altered the primary energy vortices in the Middle East, including the Giza Gate, Temple Mount, Hatshepsut Temple Gate, and the 10th dimensional access portals that directly impact the Phoenix Grid and Golden Eagle Grid.

These areas hold historical timeline trigger events that are important to the Egyptian timeline histories that are still used today to power up the black magic grids used to control the financial-economic structures that run the black magic money system. As a result of the world currency supply being run on black magic grids connected to the Egyptian timeline trigger events, recently there has been a purge of planetary miasma and collective consciousness miasma related to the surfacing of these black magic curses, hexes, spells and related artifacts that seem to impact those that may have timelines connected to the Egyptian histories. The 18th Dynasty in Egypt was the last period in which Atlantian technology and ancient knowledge was being kept secret and protected by the royal families that served the Law of One. They had access to Arc and Ankh tools, and had retained the memories of the events that had occurred during the wars over the Atlantian Colonies which led to the Atlantian Cataclysm. Some of them were wisdom keepers that attempted to keep the ancient knowledge of the Law of One alive for the future generations on the earth, after the Luciferian Rebellion. The historical records of Hatshepsut and Akhenaton’s reign were intentionally demolished in order to destroy any evidence of this fact, in so that this ancient knowledge would remain hidden and their legacy tarnished.

When miasmatic patterns from the Egyptian timelines are rising into the collective consciousness, those of us that are sensitive may exhibit a range of ascension symptoms. These tend to be related to the psora miasm, such as an assortment of skin eruptions that may appear to be red, inflamed and itchy, like rashes, hives, eczema and insect bites. Insect bites are related to the pestilence curse, which was common to curse enemies in so their crops and harvest would fail or become diseased with insects. During the Sumerian-Egyptian invasion, as well as during the important timelines of Egypt, mummification and death rituals were common in order to bless and protect the spiritual principles that existed within the physical body, such as the internal organs and glands themselves. The Egyptians understood the astrological correspondence to the consciousness principles that were connected into the layers of the human body, and built their temples and tombs to be replicas of the sacred geometry that mirrored the human body along with the celestial star maps.  Family members would carefully place the deceased internal organs in canopis jars, and arrange this with other personal memorabilia in the tomb, in so that the body parts would be blessed and this was intended to support their loved one’s journey of ascension towards the stars. Grave robbers were hired to desecrate the tombs of royals or powerful families that had acquired enemies in their lifetime, where black magic was placed on the body, and its organs. It became common practice for black magicians to desecrate tombs, curse the canopis jars, as well as the bloodlines, in order to direct astral control over the consciousness after the death process. Many of the black magicians were not human, and this was carried out by the NAA invading forces that sought control over the royal human bloodlines, inserting themselves into these families in order to hijack the ruling classes of that time.

What is Black Magic?

The manipulation of consciousness technology and the world of forces for Service to Self and negative ego purposes without regard to the consent or consequence of others. There are many different levels of the propagation of Black Magic. Black Magic is a form of Satanism. Until a person has knowledge of what Black Magic actually is and how it is perpetrated and represented in energy, that person is not protected from the effects of black magic. Knowledge protects, while ignorance harms.

Some ways to define Black Magic:

Any of the above may qualify a person practicing Black Magic to be called a Black Magician. Black Magicians exist in the human realm and in every dimension. Many Christos lightworkers deal with Astral Plane Black Magicians, human and non-human, who consistently throw etheric weapons and curses and implants with intent to harm, from the astral or during the sleep state. This is why learning how to contact Krystal Star, focusing on prayer, meditation and krystic spiritual housekeeping is critical at this time of Ascension.

Although some people do not know that this phenomena exists, it is because they are unaware of energetic vibrational laws. Curses, hexes, and symbols for projecting extremely negative energies, negative forces such as demonics towards a person, place or thing do exist and have consequences. This is also a form of Black Magic. Generally, these specific curses are used in ritual and designed with the intention to create harm and havoc upon the object or person that is being cursed.

Also, a common form of the use of curses, hexes, and symbols is to intend harm and issue these negative patterns upon the bloodlines, such as land holders or other powerful families which may have had accumulated wealth or possessions that the NAA desired to steal in order to give it to their genetically preferred bloodlines, who serve them. This is the intended creation of the hierarchical class system of the ruling classes and the slave classes that they control.

Many Alien Implants are artificial intelligence but work similarly as curses, hexes, and symbols. Their purpose is for the same general reason, to generate harm or manipulate negative energies or thoughts with harmful intent.

Black Magicians exist in the human realm and in every dimension. Many Christ lightworkers deal with Astral Plane Black Magicians, human and non-human, who consistently throw etheric weapons, curses and implants with intent to harm, from the astral or during the sleep state. This is why learning how to contact Krystal Star, focusing on prayer, meditation and krystic spiritual housekeeping like 12D shielding is critical during this time of Ascension.

Negative Spirits as it is their nature, will reveal themselves to behave in all ways that are parasitic, vampiric, as manipulators and thieves. They deceive and steal in order to cord, attach and gain energy from their host or target. Sometimes they cast curses, hexes, and symbols to place a Black Magic vibration in their target in order to weaken their aura or to derail a person's spiritual purpose. Their ability to parasitize and control the minds, emotions, soul or physical body of human beings is heavily dependent on whether their target is spiritually strong and internally developed, and how pure and energetically balanced their spiritual lightbody has been built in so to communicate with the higher self and God forces. A strong, balanced and clear aura or neutral energy field, is the ultimate protection from these dark force attacks.

During the Ascension Cycle, the NAA and Controller groups became more advanced as higher computer technology was brought into the lower density levels to more specifically impact targeted individuals on the earth plane. Such as AI quantum computer networks that hold individual DNA and then are programmed with curses, hexes, and symbols that can be used for black magic streams to be directed to that DNA target. That program is on automatic transmission and tracking for the DNA target coordinate location to continually weaken or derail that person. 12D Shielding and knowing the necessity to clear black magic often, is helpful to remove these electronic assaults immediately.

When undergoing ascension symptoms such as these, it may be helpful to intend to clear and remove these potential items of black magic from impacting your general health and wellbeing. It is possible to direct the 12D shield with the explicit intention of clearing and releasing black magic, and to direct the Christos shield to specific body parts affected, in order to reduce the negative effects of these curse patterns. At this time, skin rashes and insect bites may surface, this may be related to pestilence programming and highlights the changes occurring in the body which are similar to detoxification effects. When the body shows sign of inflammation patterns, taking steps to reduce inflammation can be soothing and comforting to the physical body.

With Love and GSF,