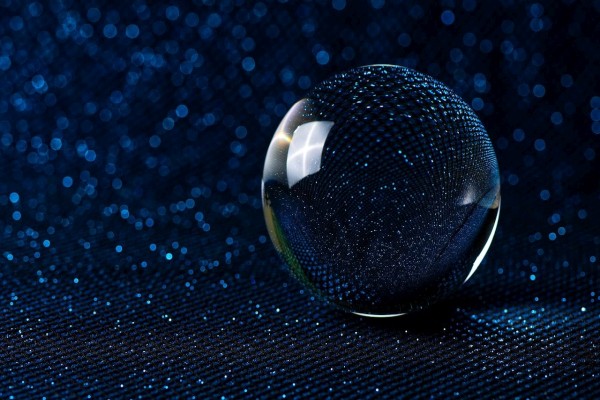 It’s time the truth be known for the sake of the children.

The Global Elite, a group of billionaire eugenicists along with the CCP have made it clear they planned to use a bio-weapon, a virus, to reduce the population followed by a shot that would be even more deadly. They boasted people would march their friends and family to the slaughter house and they would all get rich in the process.

This has been well documented redundantly in their own words. Bill Gates on Ted Talks said the vaccines will solve the overpopulation problem. Read Klaus Schwab’s book, know what is written on the Georgia Guide Stones.

All evidence is pointing to covid-19 as a bio-weapon created in Wuhan China funded by the NIH Dr. Fauci and friends, puppets for the global elite with a history of experimenting with deadly consequences on humanity, “HIV failure” now referenced in the House, the Senate, and finally by the mainstream media. Fauci’s financial records have now been made public showing an astronomical gain off the pandemic, much of which came from the Communist Chinese Party, the CCP. Unvaccinated Billionaires have emerged from the vaccine companies, and many politicians are also heavily invested in the vaccines. Billions have been dispersed to Governors, agencies and even school boards to push the mask and vaccine mandates, demonizing concerned parents.

The experimental gene therapy they deceptively call a vaccine is the only covid vaccine available. You cannot coerce or force any medical therapy or procedure on anyone by law especially an experimental drug not approved by the FDA. They lied, the vaccine approved by the FDA is not on the market yet. Those that coerce or force the mandates are acting unlawfully and not immune to legal damages. There is no presidential mandate only a news release and the president has lost in the Supreme Court in his attempt to mandate the vaccines.

Tests on the contents of the vaccines have revealed carcinogens, toxins, parasites, graphene oxide, a plethora or witches brew of poisons with batches varying from benign to deadly. It is a death lottery, the more you play chances are you will win.

82% of pregnant women in the first two trimesters are having miscarriages, “depopulation”. Over 100 physically fit soccer players have dropped dead due to heart attacks with blood clots. Covid vaccines in the US alone: 983756 adverse reactions, 20,622 deaths reported in “official figures” according to reporting agencies this is less than 1%. Do the math for the real figures. This has just begun and the numbers are rising exponentially.

Hospitals and doctors make up to 100,000 dollars per patient by following deadly protocols, remdesivir, ventilators, etc. upon signing the cause of death as covid. Remdesivir has a 30% mortality rate, causes kidney failure and lungs to fill with water, other complications as well. This recommended policy is a death sentence and incentivizes death. It is also deceptive as to the true numbers of deaths due to covid. Deaths from cancer, strokes, heart attacks, even the common cold and flu mysteriously disappeared with covid taking their place. This has been admitted by the CDC and hospitals are pushing deaths due to vaccines under the rug. They also demonize and refuse in most cases to use safe, effective, inexpensive therapies which are FDA approved with a very high success rate especially in early treatment. Therapies like Ivermectin and Hydroxychloroquine combined with vitamins and minerals hundreds of studies have proven to be highly effective and boost your immune system. The real epidemic is greed and a lack of integrity supported by the critical thinking and research impaired.

Both the EU and the WHO have recommended a cease in all covid vaccinations due to the high rate of crippling and deadly side effects. Their reporting systems are much more accurate than the US which is flawed by design.

The lock downs were a fail unless you were trying to destroy the economy. The masks are a fail, university studies have proven them to be ineffective and cause brain, organ damage along causing bacterial pneumonia and rosaria due to the lack of oxygen and re-breathing of expelled toxins, virus and bacteria. Forcing children to wear masks is by the definition of the word, “Child Endangerment”. The vaccines are a complete fail, do not provide immunity with hospitals filling with the fully vaccinated.

The only thing that has worked is herd immunity, the safe, effective, inexpensive therapies like ivermectin and hydroxychloroquine, “both words that will get you immediately censored” along with other natural immune boosters.

So, what does this mean concerning those pushing the mandates?

They are threatening you, your friends, your family and your children with a deadly weapon and are complicit in genocide.

Legal definition of a weapon,

“A deadly weapon shall include any weapon, device or instrument article or substance that is used or attempted to be used, or threatened to be used capable of death or substantial bodily harm”.

They are killing your unborn children and now going after all children with a vaccine that has crippling and deadly side effects proven to be a complete fail as to immunization. Add the fact that children have almost a zero percent chance of dying and develop herd immunity which is 13 times more effective than the vaccinations.

The only success with the vaccines are depopulation, making the vaccine companies billionaires and enhancing the wealth of anyone who will coerce or enforce their mandates. Mandates are unlawful, unconstitutional, go against the Nuremberg Code, The Constitution and several other universal codes despite the media misinformation.

You decide!!!!!!!! Ignorance or denial is no longer an excuse. It did not work in the Nuremberg Trials neither did, “I was just following orders”. Even the media faced charges during the Nuremberg trials, many were hanged. Does Jesse Smollette ring a bell, the fake hanging incident to pass a law outlawing hanging? Was this a CYA move? Don’t beat yourself up if you didn’t connect the dots. Ponder that one.

History and real science, not profit politically driven science has and will continue to prove all the above correct. If only for the children’s sake, wake up and do something. It is time for personal responsibility and accountability. Doctors and nurses remember your Hippocratic Oath. Lawmakers and military remember your oath. Now is the time for courage and impeccable integrity.