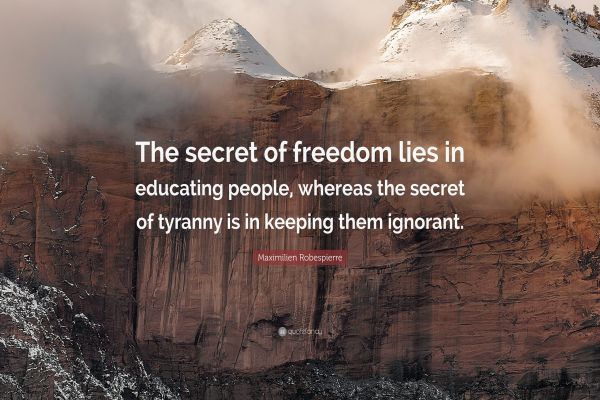 With all this extreme chaos currently going on so many don't realize that it stems from a global control structure. Humanity is having their own victim patterns used against them and manipulated into emotional storms of hatred and violence serving the very people they claim to be against, completely ignorant of their handlers.

What so many people aren't asking themselves is who are the dividers? Who are the profiteers that sit on the top of the pyramid of war and disease? They own your religions, politicians, mainstream media and monetary systems. What many don't understand is they also own your mind and the last thing they want is for you to take the red pill.

This information that is causing the Human Awakening is the red pill. Even when you think you know the truth there's always layers of operations, twists and turns, manipulation and psyops designed to manipulate your beliefs. These off-world controllers have done a brilliant job of dividing humanity including financing both sides of each war going back to Napoleon. These controllers hide behind the guise of religion which demonize and sponsor harm outside of Universal Law upon the human race. Our history has been one big manipulation!

The only way humanity is going to move beyond this enslavement by these off-world entities and their Satanic agenda is to reveal it. We need to move past this low vibrational reality of the almighty genocidal god that has put a veil over our eyes. This current transition and global chaos we are experiencing will ultimately free us from this tyranny. We need to erase the past and ignorance and heal the collective trauma. Revealing our history and how truly everything has unfolded on Earth is the solution to world peace.

We need to know who is and has been perpetuating this fear, guilt, unworthiness, class separation etc. and who are these hierarchies of power and wealth? It all goes back to our true ancient history and that history leads off world. People need to know there has been a war waged for millions of years for total control of Earth between the Anunnaki, Draconian and several benevolent races including the Pleiadians. To this day we have been under Draconian Law or what some people call the Draconian, Archon grid or network.

Why is there so much pain, suffering, satanic child sacrifice, pedophilia, war, disease, racism and senseless death? These inhumane acts are all sponsored by these non-human, off-world entities. Basically, there's been an all out war on Creation by these psychopaths and their anti-human agenda. It's time to wake up and grow up and end the ignorance. This is the solution to personal freedom.

The incredible mismanaged dispersal of wealth and human enslavement needs to be truthfully told otherwise it continues. The revelation of these unseen manevolent entities known as Archons need to be revealed. This particular information will be extremely difficult for many. There will be that time that humanity will be told that we have been manipulated, enslaved by some very dark, negative off-world influence. These Archons are the puppet masters behind the mega elite that call the shots from the banksters, politicians and most religious leaders and all who will do their bidding. We have been brainwashed into playing their game but their game is about to end.

What's hard for many to understand is that this galactic war has been happening in the 4th dimension and is now spilling out in 3D hence, our current situation. This is why you hear many say "the war has already been won" it's just now playing out in our reality, it's our turn. But we all know it's way more complicated than this explanation. This Galactic war is being fought by these Draconian and other negative ET races against the Pleiadians, Arcturians and Andromedans etc. which is to ultimately clear and rid Earth from their control. Earth is the last stronghold, and we are seeing these Archons last last dying breath. We are seeing the current unraveling of this dying draconian grid.

This is a trans-dimensional war, and it already has been won. These armies of God are multidimensional and have their ships. Some of these ships are physical, energy or magnetized light. Just like their ships some of these beings are physical, pure light energy or magnetized light bodies. You don't need to be worried about the ships and ET races that are coming you need to be worried about the ones that have already been here. These negative ET races who stepped out of Universal Law are being recalled, some are being rehabilitated and some are being sent back to their home planet and some will be recycled back to Source.

There are many players in this monumental undertaking for the Liberation of Earth. The Pleiadians that have a major stock in human, animal and plant genetics and were major terraformers of Earth in our ancient past who also created the colonies of Lumeria and Atlantis will have a major role in Earth's restoration process. Earth was never meant to go in a negative direction. It was meant to be an Eden where all inhabitants would be allowed to evolve to its highest potential. Earth was hijacked and Earth is about to be reconciled. We are seeing photos and incredible captures of ships coming in all over the world and this is just the start. Buckle up!