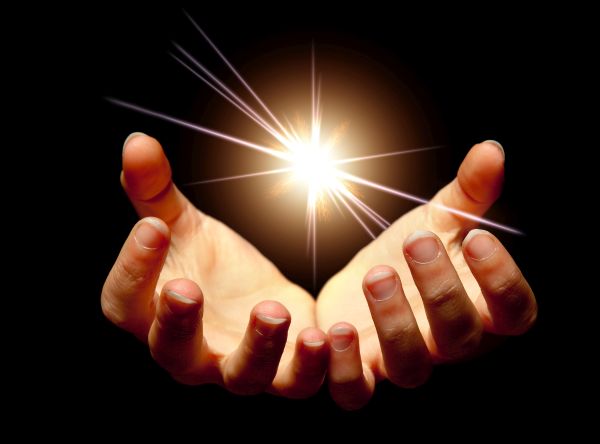 As the DIVINE SYMPHONY OF LIGHT plays louder with cosmic energetics, the “3d” realm is endeavoring to contend with the LIGHT in order to prevent the ascension process of collective consciousness and thus to maintain some semblance of control over human thoughts, feelings, words, and actions.

Also, as the approach of Mercury Retrograde on Friday and the Full Moon on Saturday comes closer, what humanity is collectively transmitting is being allowed to arise for cleansing and clearing.

Like a room that needs cleansing, there must be light for the items in the room to be clearly seen.

So, before dusting and vacuuming occurs, the light switch must be turned on.

In like manner, SOURCE LIGHT is beaming brightly upon what needs to be prayed about, meditated upon, and released—both in personal lives and in global situations.

It is discomforting to experience or to hear about disharmonious happenings.

The thoughts that arise and the emotions that result can disturb the workings of the nervous system and other aspects of the material form.

The reception of LIGHT into our DNA and cellular records is already much to contend with as we transform to crystalline frequency and elevate to greater spiritual capabilities.

Yet, it is the LIGHT that will protect and guide us to TRUTH.

When we engage in rituals based upon our individual paths, we create a vortex of energy–a life force—which is comprised of supernal sub-atomic particles–a quantum frequency—that is powerful beyond our complete understanding.

What happens is that we transmit vibrations and receive back the manifestation of them as material reality—personally, locally, nationally, and/or globally. We, therefore, create a spiritual electro-magnetic force that is capable of changing reality.

This being the case, if enough of the human collective were to pray at the same time, what we term as “miracles” would emerge onto the canvas of planetary life.

Of course, one person can establish a vortex of miracle-working energy for his or her personal circumstances, but this will not alter local, national, or global affairs that are almost overwhelming our planet.

It is collective action that must be taken to create the “New Golden Age” that so many people are heralding.

One candle shining in a dwelling in a relatively small area may light-up that area, but that one candle will not light-up an entire town dealing with a power outage!

Too many people often wait for a “Leader” (political or spiritual) to change their conditions, and when that “Leader” disappoints them (from their perspective), they criticize the person and then look towards another “Leader”.

When that person does not work out, then yet another “Leader” is sought.

On and on this goes—year after year, decade after decade, generation after generation, age after age.

Humanity Has Conquered The Sea And The Air,
Has Studied The Solar Flare.
Neutron Counts Have Been Rated,
The Soaring Of Solar Winds Has Been Stated.
Brightly-Shining Comets Have Been Named,
And For Those Who Discover Various Cosmic Forces, Their Names Are Claimed.
Into Our Planet’s Magnetosphere,
Proton And Electron Particles Come Near.
Such A Phenomenon Is A Billowing Density,
And Steadily Builds In Intensity.
With All That Is In The Cosmos That Is Astir,
To Many, The Author Of It All Is A Blurr.
Gadgets And Devices Has Mankind Created,
But The Workings Of Source Cannot Be Abated.
Mankind May Just One Day Go Too Far
In Piercing A Super-Nova Exploded Star.
Perhaps The Excuse Is That They Were Looking For Creation’s Start.
When They Should Have Delved Into The Human Heart.

We have been gifted with an immense power that is capable of advanced thinking and developing of powerful technology, but too many have forgotten that without the permission of SOURCE, the gift can be taken away if it is used disharmoniously.

It will either be allowed to be a destructive force as a lesson, or it will be rendered non-workable.

Both scenarios can also work at the same time.

Think of the Physicist, Dr. J. Robert Oppenheimer, who developed the atomic bomb.

When it successfully exploded in its initial test on July 16, 1945, he hung his head and quoted from a BHAGAVAD GITA verse which discusses humanity’s fate, and said: “Now I have become death, the destroyer of worlds.” His bombs were used in the atomic bombings in Hiroshima and Nagasaki.

This is one example—a major one—of a disconnection from LIGHT.

Many people around the world cheered the disconnection—the ridiculous capability of humanity being able to destroy itself.

The creation is never greater than the Creator.

Thus, nothing is greater than SOURCE.

As a lesson, however, SOURCE may allow humanity to destroy much of its planetary home because it has not governed its gifts properly.

Many persons no longer even consult SOURCE regarding certain actions.

They do not realize that this SOURCE—this INFINITUDE—this DIVINE ABSOLUTE SPIRIT—has placed much of “ITS” LIGHT within the human heart.

In fact, many have a dark heart because the power is out.

It will take a collective effort to get the power back on. The “New Golden Age” is actually waiting to be “turned-on”.

Let us pray for a much larger percentage of people to go within and understand that the power to turn on the switch has always been, as Yeshua Ha Messiah taught, the “prayer closet”—the heart.