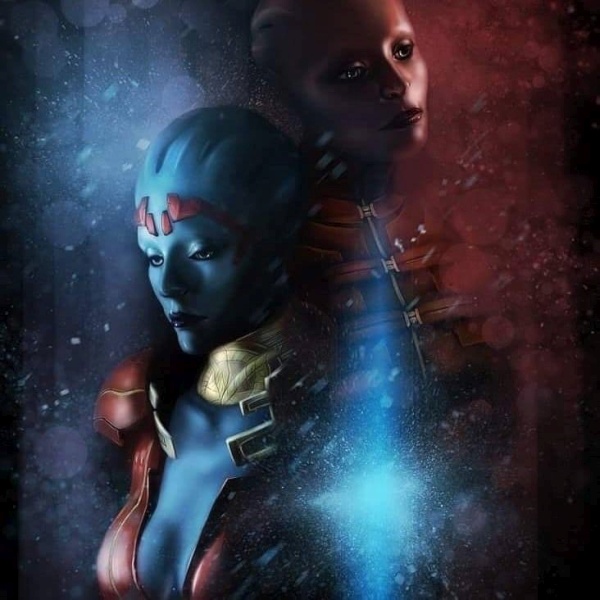 The Super Federation was made up of federations, consisting of hundreds to thousands of planetary consciousnesses. It’s a consortium of human-type extraterrestrials who manage the grand experiment.

The genetic farmer races (GFRs) go from star system to star system, propping up grand experiments to manage and even participate in.

There are 22 genetic experiments, all on a sliding scale from genetic to spiritual. Some are mostly genetic in nature, while some are mostly spiritual. One experiment involved the insertion of the God gene into mankind to make us more manageable.

The Grand Experiment: The local cluster serves as a host for the Super Federation’s genetic experiments. The experiments also include terraforming and the maintenance of plant and animal life on planets that host experiments.

The first human genetic experiments on Earth were conducted after the extinction of the dinosaurs by extraterrestrials who had evolved on planets within the local cluster. The pre-Adamites (has been known as The Annunaki with certain theorists) are speculated to have been involved in this purge.

The Earth was divided into different territories for different genetic experiments. It was then terraformed in preparation for the experiments.

After the defense grid went down 500,000 years ago, many more genetic farmer races infiltrated our solar system and conducted their own experiments. Some of these involved inserting aggressive pre-Adamite genetics into our own genomes.

An unusually diverse selection of plant and animal life was imported to Earth from other worlds. Before placing them on Earth, they were genetically modified to be compatible with Earth's biosphere.

The genetic farmer raced, harvested genetics from all across the galaxy, and spliced it into hominids on Earth to create Homo Sapiens. This is part of their grand experiment.

One side effect of all of this genetic tampering is that we have an unusually wide spectrum of emotions, cognitive potential, and above all, an extremely powerful codependent super consciousness.

The target group’s spiritual density and technological progress are managed and manicured so that they coincide with the planetary cycles and with the influx of cosmic energies. This involves occasionally seeding minds with revolutionary ideas.

Competing programs are continually surveillance and sabotaged. There is a constant struggle to keep the experiments uncontaminated and to mitigate the sabotage. This peaked when the pre-Adamites set up their own experiments about 55,000 years ago.

Because a lot of these programs are in competition, in that each genetic farmer race would like to see their agenda completed first, the experiments were kept segregated from each other. They were segregated using mountain ranges and bodies of water to their advantage. Sometimes, multiple experiments were placed in the same region if they coincided with each other.

Racism was instilled into human cultures to discourage race-mixing, which pollutes the experiments. Two of these experiments are the Hebrews and the Native Americans.

Some of the experiments involve the extraterrestrials incarnating as us. This way, they can abduct humans from their soul group and skirt the law of non-interference.

Mankind was given a pre-Akkadian root language related to the language the GFRs use amongst themselves. As a result, humans were discovering the power of their codependent super consciousness too early in the planetary game, so the GFRs created language barriers. This also made it easier to separate the various experiments.

Humanity was given religion to expand our spirituality. It was also designed to separate us.

Humanity is on a timetable; our gradual, assisted evolution is designed to complement the higher-density energy that is entering our solar system as it moves into the Local Interstellar Cloud.

All of this genetic modification will dramatically accelerate the development of our co-creative abilities as we transition into fourth density.

The endgame of the grand experiment is for humans to join the extraterrestrials in the Confederation of Planets.

In December 2017, the 22 genetic experiments were suspended by the Council of Saturn. The service-to-others participants were ordered to help humanity guide its own genetic and spiritual development, free of covert ET interference.

The Super Federation Council meets at a conference center within a temporal well, located in a LaGrange point between the orbits of Jupiter and Saturn. This well was created outside of our reality. There are entrances into it from other galaxies. You must “punch out” at the same point you “punched in,” or else you will get trapped for centuries. Other beings will intervene if this happens.

This council is ultimately governed by the Council of Saturn, which controls affairs within our solar system. No technology is allowed in the conference center as a precaution against A.I. infection.

Each delegate represents anywhere from several to thousands of star systems. The delegates include Nordics, Insectoids, Tall Greys, Ebens, Shining Ones, pre-Adamites, Tall Whites, Oranges, Aquatics, and Humans. Humans didn’t begin to rotate in until the 1980s. The Earth delegate is a rotation among the Secret Earth Government Syndicates.

The Nordics have a clerical role in the council and are the most active in meetings.

The Insectoids are the genetic masters of our local cluster. They are involved in several genetic programs. The Asian-looking group has a frosty relationship with the Insectoids.

Many in the Super Federation use short Grey avatars to do their abductions.

The Draco Federation Alliance has representatives who attend these council meetings. They can be Ant beings or human-like reptilians.

There is another human delegate seat reserved for the Sphere Alliance delegate. The SSP Alliance provides IE support for him.

Each delegate brings along two peripherals. In the case of humans, we bring along IE support.

Out of the 60 attendees, there will be a few groups working on one program together, and some groups will be working on more than one program, as long as they are not competing programs. Small humanoid “page” staff hand out smart glass pads to the delegates and their associates.

When the genetic farmer races first came into an uncontested region, they had a whole routine of making claims, having skirmishes over those claims, and eventually settling with a treaty. These treaties are abided by until the “cosmic” component of the grand experiment is completed. That is until humanity ascends to fourth-density.

These groups keep tabs on competing experiments and will often abduct people belonging to those experiments to assess their genetic, spiritual, and consciousness progress.

Q1 What is the Galactic Federation? Who are its members?

A: I have referenced it as the Galactic Federation, through Tear Eir, while the Anshar are calling it the “Galactic Confederation.” The members are highly spiritually and technologically advanced (6th + Density) civilizations that cooperate to facilitate both cosmic law and the various cosmic cycles. The members of the Sphere Being Alliance (Guardians) are members of this federation.

Q2 How is the Galactic Federation different from the Super Federation?

A: The Super Federation is made up of 4th-5th Density beings that compromise the “Genetic Farmer” races as well as civilizations that were products of the “grand experiment” that advanced to the point of becoming a part of the group doing the experiments. We are supposed to be graduating to this same point very soon. The Galactic Federation, as stated above, is more responsible for maintaining this Universe/Reality for the One Infinite Creator and exist within what we would consider Other Density or even an Angelic realm. One of the messages I got from the SBA was, “We are the messengers and facilitators of the One Infinite Creator.”

Q3 You say that Earth Representatives will be joining a newly reconstituted Super Federation. Does Earth have any representative role with the Galactic Federation?

A: No, the Galactic Federation is for 6th and higher density beings. Humans are considered 3rd-4th

Density Transitional Beings. We are set to finish that transition in a relatively short number of years.