Is the Public’s Memory Being Altered Through the Internet? 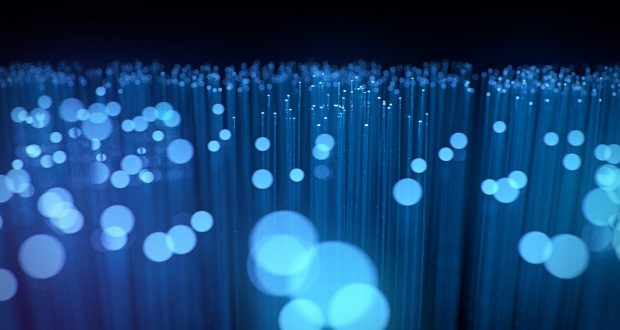 For the average American, the internet acts as a modernized version of an encyclopedia. Information on just about any subject can be found within seconds. This ability to retrieve information so effortlessly has unfortunately resulted in reliance on the internet, leading to a range of strange and sometimes inaccurate beliefs.

Not only do we tend to reach for our phones, tablets or computers whenever we need a quick fact on a particular subject, but we also rely on the internet for updates on current events and daily news. Even those who don’t seek out news websites tend to come across news articles on social media at some point and old stories seem to resurface randomly.

With modern society’s reliance on the internet for information and knowing how unreliable the media can be, could it be possible that the public’s memory is actually being altered through the internet?

The Internet Has an Effect on Memory

First, it’s important to understand that the internet does have an effect on memory. Exactly how it effects our memory has been researched more than once and the findings were somewhat alarming. When asked trivia questions, people were more likely to rely on Google than they were to independently recall the answer.

Those who believe they will be able to directly access information later on, such as on a computer, are less likely to memorize facts for themselves. As you can imagine, cognitive offloading like this can have a huge impact on learning and our ability to retain information.

The longer we rely on the internet for information, the more likely we are to lose our ability to memorize and fully comprehend. Contrary to popular belief, learning more actually improves memory so the less you’re required to remember, the less you’ll be able to remember.

There Are Other Dangers

Making a habit out of cognitive offloading isn’t the only danger of using the internet. Since the early days of the net, hackers have been a threat to internet users and they continue to be. With the right set of expertise, anyone can access your computer, as well as your online accounts.

They can alter your data however they please and spy on your online activities to obtain information about you. For the average internet user, proxy services can help prevent them from becoming a victim of a cyberattack. Yet for big businesses, it’s not as simple. They’re targeted more often since they have more to lose.

Websites can be altered by hackers too, and if that occurs, they can easily spread whatever information they’d like. If they decide to take control over a news site, imagine how they can toy with the public. Since we already rely so heavily on the internet for facts and tend to believe it’s a credible source for information, what we thought we remembered about any event could be altered.

It’s no different than when you doubt your own memory of an event just because your friend, who was there at the time, remembers details you can’t recall; trusting your friend, you decide they’re correct and assume that’s what actually happened during said event.

Hackers aren’t the only ones to blame for the wealth of misinformation and fake news that’s spread around the internet. As we all know, sometimes the mainstream media purposefully bends the truth for their own gain and anyone else with a website can do the same. Social media websites, such as Facebook, have made the sharing of misinformation and the resurfacing of old news very simple.

By paying for ads through Facebook or using a catchy enough headline, links to what seem to be news articles can spread like wildfire. To gain added attention, past news articles are re-published and shared as though they are current. Sometimes the motive of the poster has nothing to do with altering the public’s memory and is solely for revenue, but coming across what one might assume is credible information can cause people to doubt their own recollection of an event.

Even if a well-known source is posting a news article, it doesn’t necessarily mean everything they state in their article is correct. Anyone can have an agenda, and the internet is a great place to push it. About half the world’s population has internet access and cable TV isn’t as popular anymore, so posting online is the best way to have your point reach the most people.

That being said, if the government or anyone else wants to alter the public’s memory of a specific event, the net ishow they will succeed at doing so, and it seems they already have at least once. At the same time, the internet can also be used against those with an agenda to push, due to the ease of publishing conflicting information that could quickly change the public’s opinion.

As our memory gets poorer from relying on the internet, so too will our collective ability to recall events accurately. Our reliance on the net for cognitive offloading comes with the risk of decreased recall worsened by undue confidence.

The internet also comes with the risk of events being altered or doctored by both criminals and official figures seeking to hide the truth or change the light in which we view the past. Fake news threatens how we view the future by warping the narrative by which we understand our world.

Our best defense against all of this is practicing old fashion memory skills without the help of the net while learning to identify false stories. By maintaining confidence in our own recollection of events, we’re less likely to become victims of rewritten history.

About the Author: Carla is a blogger who focuses on exposing the truth about the government and mainstream media. She also believes in the importance of sharing how the internet can be used against us.
Source