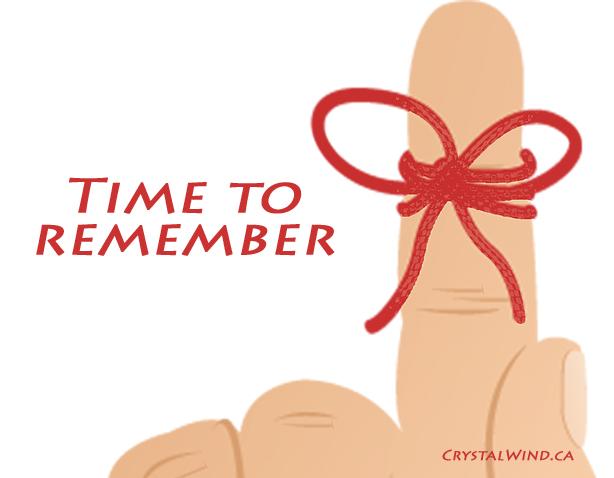 We are going to take another trip in the wayback machine to refresh the memories of those who are critically thinking, research impaired suffering from acute denial and cognitive dissonance. When the big chemical companies brought out DDT despite the warnings and sprayed it on everything including the children the “authorities’ said it was safe, a miracle solution nothing to worry about. They created nuclear energy as the new clean energy, ignited nuclear bombs without even knowing the consequences telling us just get under the desk and put newspapers on us to protect from fallout. Now the planet is riddled with nuclear dump sites, ticking time bombs. We even pay the people responsible billions to clean up their own mess of which they have failed miserably.

Did you know the top scientists were working on a plan to stop global warming by igniting nuclear bombs around the planet some wanted to blow us further away from the sun?  Then they brought out a host of herbicides despite the warnings and the authorities said it is safe, a miracle for increased crop production. They used them in the forests and on water sheds then the still births started appearing and the fish went belly up. They sprayed agent orange on our troops in Vietnam saying it is safe, all those horrendous side effects, neurological disorders cancers are all in your heads. They told us Round Up was so safe you could drink it. When challenged to do so they declined later to find out it creates cancer, kidney and liver failure spraying massive quantities to this day on roadsides and river banks. They created GMOs terminator crops to corner food production then sued farmers when they contaminated their crops for patent violations.

They are the war profiteers that brought out depleted uranium in the Middle East Wars telling the troops no worries, it’s safe to handle now the sand storms are creating birth defects, toxic even deadly. It did however help dispense with a lot of the radioactive materials. Their solution is dissolution guess what is raining down on you in the chemtrails? Not to mention the heavy metals that are accumulative.  They injected the troops with concoctions in a grand experiment putting most of them on timers yet when the side effects came, they labeled it as PTSD, psychological.

Now we have the “vaccines” which are not vaccines, they are gene modifiers, operating systems delivered using aborted fetal tissue, another unholy big business in a mass experiment not sanctioned by the FDA nullifying your life insurance. Let that one sink in. They did not tell you this did they? They did not tell you that you chose to participate in an unsanctioned experiment bullied by the press, politicians, and brainwashed employers. The neurological disorders, organ failures and deaths to come are at your own hands, by your own consent . Anyone ask what happened to the test animals? Those that did not die, died later when infected again by a cytokine storm similar to aids, their immune systems went on hyperdrive. Could this by why people are coming down with HIV after the jab or are they finding the virus in the vaccines? Did you know those who took the previous, Jabs the flu vaccinations had more severe reaction to Cov 19 and now research is showing there will be an even more severe reaction after the vaccine to any new virus which could be terminal.  All for a virus that has a 99.8% recovery, some are asymptomatic others experience a mild flu according to the CDC. Those with a compromised immune system, previous serious illnesses, in rest homes and hospice where the main casualties, numbers not any higher than previous flus. Knowing this many Governors filled the rest homes with those infected, some wrote books praising their heroic response.

Are you listening to the doctors and researchers who are not bought and paid for by big pharma, or are you listening to the eugenicists that are making billions off the vaccines and test kits, yes those kits with a 86% false negative that a goat, pawpaw fruit and a can of coke tested positive? A test kit even the inventor said should not be used to test for Covid, who died recently after going public.  Why are extremely carcinogenic chemicals found on the test swabs, nanomaterials, other agents applied directly to the closest place to the brain, where the protective shielding is thinnest?   Again, they say this is safe and anyone who questions them are conspiracy nuts anti-science and anti-American.  Is to be an American to follow like blind sheep what-ever the, “authorities” tell you considering their past record? How many drugs were branded safe only to find out later they had serious side effects, sterilized the recipient, created birth defects and in some cases were terminal? Has anyone asked just who these chemical and pharmaceutical companies are, are they multibillion dollar industries that have been around forever? Do they support the N.W.O. and its plan to remove 13 out of 14 people off the planet as stated openly and written on the Georgia Guidestones? Have they ever been held accountable, do they have a history of creating serious harm to humanity and the Earth? Were some of them involved with Nazi Germany in the past experimenting on humans against their will and providing chemicals for the gas chambers, did they provide the tracking systems, the papers, catalog who is to live and who is to die? Who has been creating these toxic chemicals and drugs, how did they become so fashionable, who sanctioned them in the past, what government agency and can they be trusted now?

Whether done in ignorance or in full knowledge there is a history of genocide and coverups, with no personal responsibility. Big pharma, the chemical companies, corrupt politicians have all allowed this to happen and it is continuing to happen unchecked by the ignorant and willing masses. Despite this history people are lining up to participate in their own injury and demise. When you try to save or educate them, they turn on you, families, friends, the socially engineered label you as a fanatic, conspiracy theorist, nut case. This includes the complicit mainstream and social media with their heavy censorship programs.

Those that shame you only establish their own ignorance and character, how dare you stop the lemmings from going over the cliff, stop them from their self-imposed injury and slaughter taking their children who trust them to protect them right along with them. All for a paycheck or fear of rocking the boat.

This has become like the time machine when the above ground humans could not be diverted from becoming dinner for the Morlocks. Read 1984, Fareignheit 451, Brave New World these were not fiction, they are now documentaries of the present administrations behavior. Double speak is real. How long will this madness continue? Personally, if someone lies to me once threatens or causes harm to me, my friends and family they are gone, toast, persona non gratis.  Yet the masses in ignorance line up repeatedly for the same results.

“Are we really that ignorant, critically thinking impaired, socially engineered to the point we cannot see the obvious despite a long history of deception, injury and death by the very same people?”

Do you really think these same people have your safety, health and wellbeing first and foremost as their agenda? Do you think black lives matter to them, any other culture or race? Divide and conquer, all the race and gender wars take the spot light off of them.  If you have not figured this out by now God help you. It will take a miracle or a real hard lesson to turn this monumental denial around. That hard lesson is coming. Do not say you were not warned. Do not put your salvation in the hands of anyone or any institution who not only have repeatedly failed in the past but may very well have been the cause. They created the problem, generated the fear, reaction, and now are providing at the cost of your health wellbeing and billions the solution. Or are they? Will this create even more problems in the future as all their past solutions.

Wake up. In the words of Einstein doing the same thing over and over expecting a different result is a form of insanity. We have become an insane civilization. We have forgotten the beauty of Nature and the commitment to the children to protect and keep them safe. Not everyone however and they will rise. This is not a political war it is a multidimensional war against good and evil. You're not alone. Ask.

Godspeed and pass this far and wide.

James Gilliland is a best-selling author, internationally known lecturer, minister, counselor, multiple Near Death Experiencer and contactee. James is recognized world-wide as the founder of the Gilliland Estate, previously referred to and commonly known as the ECETI Ranch (Enlightened Contact with ExtraTerrestrial Intelligence) where he documents and shares amazing multi-dimensional contact phenomenon which can be viewed at www.eceti.org. His weekly As You Wish Talk Radioprogram on BBSradio.com draws an audience from around the world who are interested in truth and Higher Consciousness.  © James Gilliland, Self-Mastery Earth Institute & ECETI Enlightened Contact with Extra-Terrestrial Intelligence
www.eceti.org
www.bbsradio.com
ECETI Stargate YouTube
back to top