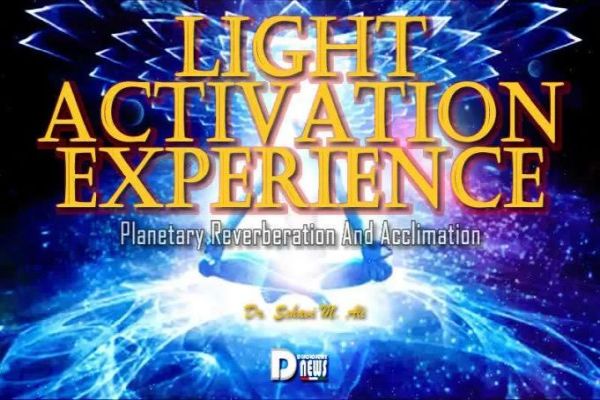 Earth/Gaia is reverberating from intense cosmic events which have occurred for many days: mid-strength to high solar flares (“C-Class” and “M-Class” and two of “X-Class” potency), strong solar winds (most above 500 km/s), the KP Index being rated as “Unsettled” or “Storm”, our planet moving through co-interactive regions causing shock waves, high neutron counts, our planet’s magnetosphere being enveloped with dense plasma waves, and more.

Many of the energy waves have come from both our planet’s Sun-facing side as well as the far side. With our Sun being so much larger than Earth/Gaia, all solar events have some effect upon “Her” as they do all of creation as well: humans, animals, planet life, etc.

All of these are huge energetics—not little glitches in happenings in space.

Everything in creation has an energy (life force) which can also be referred to as “Electromagnetic Signature”.

Our collective thoughts, emotions, words, and actions send forth energetics into all of the cosmic realm, and then the human energetics attract certain cleansing and clearing situations accordingly.

When the larger percentage of humanity is leveled-up harmoniously (as it was in the previous “Golden Age” [known in the Vedic scriptures as “Sattva Yuga” which translates as “Age of Peace]”), there is global tropical weather, and peace, love, perfect health, joy, and abundance for all.

This occurs after the rise to “Yugas” which come before it: “Dwarpa Yuga” and “Treta Yuga”—timelines when larger fractions of humanity awaken to Divine principles.

In “Dwarpa Yuga” the percentage is 1/2 and in “Treta Yuga” the fraction is 3/4. Finally, in the “Golden Age” everyone is awakened.

In the current world that is still filled with the chaos of “Kali Yuga” when only 1/4 of humanity are awakening, it seems to many only an impossible fantasy that the entire globe can be harmonious and thus free of discord.

Such belief proves that our planet has been outside of collective harmony for far too long in the space/time continuum.

In this “Twilight of Kali Yuga” (ending phase) when LIGHT is advancing so amazingly into our galaxy, solar system, and planet to cleanse the past out of our cellular records and DNA and subsequently performing upgrading in our “Spiritual Quotient”, many are attempting to hold onto particular philosophies, man-made religious indoctrinations, historical untruths, political confusion, dangerous medical research, and more situations that have been the ruin of many past civilizations and which have been warnings to this one. In the way that mankind tends to calculate time, the current “Kali Yuga” began in 4300 B.C.E.

So, it did not begin just a few generations or centuries ago.

Hundreds of thousands of years of disharmony have been the main “entree” of this planetary realm.

As LIGHT surges into creation “Now”, it is uncomfortable as it does its cleansing and clearing, but there is nothing “wrong” with anyone, regardless of how discomforting the process of change may be.

Rest and spiritual and natural nurturance are required in order to acclimate (adjust) to the constantly incoming LIGHT at increasing vibrational frequencies.

This is the process of LIGHT AND SOUND TRANSMISSION AND RECEPTION that is so often discussed.

LIGHT comes; we receive it; we adjust to it.

The LIGHT makes its appearance via what can be researched such as solar flares, winds, and other cosmic events, but it also comes in ways that cannot be readily seen or researched because it comes via SOURCE FREQUENCY which is far higher and far more intense than even what “IT” allows humanity to study by technological equipment.

The word “symptoms” is now possibly not an adequate term because it can cause people to think in terms of being unwell and to focus on seeking-out what is currently considered to be traditional allopathic medicine which can be very harmful to a physical vessel that is being transformed by SOURCE which has designed it in the first place!

Words like “multi-stranded” and “crystalline” are now the norm in discussing the transformative process.

Every aspect of humanity is being re-designed: mind capability, emotional settings, new communication styles, and actions. Yet, there must be a willingness to receive and acclimate to the LIGHT.

If its transforming properties are interfered with via erroneous thoughts, feelings, words, and actions (and it can be via how free will is employed), then there can be continual experiences of “Kali Yuga”, and thus, it will last for a longer period.

We have the power to change our planetary experiences individually and collectively.

In one of the world’s scriptures, it is stated that we have been given dominion over this planet. Dominion is defined as mastership, as power.

Cosmic events are not going to cease. They are climbing up and up. They are for our good.

SOURCE is often characterized in ancient scriptures as UNALTERABLE GOODNESS and as LOVE and LIGHT.

We are being prepared for an even more profound cosmic event to occur.

Perhaps it will be the brightest, most emblazing solar flare that humanity has experienced in so-called “modern” times.

Perhaps it will be something that we cannot even imagine.

However, it is clear that many who are highly intuitive or who are highly spiritually-oriented such as Acharyas, Gurus, Yogis, Yoginis, etc. who are constantly attuned to their HIGHER SELVES/SOUL/SOURCE are sensing an oncoming major global event that will not be able to be ignored, played-down, or controlled.

Let us, therefore, remain anchored to SOURCE via our various spiritual paths so that we can enjoy the coming intensified SOURCE FREQUENCY.

Often recite this phrase which has been suggested previously: I AM BLESSED BY SOURCE LIGHT!

It is calming, protective, and healing.