Genetic Modification of Human DNA
A+ A A- 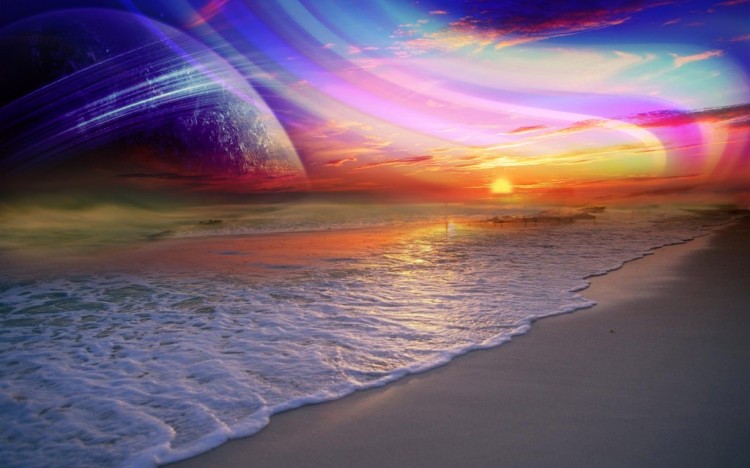 Prior to this there had first been an etheric/angelic guardian species on earth beginning 35 million years ago, and then a reptoid/dinoid group joined them peacefully about 26 million years ago.

Subsequently an intelligent native-born pre-cetacean species (humanoid land-based fully conscious whale & dolphin-like species) evolved on the planet and lived in harmony with the other groups.  Thus Earth was a showcase planet in the Galaxy to demonstrate how different life-forms could live together in peace and harmony.  We will be this again soon – in an enriched form.

Then 6 million years ago Humanity developed on Vega (a star system in the constellation of Lyra) – initially as a higher primate form.  By request of the angelic & pre-cetacean groups on Earth, the planetary guardians of Vega allowed intervention to greatly speed up the evolution of humans into a fully conscious species (along lines somewhat similar to the Monolith in the films “2001” and “2010”).

The Human species then spread to Sirius and The Pleiades, and finally to Earth about 4 million years ago.

Hyperbornea (Hyperborea) flourished from 2 million years ago as the first true Human civilization on Earth, but it was brutally destroyed by the reptilians 1 million years ago.  The Galactic Federation then drove off these reptilian invaders but not until Mars and Venus had been ravaged, and the planet Marduk/ Maldek/Bellona between Mars & Jupiter had been destroyed.  And the human group on Earth was destroyed.  A time of “Star Wars” indeed.

Humanity returned to Earth from Sirius and Vega to found the glorious civilizations of Mu and Lemuria 900,000 years ago.

And so The Last Golden Age took place on Earth.  This pure and noble civilization flourished on a great continent in The Pacific Ocean (the south-eastern sea-border of Australia is a remnant of this marvelous land – as are the islands of Hawaii and Fiji).;

The Lemurian people were only half manifest on the dense earthly realm.  They still had a significant etheric essence, and lived in conscious harmony with the planet and all her life forms.  Many of these people were semi-transparent and had a blue colouring to them.  Beautiful liquid crystalline workings were done, along with harmonious directing of vibrant life energies.  Much of this seemed to be organic plant-style growth, and harmonious directing of natural energies.  Conscious Earth Magic in action.  People lived in extended tribal or clan groupings, and were one with The Source.  Consciousness and symbiotic connections were prized.

Atlantis was then founded as a daughter colony of Lemuria on a great continent in The Atlantic Ocean, and at first was also a great civilization.

Other peace-loving beautiful daughter colonies of Lemuria were established in northern India & China (centred around modern-day Tibet or Shangri-La), around Greece & Crete (the Ionian culture), and in the central Americas and the Andes mountains.

The Atlanteans prized the intellect and their accomplishments – perhaps under the influence of the nature of the land they were living on, and of the different space beings visiting them. They developed wonderful technologies – many of them crystal based. They were great builders, loving pyramidal structures. They also loved working with powerful energies, and shaping great changes & improvements for the earth. Technology and power were prized. The Atlanteans were the first humans to fully and completely manifest on the physical earth plane.;

However the Atlanteans became too fascinated in their scientific accomplishments and they became closed-hearted – preferring The Intellect to The Heart. And so they lost sight of GOD.

The Falloccurred on Atlantis some 26,000 years ago, when it was infiltrated by reptilian Dark Lords who came from another realm via the Crab Nebula & The Pleiades. These Dark Lords seduced humanity with promises of power and wealth through the use of intellect and ego over the heart. They introduced hierarchical controlled structures to society, and elevated the intellect and the technology which the rational logical mind can produce, to the level of godhood. They became servants of the ego.

As a result the Atlanteans turned on their mother Lemuria, thinking they could do better and that Lemuria no longer deserved to exist. And so Atlantis destroyed Lemuria by causing a moon to fall into her.

This Fall caused great confusion and introduced the curses of fear, separation, aloneness and illusion to humanity. People acted from blindness and grabbed power from each other through manipulation and control games, because they had been cut off from their own true source of power – which is Oneness with GOD. Indeed humanity had lost sight of GOD.

However when Lemuria was destroyed, many Lemurians were able to escape, taking their wisdom and accomplishments with them. Some went into space to other planets with their Sirian space brothers. Others went down into the Earth and established the civilization of Shambhala in the great spaces within Mother Earth.

Then on late Atlantis came breeding experiments, gene manipulation, implants, heavy metal encodings, and vivisection as scientists tried to produce a subhuman slave race to serve them. This resulted in the mutation of humanity physically & spiritually into a stunted & crippled form.

Then finally Atlantis sank under the weight of her abuses and misuse of power & crystal technologies nearly 13,000 years ago, as she fought a war with the Ionians and lost. She too was sunk by a moon pulled down on her on the same date as Lemuria sank – All Soul’s Night (Halloween). And now the stunting of humanity was worsened due to the genetic effects of excessive solar & cosmic radiation caused by the partial destruction of The Firmament around the earth when Atlantis sank. So The Fall of humanity into darkness & unconsciousness was complete. Under the hands of the remnant Atlantean dark overlords (“god kings”), daughter colonies spread out from Atlantis taking this disease of separation from Oneness & fear-based hierarchical control around the globe, and building great empires in Egypt, Greece, China / India and South America. Strife and warfare reigned supreme.  Thus came the “Wars Of The Gods” in the ancient epics. These great kingdoms escalated their conflict to such a degree using thermo-nuclear and light weapons, that finally they accidentally destroyed the remnant of The Firmament (a great protective ice layer in the atmosphere), and so caused The Great Flood 10,000 years ago. The resulting bombardment of solar radiation, the destabilization of the earth’s weather system, and the trauma of The Flood, all further stunted and reduced humanity to our current level of darkness, depravity, fear and violence. And so this has continued to the present day.

But all this is now changing as we reawaken and co-create with the Source, the New Reality of “Heaven Come To Earth” with the completion of The Great Shift Of Ages in 2012.  We are being assisted in these changes by Earth’s Ascended Master and angelic groupings, as well as by our Space Brothers. The ancient Lemurians are also returning to help us – both those who left with our Space Brothers and are now returning, and also those who went underground to the ancient civilization of Shambhala, and who kept the light of Truth and Oneness alive within the core of Mother Earth.

The Laws of The Old Reality were: Ego, Fear, Control, Separation, Illusion, Duality, Pain and Suffering.

The Purpose of Life in The Old Reality was to evolve as a more spiritual being through experience, pain and suffering over many lifetimes in order to comecloserto GOD – but never to actually be one with The Divine.

THE NEW REALITY THE NEW MATRIX

The Laws of The New Reality are: Oneness; Be One with GOD; See GOD in all things; Be Love, Wisdom and Power Embrace all things even the negative for they are all of GOD; live by surrender & allowing; and let Inner Being move you to do whatever is true at The Core.

The new Life Purpose is for each of us to live as GOD walking now on Earth manifested in human form, and live to be of service to The Divine Plan, to GOD, to Humanity and to Mother Earth.

THE LAW OF ONE is the fundamental law of the New Reality. It says “Allow each and every thing to be in its’ true frequency, and then all is in peace and harmony.” Allowing, surrender to GOD’S Will, and actively living the Truth of the Heart are keys.

We are currently living in times of transition between The Old Reality and The New Reality. Hence both the old and the new matrices are present, but neither is fully available.  We can choose to be focused on either one or the other matrix, but not both.  We can also be anchored in the New Reality while having a “storefront” at the dimensional border so as to assist those who are genuinely seeking to move upwardly.

We are moving through various stages of awareness as a total group – see the gateways of the 11:11 activation talked about by Solara and others. This transition process is due to be completed by the end of 2012.

Along the way there are increasing upheavals in our social fabric and also in the fabric of our planet earth (earth changes), as well as in our individual bodies, minds & energy systems, as we all realign to the new levels of light and of consciousness which are awakening for us.

There is ongoing assistance from the Ascended Masters (especially St. Germain who is overseeing the earth changes), and from the Space Brothers, during these change times.

This is all in accordance with The Divine Plan, and everything is on track.

You’re Part of Our Galactic Team ∞The 9D Arcturian Council